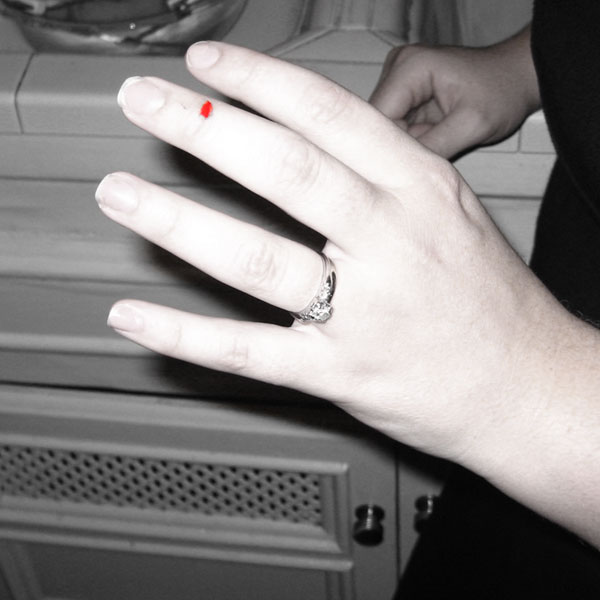 This is Corelyn’s hand. She cut it whilst making dinner. Now she’s left, to go watch Vampire Diaries (actually she just called me to remind me of the Italian Festival at Hollywood/Highland) and I am here, with Jeff, who fell asleep. So I’ve decided to get you up to speed with Corelyn and I, what we’ve made, where we stand. 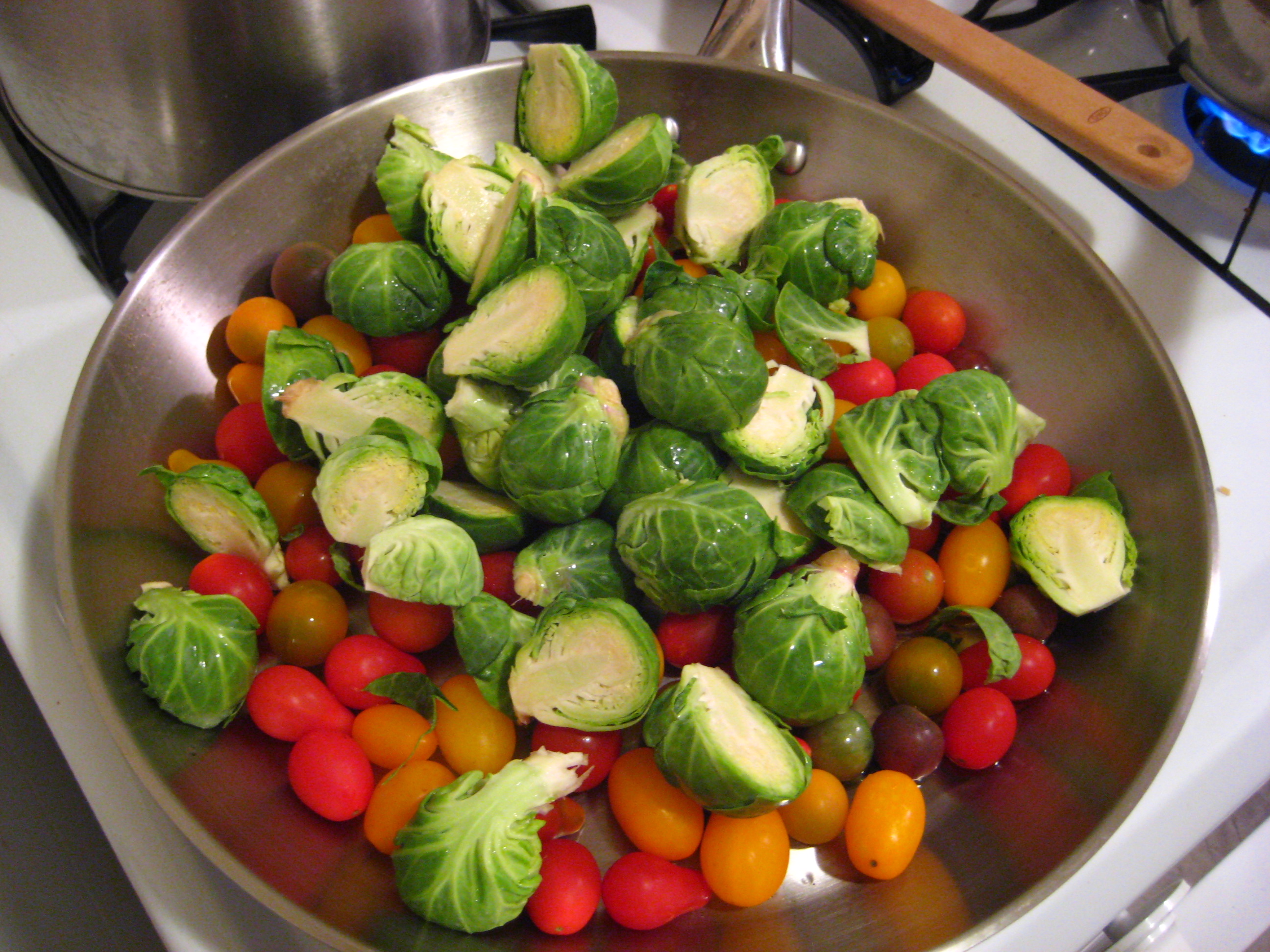 Brussels and Tomatoes. A fave here at the HAP house. 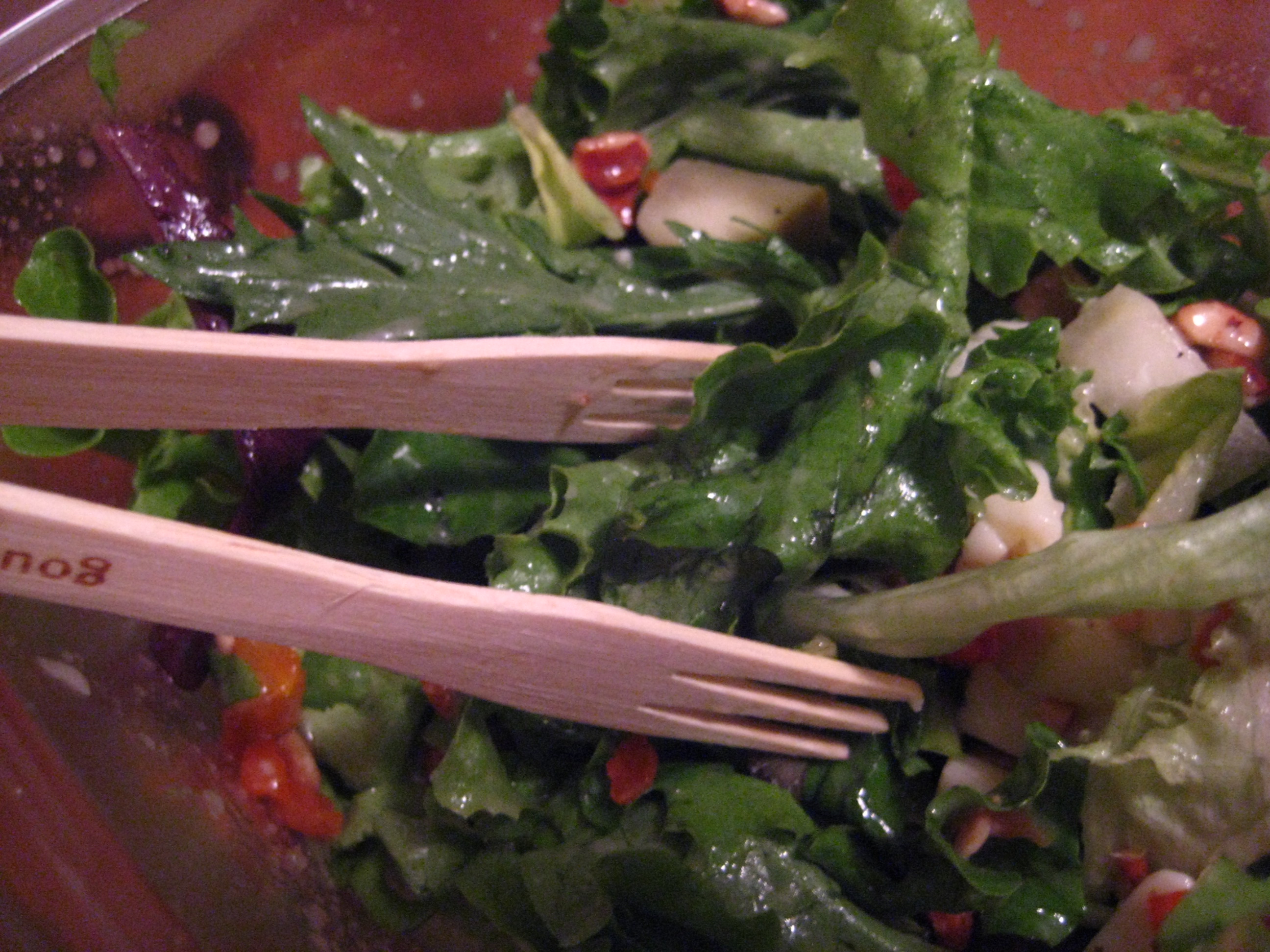 Chop stick forks that came in a pre-made salad, I think. Perfect! 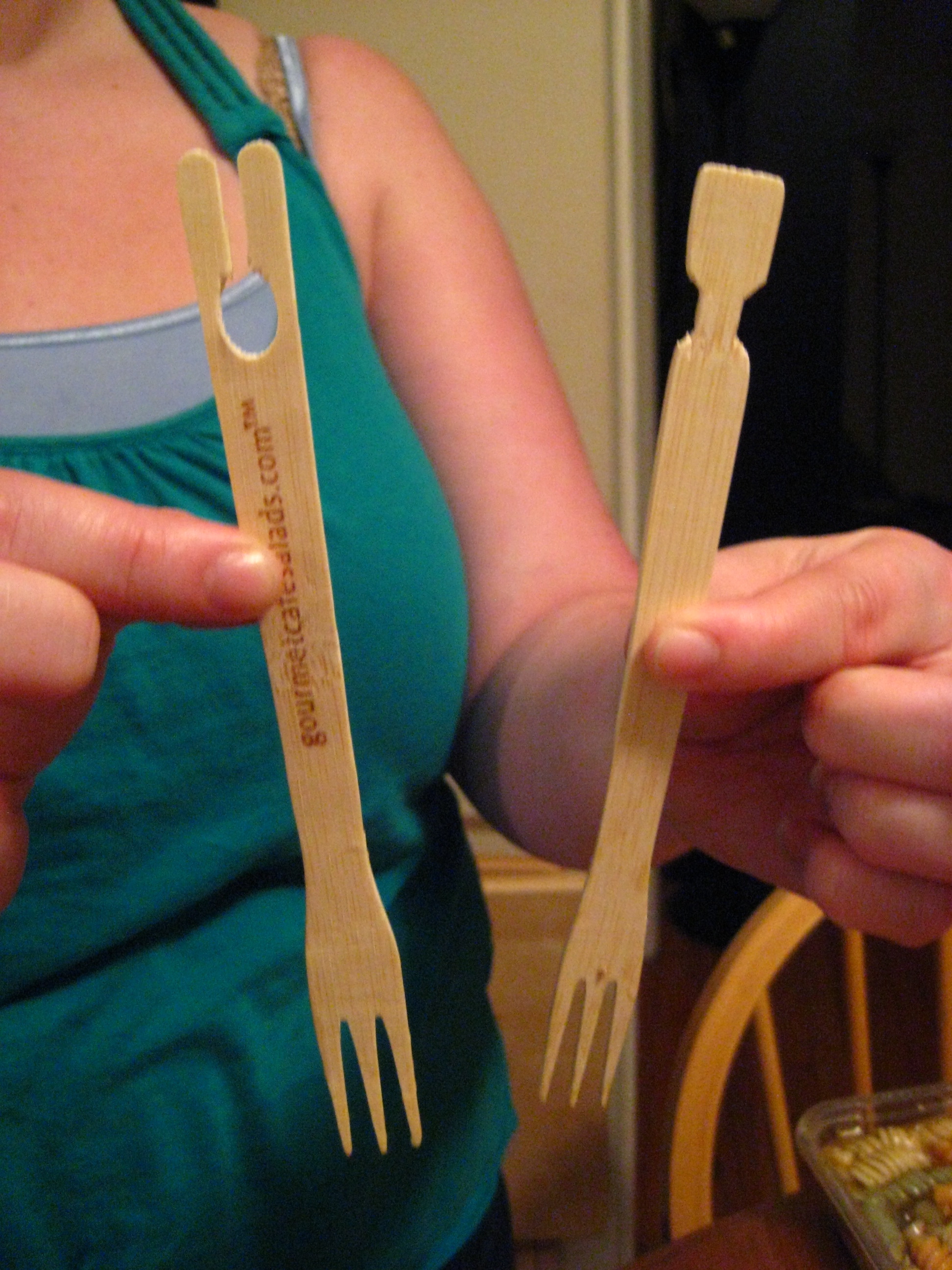 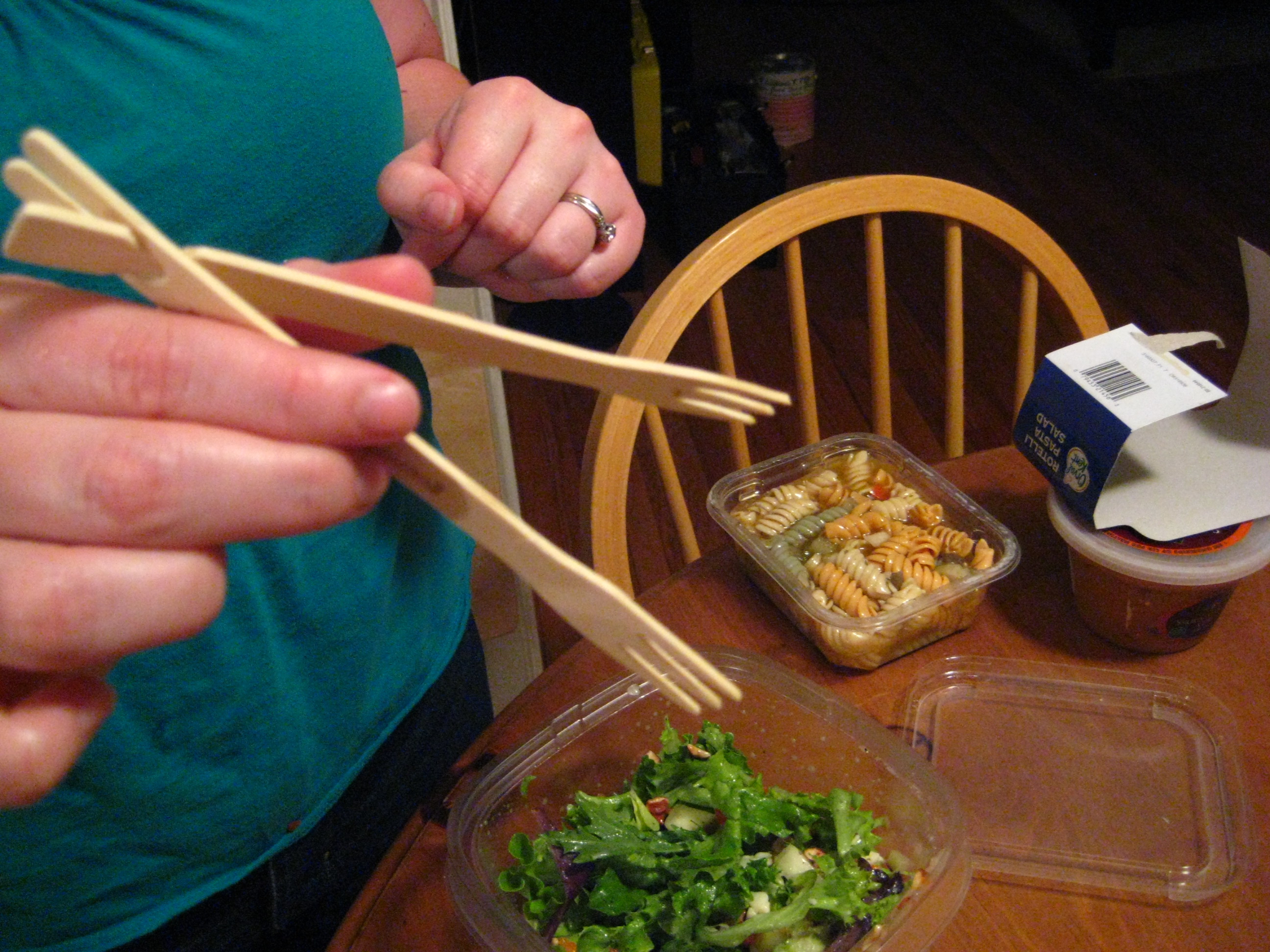 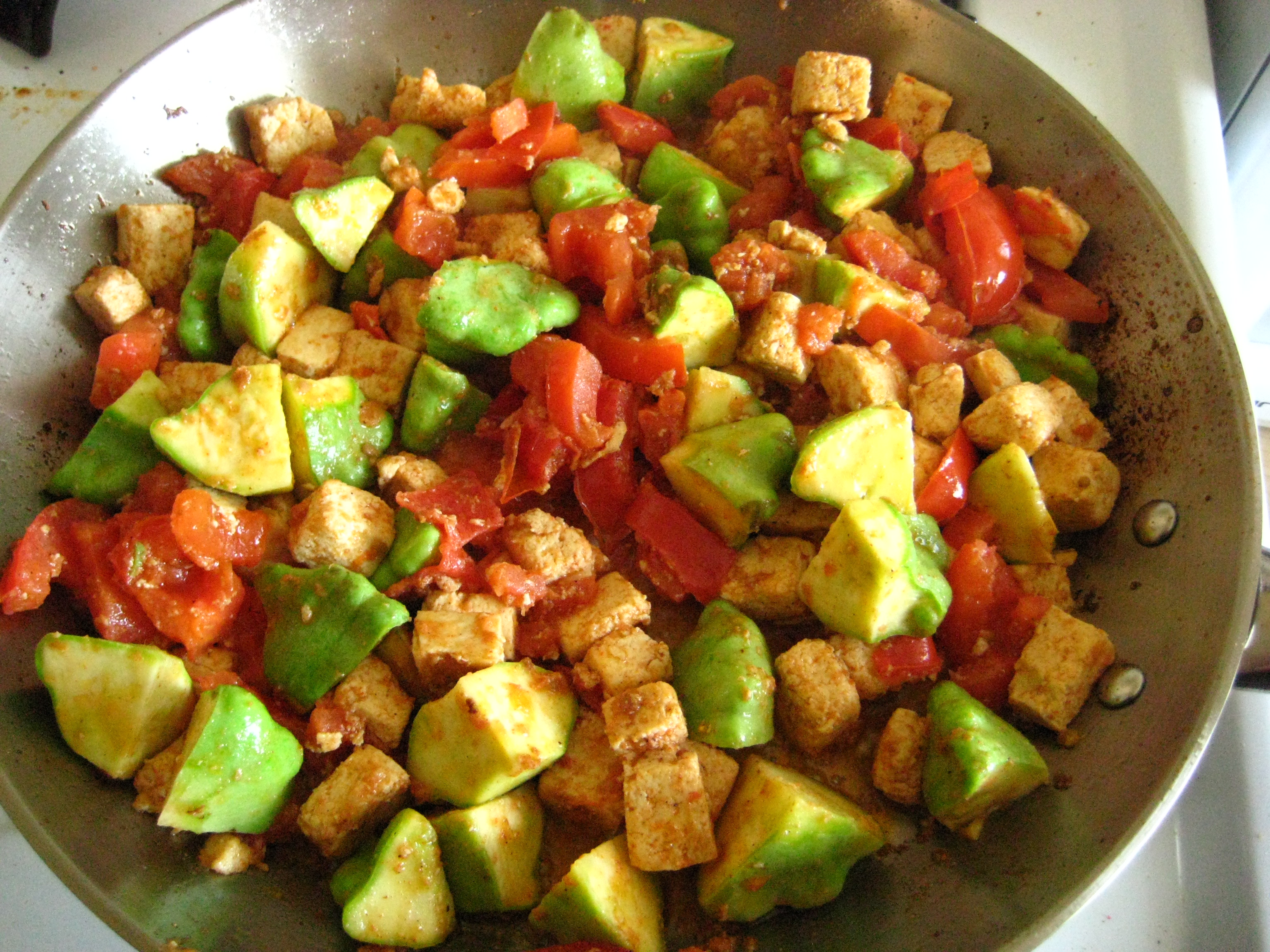 Some delicious tofu dish we made with Rebecca. 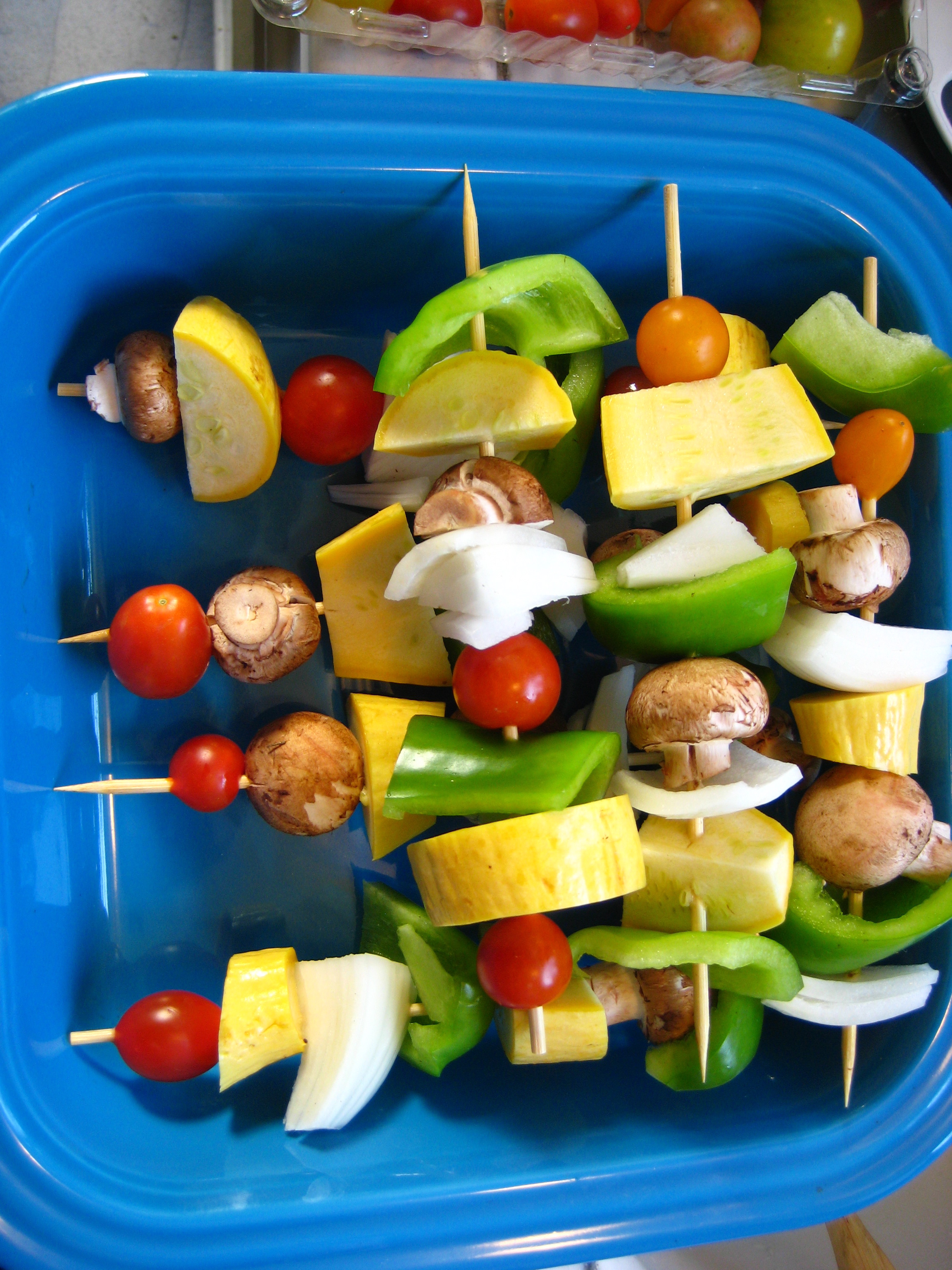 So, there you have it. You’re mostly caught up with our fave things to eat, and photograph.

Do you want to use an onion? 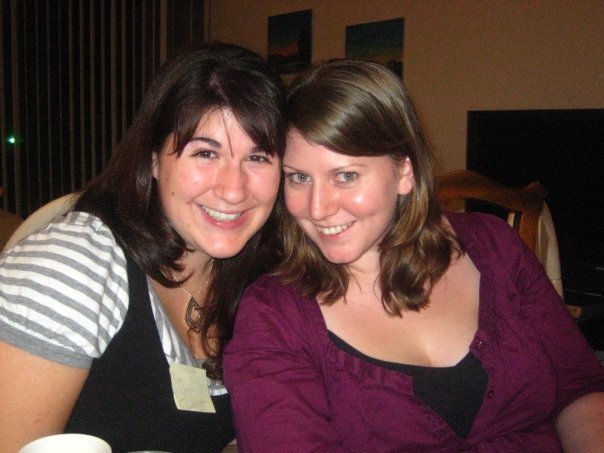 My first major cooking interaction with Corelyn was last fall. We were new friends, still feeling each other out, learning each others styles, likes, and figuring out where this was going. Then, in October, a bunch of the ladies decided it would be an excellent idea to throw a Felicity-style Thanksgiving for all of us East Coasters who weren’t making it home. I was on turkey duty. Corelyn had the stuffing. B and J were hosting, and providing a myriad of sides and desserts. We were meeting at 7 am. It was going to be fine. And epic.

That morning, as we loaded C’s car at my apartment and drove to Becca’s, long before we became neighbors, I knew where this was heading: to a new life with yet another BFF I’d be able to trust for advice on men, style, and, most importantly, cooking.

The turkey cooked in 3.5 hours. Corrlyn helped me shove some lemons in it, rub it with butter, and asked, “Do you want to use an onion?” Now, I had obviously used onion before, but on this day, the question would be the start of Corelyn’s and my routine.

We fed 19 people that day, and managed to enjoy the company in between, taking time for Scrabble, dessert, community dishes, and some crowd control.

Since then, we have all had ups, and downs. We’ve lost a few to America’s other coast, and managed to become neighbors. I’ve learned that Corelyn’s go-to veg is onion. Mine is garlic. Each compliments the other. The rountine of adding each to both our magic box if recipes has been an experience in patience, spontaneity, and faith in each other. An adventure, you could say.

So while Corelyn and I become more similar, and while Andrew becomes more concerned that one day in the near future he won’t be able to tell us apart, and while Jeff secretly prays we stop making him eat fish, green beans and attempting to sneak mushrooms into dinner, we figured the least we could do was entertain you. So let’s begin. 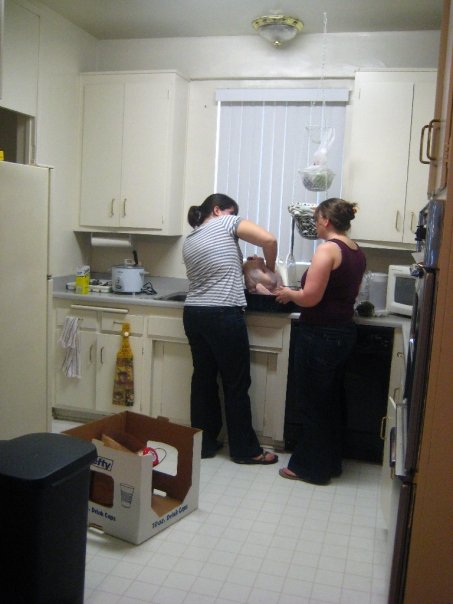 Things I loved about this morning:

1. My McDonald’s breakfast. Yes I’m ashamed to say that this morning I splurged and treated myself to a bacon, egg, and cheese biscuit, a hash brown, and a mocha McCafe. I am embarrassed. However, it was delicious and put me in a chipper mood that has not yet slipped away.

2. Ryan Seacrest reading aloud selections from ‘New Moon’ on the radio on my way to work. Priceless.

3. The surprisingly easy workout I just had. I did cardio for 30 minutes, my heart rate averaged 170 and I burned 300 calories, but I felt great and could have gone longer if I didn’t need to shower and get back to work. Perhaps the 850 calories I consumed in my Mickey D’s breakfast was somehow responsible for this burst in energy and productivity? Hmm. Unlikely.

It will be responsible for my resolve to cook a more nutritious meal tonight.  I’ve got three salmon filets in the freezer, brown rice and fresh okra from the farmers market that I plan to fix for myself, Jennie and either of the boys if they’re interested. Something tells me Jeff will opt for leftover pizza and Andrew will be mysteriously absent (today is his picture lock deadline).

You may be asking yourself, How does one cook Okra? 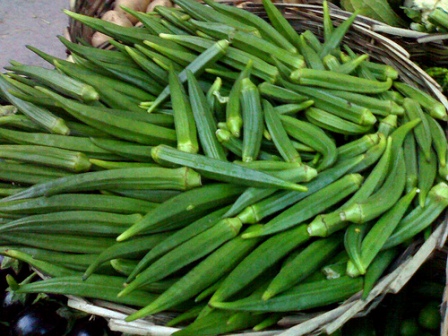 Well, I have no idea really. I’ve never done it before. A little internet research seems to indicate that the quickest and most popular way is to saute it with some garlic, onion, and green pepper. Since I have all those items, I’m going to do just that and throw in some cherry tomatoes for some color Maybe the boys will be persuaded to at least try it.

Hopefully it will be gorgeous and delicious. Pictures to come.

A few days ago, we were in the kitchen prepping for a dinner party at which we served bacon wrapped steak, parmesan crusted potatoes and zucchini, sauteed burgundy mushrooms, and a massive salad. (Pictures to come) The steak marinade called for garlic, so I set to chopping and then began to mince. The smell was divine and prompted Jennie to exclaim…

Intriguing? You bet. Confusing? Definitely. However, no explanation was needed. We’d been kicking around this blog idea for a few days already, and we knew then that we’d found a name.

Welcome to our Kitchen, and Soul.

This seems like the perfect time to introduce myself to the world. Hi there, I’m Corelyn. My lovely neighbor and blogging partner is Jennie.

We are both 23 and live in Hollywood in a charming old building that Jennie found with her boyfriend last year. My husband and I promptly capitalized on their hard apartment hunting and moved into the unit right below them. With my husband, I came to the city of Angels from all the way across the country in Virginia. Jennie and Jeff came from school in Boston, but Michigan and New Hampshire before that. Like so many millions of Angelinos before us, we are imports.

So that’s us. We were friends; we became neighbors; now we are cooking buddies and general life planning confidants. Our mission: the pursuit of delicious and nutritious food for ourselves and our picky men while sticking to a budget and a tight schedule. Most days, we throw together meals based on whatever we find in the larder and throw recipes out the window.

We are loud and giggly. We make huge messes. We take lots of pictures. This is our life. Please enjoy your stay.