The New Classics: Baklava for Pie 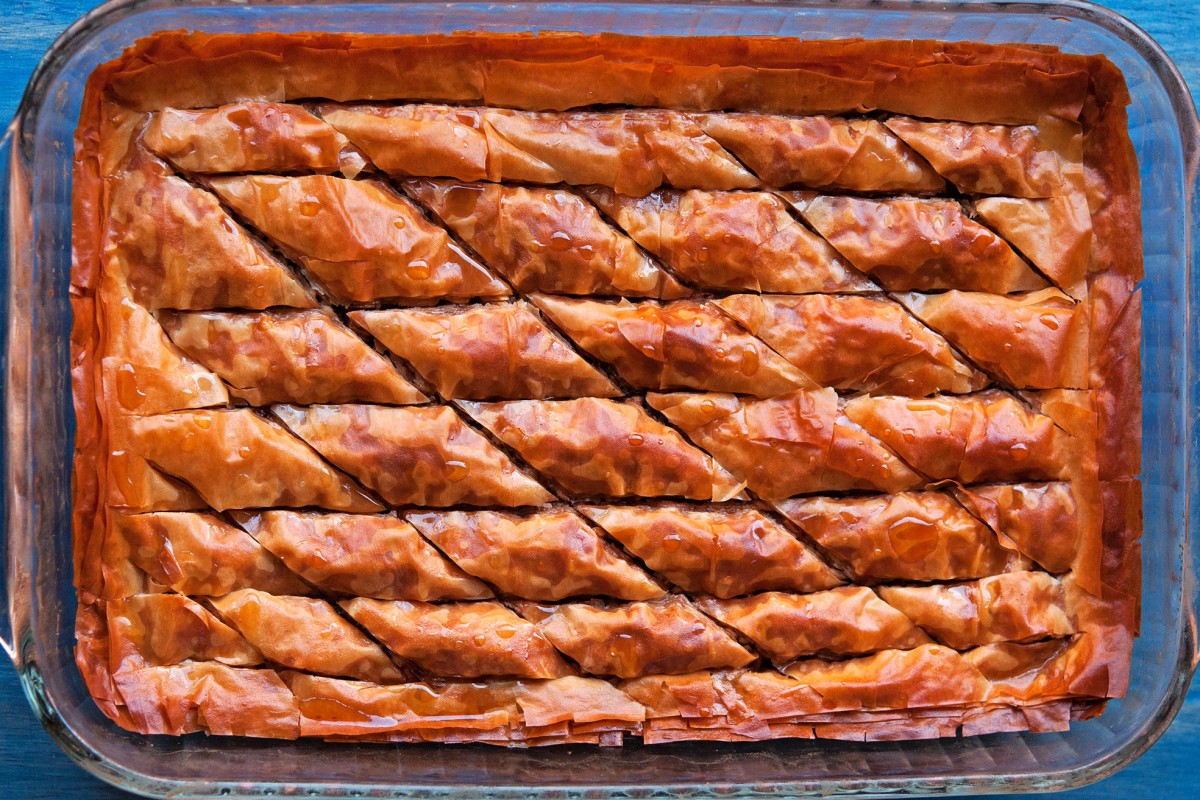 So we’ve all been there before, right? Four people coming to your Thanksgiving, and each of them has a famous pecan pie, apple pie, pumpkin pie…what are you to do? You’re in charge of dessert, but you want to bring something that’s as pretty as pie without bringing the second of something.

Might we suggest Baklava? Baklava was one of those recipes that I made before GMS existed, and embarrassingly posted over on my personal blog six years ago tomorrow. Seven long years ago before I knew how much I loved cooking, but when I was starting to explore in the kitchen and branching out from chocolate chip cookies and roasted chicken breast. 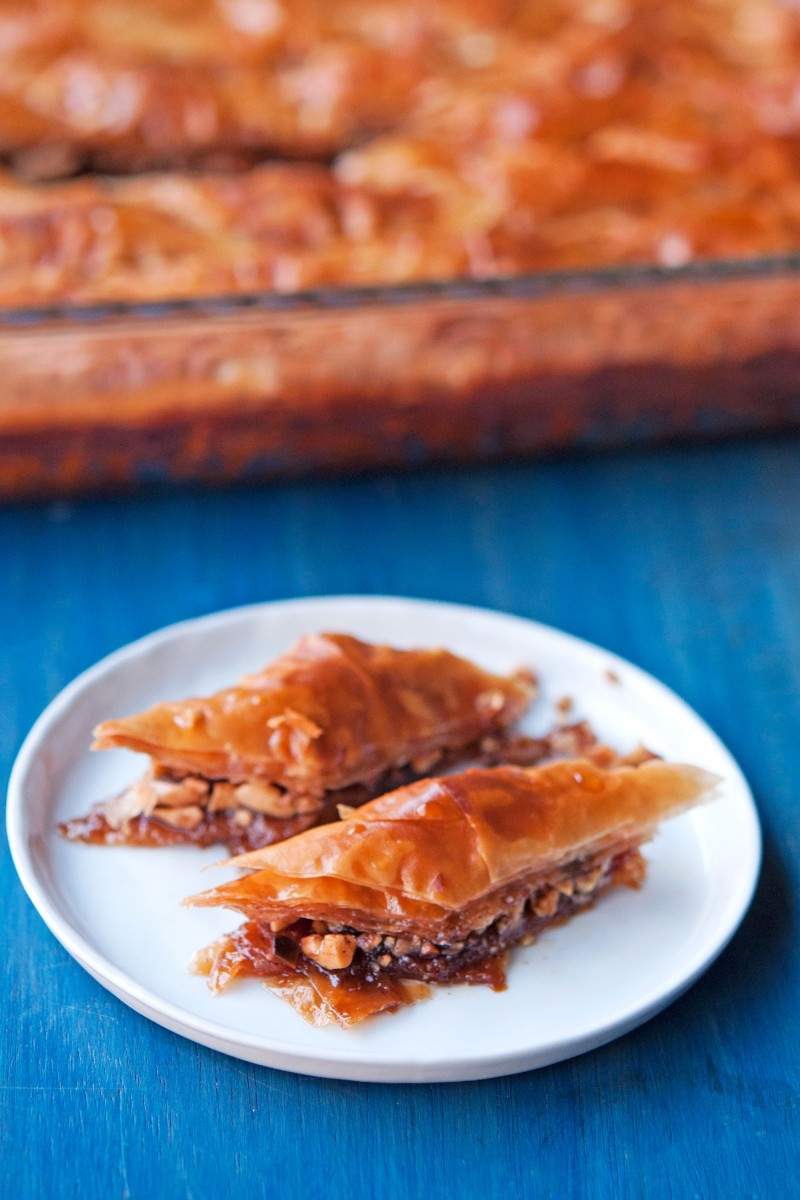 Here is a secret about baklava you guys – it is easy! That’s why I could make it seven years ago, and that’s why you should make it for Thanksgiving. It takes some time. It is mostly butter. But on the whole, it’s pretty easy to make. So here goes:

1. Preheat your oven to 350. Mix walnuts and almonds with 1 teaspoon cinnamon and 2 tablespoons sugar. Set aside.
2. Melt a stick of butter. You’re going to use a 9 x 13 dish – butter the dish, and then lay one sheet of phyllo in it. You can go slowly/gently – phyllo rips easily. If it does rip, it’s fine – just piece it together. Now, brush on melted butter to the phyllo dough.
3. Add another layer of phyllo, followed by another brush of melted dough – you don’t have to get every single section of the phyllo dough soaking wet, just a little (but too much is never a bad thing!) Repeat until half your phyllo is gone – should be about 10-12 sheets, depending on the package you bought.
4. Now, sprinkle your nut mixture over the phyllo dough evenly.
5. Repeat the phyllo/butter scenario with the remaining phyllo dough.
6. Now you’re going to cut the baklava into diamonds. Trying to cut through most but not all the layers of the phyllo – cut baklava into four long rows, then diagonally to make diamond shapes.
7. Put your baklava in the oven for about 45 minutes, or until golden brown.
8. Meanwhile, you’re going to make your syrup topping; put your sugar and 1 cup of water over medium heat until the sugar is melted, and bring to a boil. Now, add your honey and vanilla and lemon zest. Reduce heat and simmer for about 20 minutes, until it’s reduced.
9. When you remove the baklava from the oven, immediately pour the syrup over it. Let cool and serve (warm is the BEST but cold is good, too.) 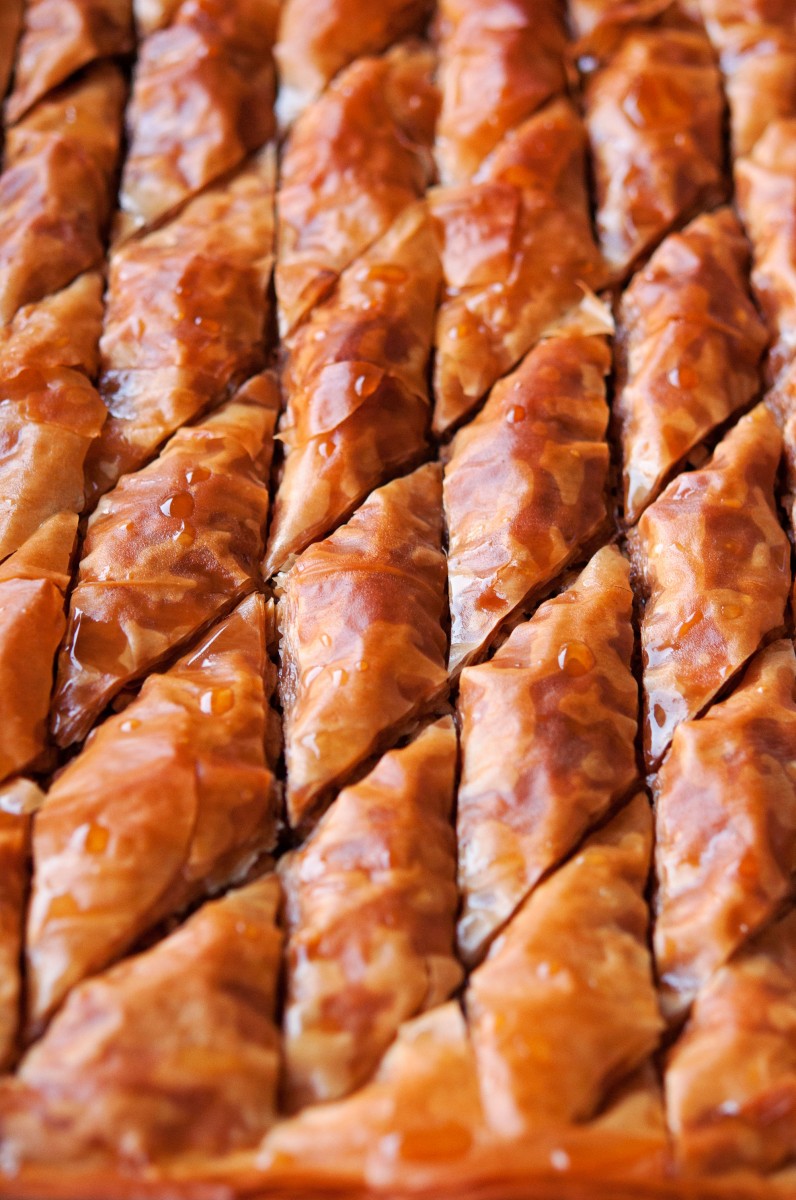 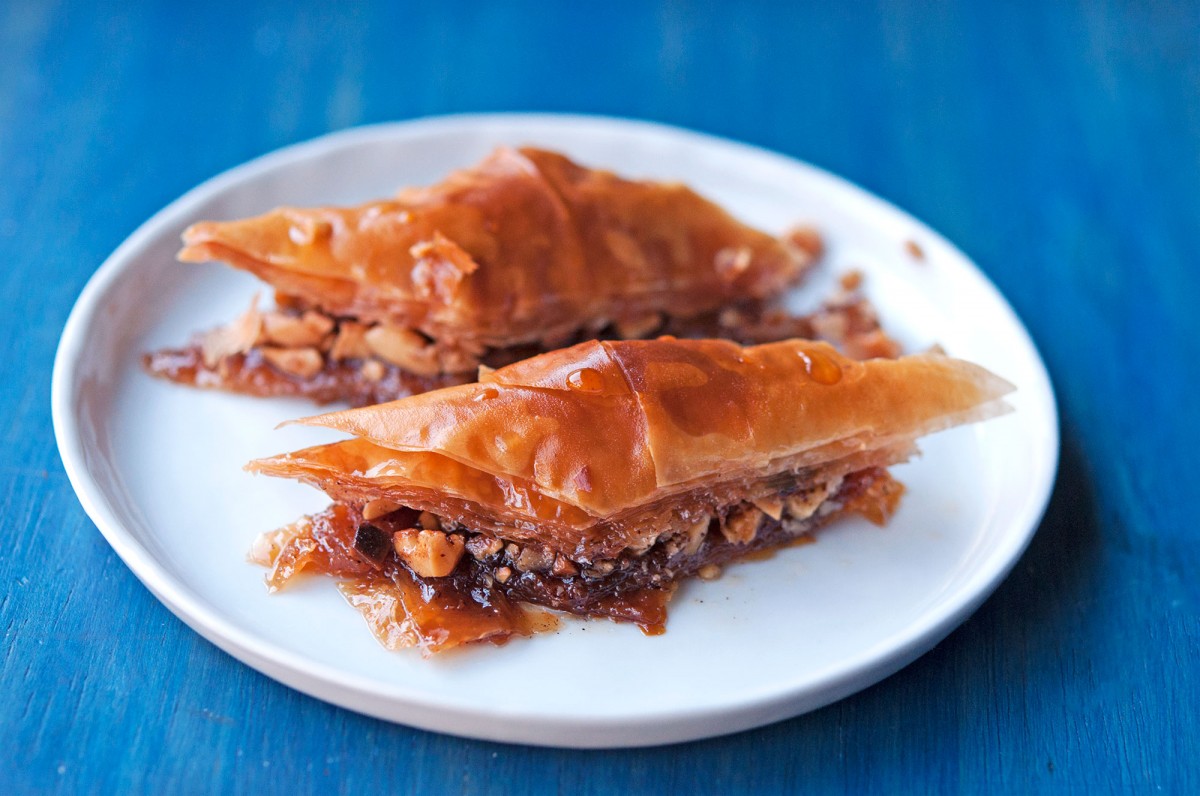 We hope you’ll consider making baklava for your Thanksgiving celebration – and may the best non-pie win!