Hey-o, folks! Today, I want to talk to you about my tiny garden. When we lived in Hollywood, I had a couple of plants on the porch, but when we moved somewhere with a backyard I knew that I wanted a garden with actual veggies. Luckily we already had some citrus trees and a pepper bush (tree? Plant?) when we moved in, but I wanted to expand. You guys know I love cooking and writing recipes, and this felt like a natural next step.

So for my birthday in June, Jeff got me a raised bed to garden in. We planted basil, tomatoes, bell peppers, jalapeños, and a spaghetti squash. The first four were a great idea; that last one was a mistake, but we’re getting to that. 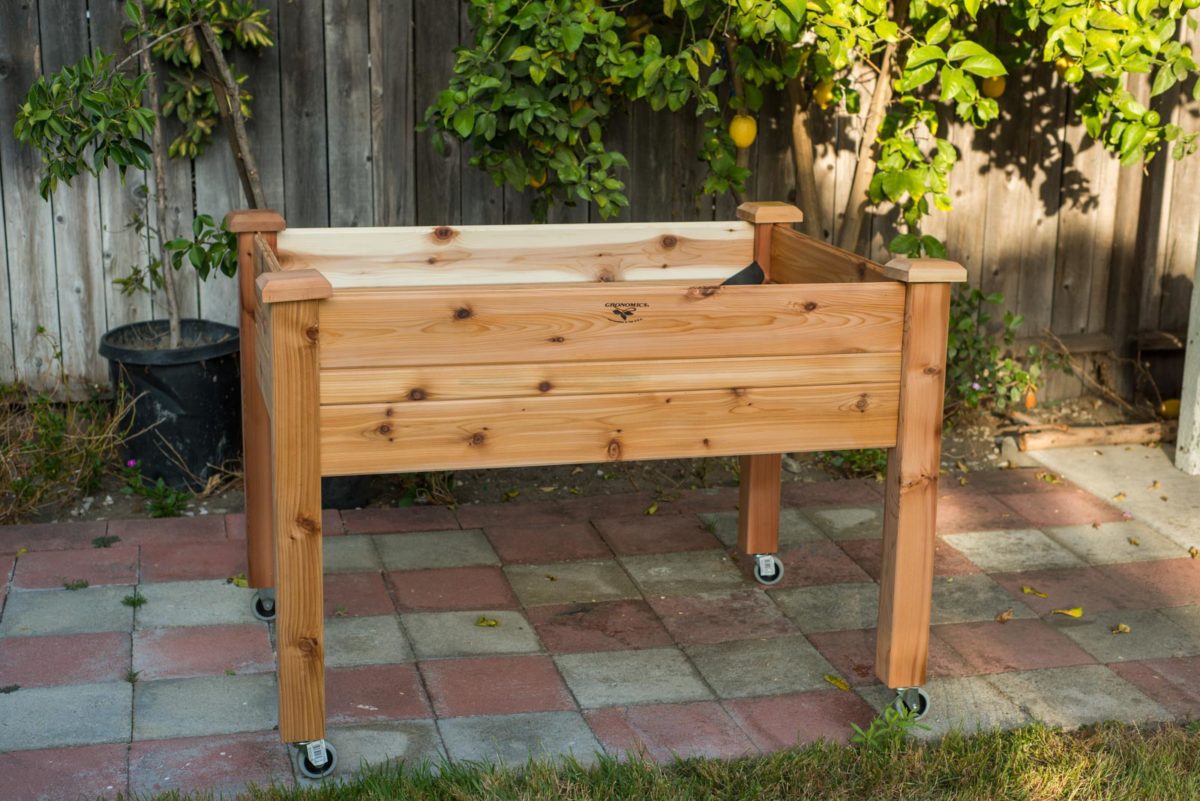 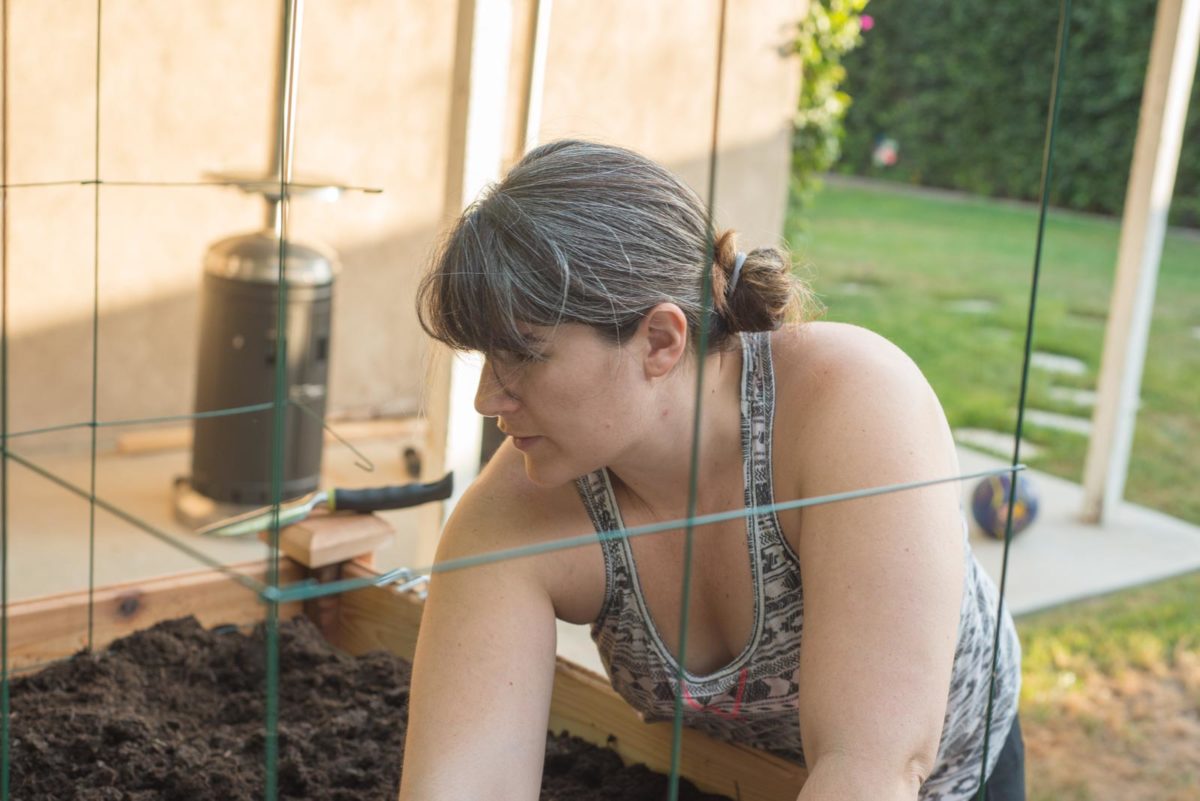 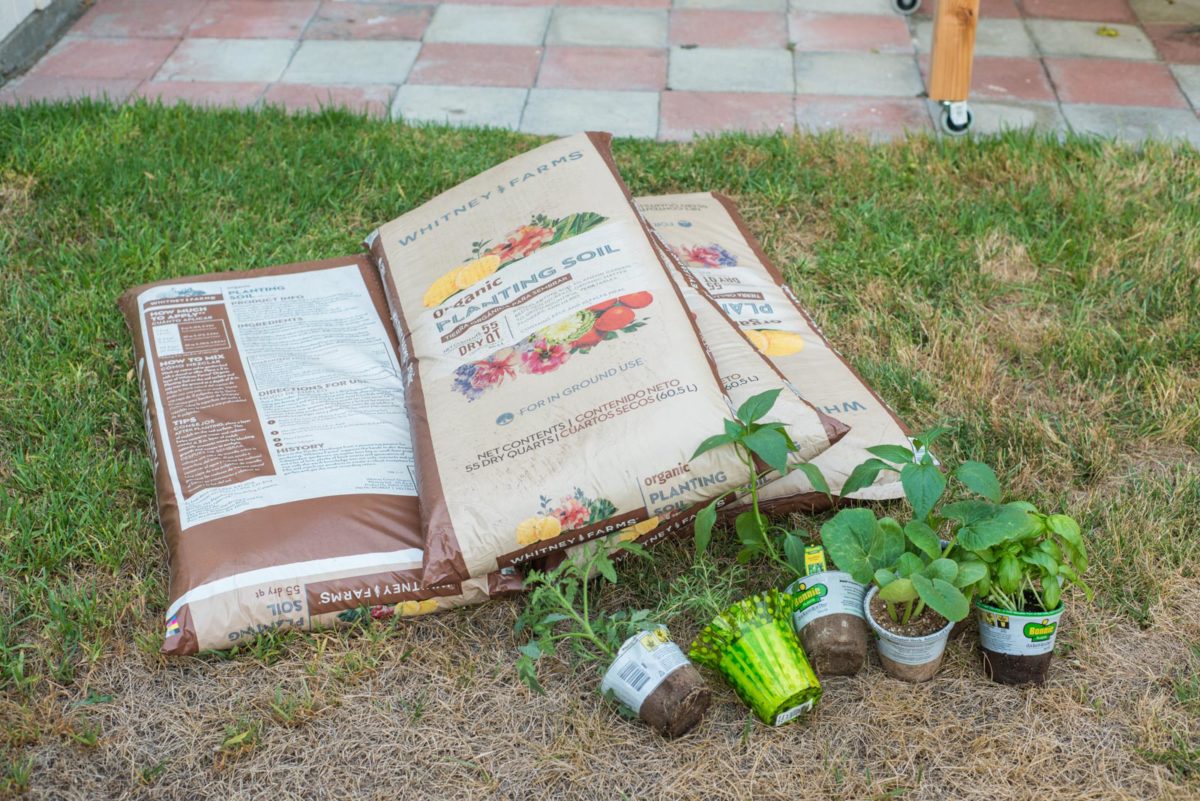 We planted on June 12, and now 3 months later, everything is taking over everything else and things.are.happening. It’s crazy how slowly it goes and then BOOM there are tiny tomatoes and bell peppers and nearly-ripe jalapeños and you’re making fresh basil pizza. 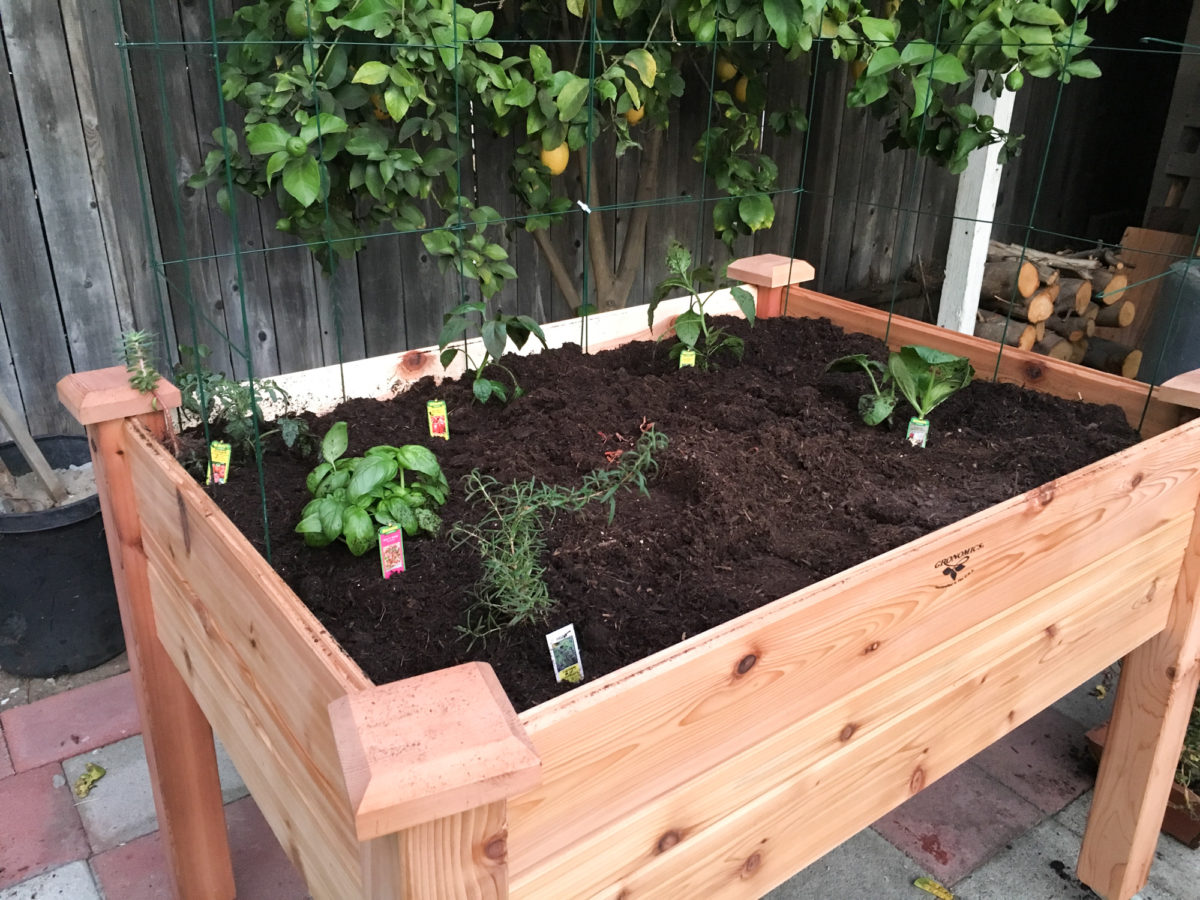 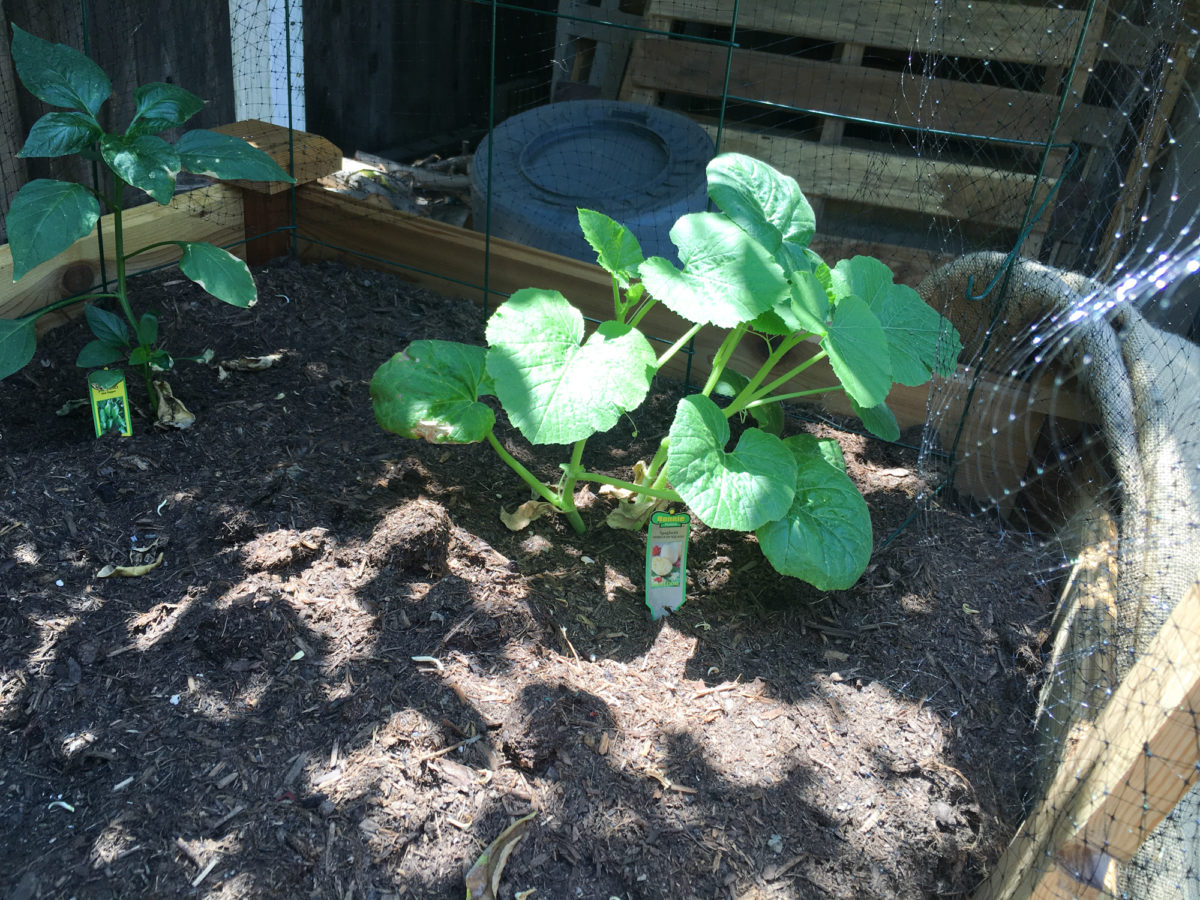 Look how cute that spaghetti squash was…before it took over the entire garden! Now it’s actually escaped entirely and has vined down the side of the box onto the ground…we’ll see where it goes, I don’t have faith that I will be getting a spaghetti squash anytime soon. I’ve been taking progress photos as we’re going along, and here are some of the more recent shots of the jungle: 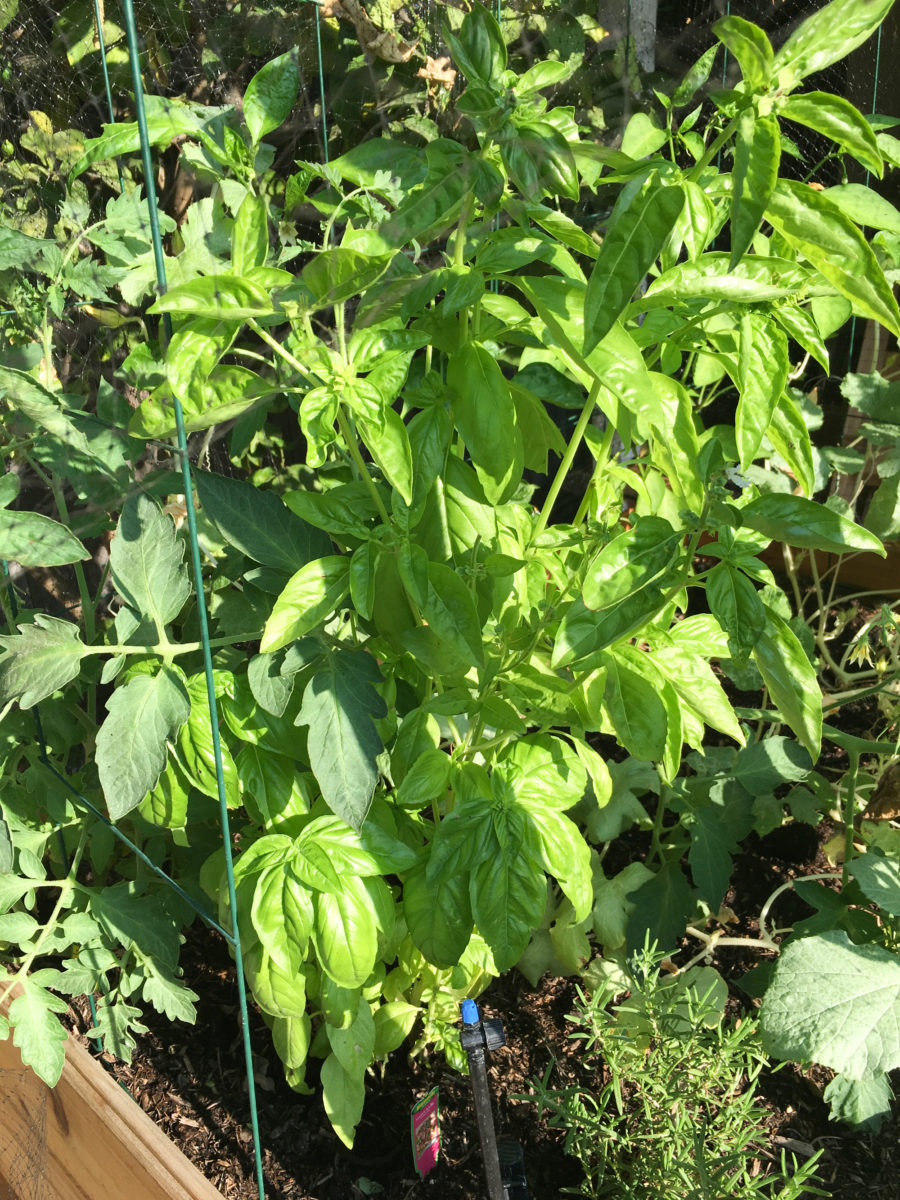 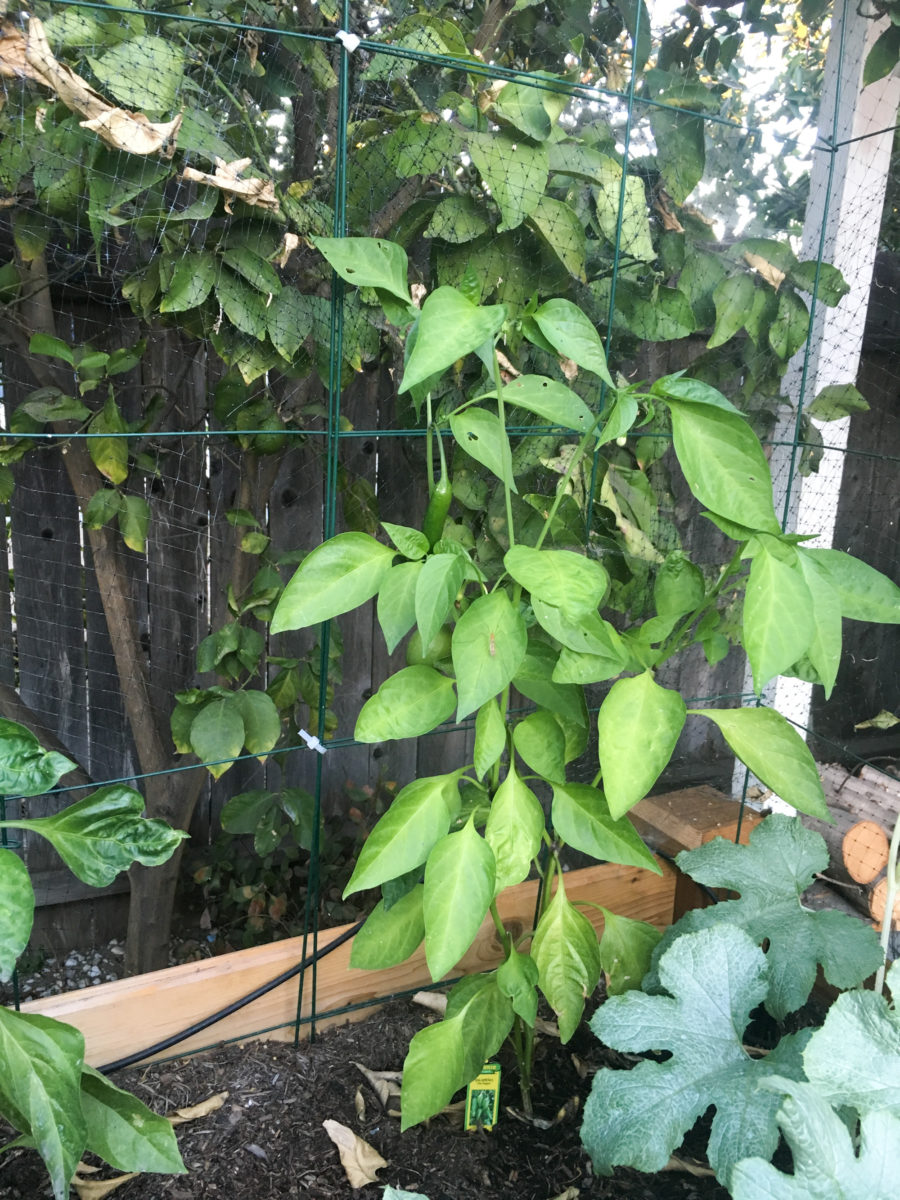 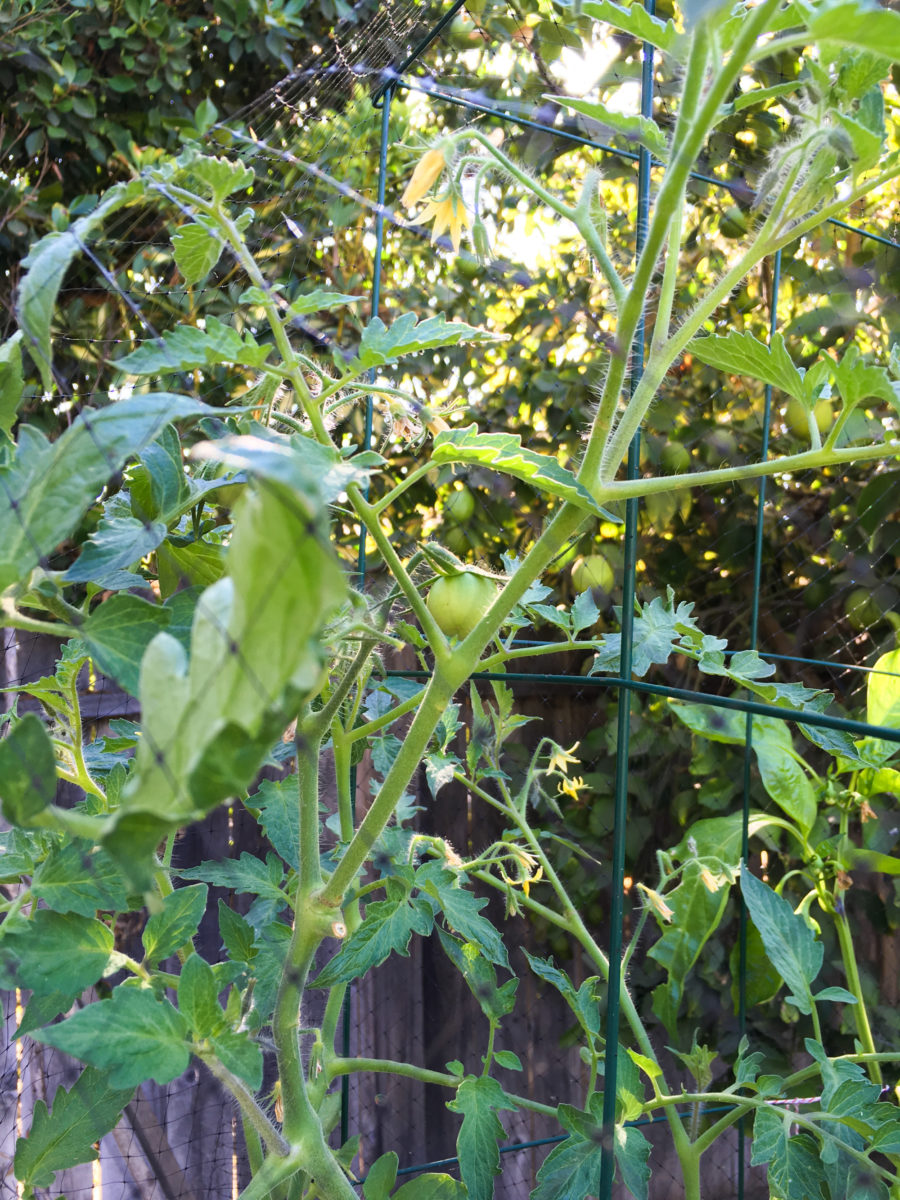 I also spy many a tomato. There are at least 8-10 of them on the vine, and they’re growing bigger and bigger, probably as I type this. As we get actual produce harvested, I will let you know what we end up with, but so far it’s been fun to watch nature. So cool, you guys! I have been using the Vegetable Gardening in Southern California book for reference, plus my dad of course who can walk me through how to prune my plants and what to let grow. It’s been a great experience both to see how much land is needed to grow food (I need like 10 gardens to actually produce what I’d want to be bringing in, but hope to expand next summer!) and to finally have some land of my own to cultivate.

Do you guys have gardens? Tell me what you’re growing and how long you’ve had your gardens!