Why is Everything French?

Posted on April 29 2013 by sorellatortina 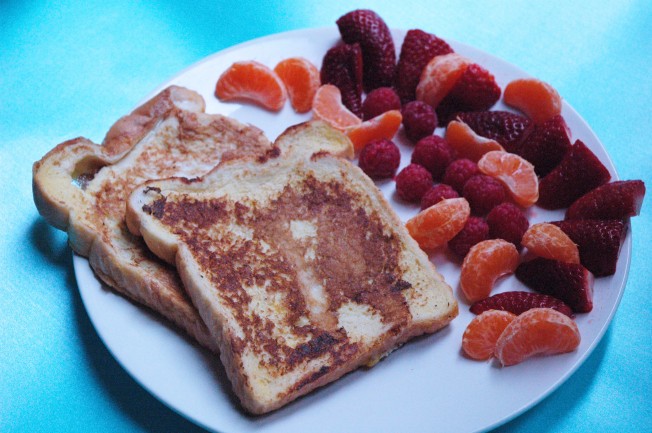 On lazy Sundays in America, I used to wake up and make coffee in my French press. If I happened to have all the necessary ingredients on hand, I would also make French toast to go with my coffee for breakfast. Later on in the evening dinner might have been a veggie burger and French fries. This begs the question, why is everything French???

Now, on lazy Sundays in England, I wake up and make coffee in a cafetière. I make eggy bread to go with my coffee for breakfast. Dinner is a veggie burger and chips. So, why then is nothing French???

After a bit of Internet researching, (thanks Wikipedia!) it has all become clear.

Cafetière is the French word for coffee maker, so the natural progression in English became French press for this particular way of making coffee. In the UK, they decided to stick to the French terminology.

Thomas Jefferson was supposedly the first person to coin the phrase French fries after having “potatoes served in the French manner” during a White House dinner in 1802. French fries today are the long and skinny ones, while chips are the chunkier version of fries.

Last, but certainly not least, there is French toast. While I’m still not totally clear on exactly why we call it French toast in America, I have found a very significant difference between French toast and eggy bread in the UK. Here are my recipes for both!

Ingredients:
1 loaf of bread (white or wheat recommended)
2 – 3 tablespoons milk
6 eggs
1 tsp vanilla
A pinch of cinnamon
A pinch of nutmeg
A drizzle of olive oil or small slice of butter to coat the frying pan

Directions:
Beat eggs, milk, vanilla, and spices together in a bowl large enough to dip bread in. A deep plate would also work for dipping purposes once the egg ingredients are mixed together. Heat a frying pan over medium to low heat with enough oil or butter to coat the pan. Dip a slice of bread in the egg mixture, coating both sides. Fry until golden brown all over.

Ingredients:
1 loaf of bread (white or wheat recommended)
2 – 3 tablespoons milk
6 eggs
A drizzle of olive oil or small slice of butter to coat the frying pan

Beat eggs and milk together in a bowl (one large enough to dip bread into, just like with the French toast). Heat a frying pan over medium to low heat with enough oil or butter to coat the pan. Soak both sides of the bread in the egg mixture for a few seconds. Fry until golden brown all over. 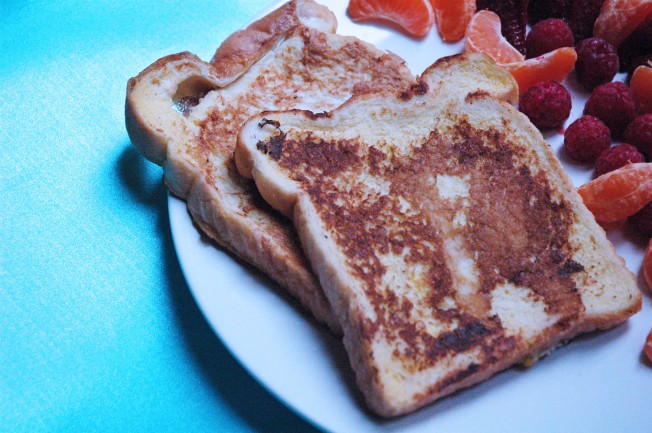 Which do you prefer, sweet or savory breakfasts?