Posted on March 25 2013 by sorellatortina

Cheers from London! I have been missing from Garlic, My Soul for a few months because I moved across the pond. I have been adjusting to my new kitchen, my new measurement system, and some new and exciting foods.

It has been quite fun discovering the English supermarkets. Generally I have been able to find everything I want and need, with a few exceptions. Kosher salt, seaweed for sushi at home, and gluten free flour have so far eluded me. Some spices and foods have different names here. For example:

It has made grocery shopping a fun challenge. This week in my supermarket adventuring I picked up Hot Cross Buns and a very interesting traditional English dessert called Spotted Dick. Yes that is seriously the name. More on that later. 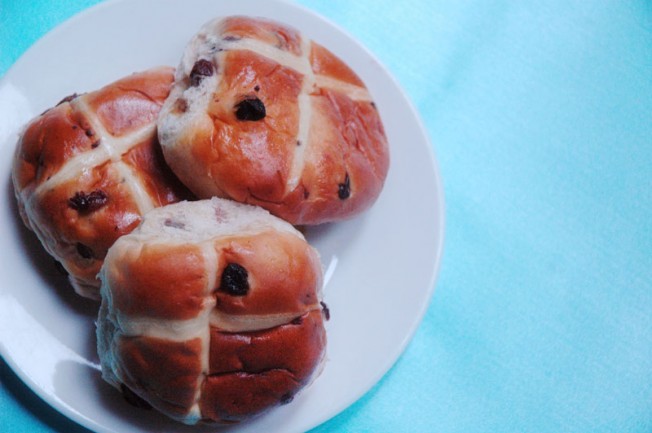 Hot Cross Buns are a sweet breakfast bread pastry along the lines of muffins or scones. I would describe them as more doughy than a bagel, but sweeter than bread. The most popular flavor has currents and raisins baked in. Heat them up and add some butter (highly recommended) or jam, and these are a tasty breakfast treat. With a crunchy top and soft doughy middle, they are quite filling. I did a bit of research on the background of Hot Cross Buns. Historically they were made at the beginning of Lent and eaten until Good Friday. The cross on top was meant to represent the Crucifixion cross. Nowadays Hot Cross Buns are no longer exclusive to Easter and can be found at any time of the year. I will be interested to try some of the other flavors such as toffee, orange, cranberry, and cinnamon. I will also be investigating recipes to make these myself! Stay tuned. 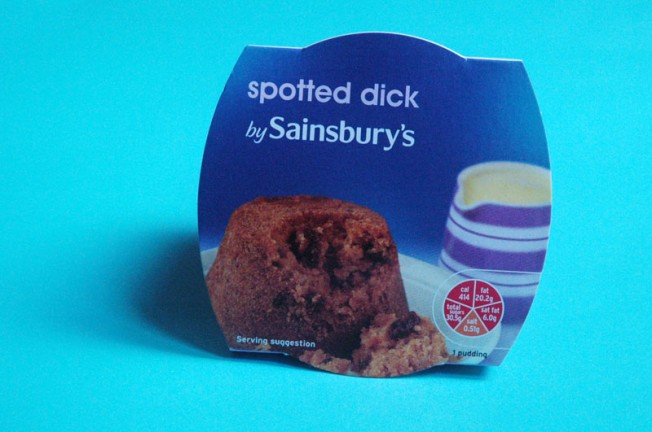 Spotted Dick is a sweet pudding (think bread pudding, not Jell-o pudding), in a family of somewhat strange dessert options here in England. It is sweet, but closer to the sweetness of a muffin than a cake. It is served warm and commonly with custard. The “spotted” part of the name comes from the raisins or currents baked in. “Dick” is a contraction of the name for English pudding. According to my research “pudding” becomes “puddink” which then becomes “puddick” and finally just “dick.” This type of pudding dessert would not be my first choice when it comes to after dinner treats. Mostly because there is no chocolate involved! I was just so intrigued by the name Spotted Dick I had to try it. I will not be trying to bake this myself. I would rather make cake! 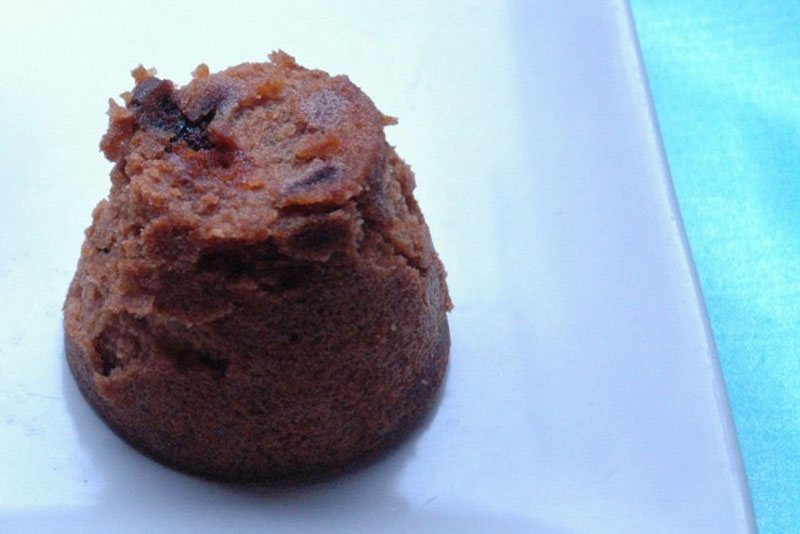 Have you guys lived abroad and come across anything weird?