To finish up the month of February, Jennie and I chose a non-traditional recipe to round out our cumin exploration. We found this recipe for Pan-Fried Tilapia with Cilantro Orange Cumin Vinaigrette at the Rouxbe online cooking school website. The combination of cumin with orange intrigued us, as did the idea of trying out a new flavor profile. So we both tackled the recipe and were super pleased with the results.

I was genuinely skeptical about the combination of cumin, orange, and cilantro. Those are all things I love to eat, but I was a little worried that combining three super strong delicious flavors would result in something unbalanced and less than delicious. As it turns out, my fears were completely unfounded. The result was 100% delicious. So, I’m here to tell you. Don’t be scared. 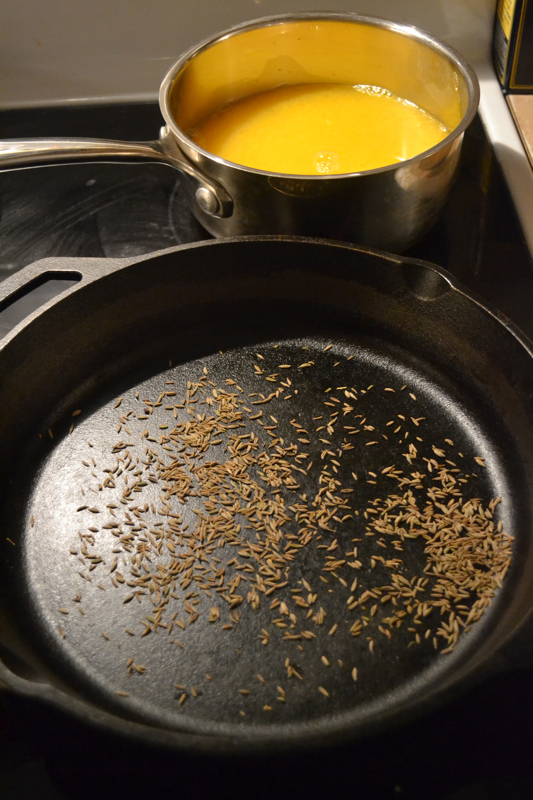 After juicing the oranges and setting the juice over heat to reduce, there was a lot of time to wait around for it to reduce and then cool. I did my best to be patient and fill that time with other productive things. So, I toasted my cumin seeds and ground them with a mortar and pestle, I fried some capers, I picked the individual leaves off a cup’s worth of cilantro. I salted and pepper both sides of my tilapia fillets. Then I got impatient and hungry. As a result, my orange juice did not reduce sufficiently, nor did I allow it to cool completely before adding it to the rest of the mixture. Oops! 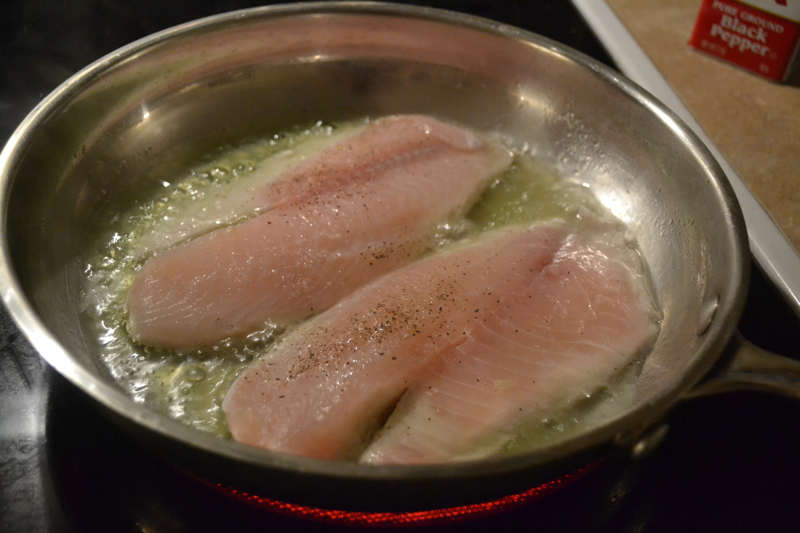 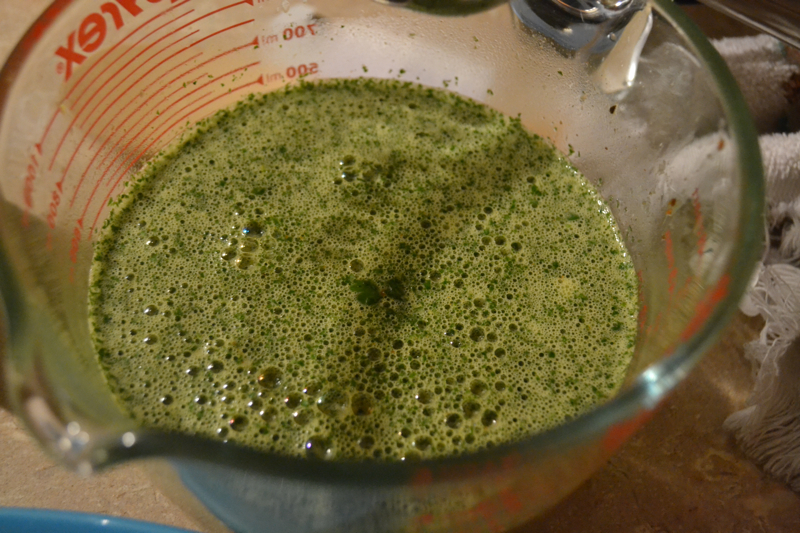 As previously mentioned, I was impatient and did not allow my orange juice to reduce enough. So, my vinaigrette was pretty liquid-y, but still completely delicious. Scroll down to Jennie’s pictures to see what this sauce should actually look like. 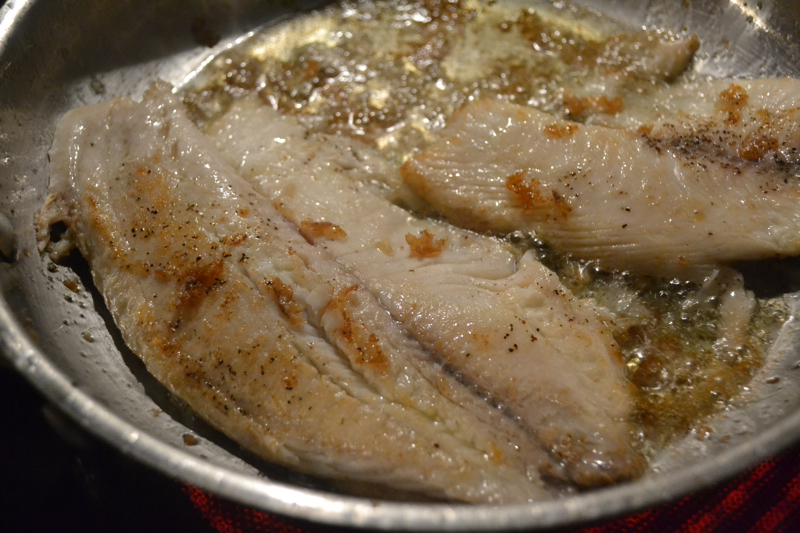 My fish stuck to the pan a little bit. (I passed this knowledge along to Jennie who was cooking her fish a couple hours after me and cautioned her to use the cast iron skillet.) 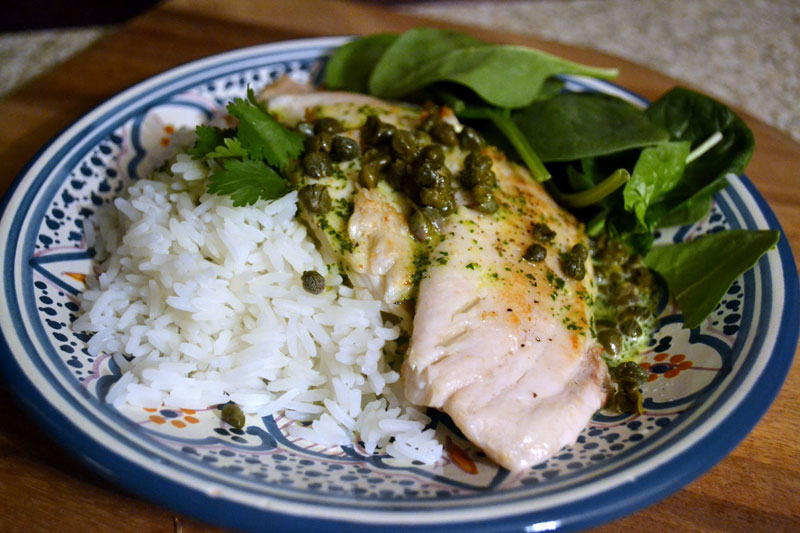 The end result was completely delicious. I ate this at 7 pm, watched Jennie cook her own tilapia over video chat, ate another helping as a midnight snack, then used the leftover sauce to marinate tuna steaks the following day. I call that a success.

So as Cor mentioned, I made my fish whilst video chatting with her, thank God because otherwise I, too, would have been too impatient to wait for the orange to reduce the proper amount. Luckily I was distracted and nearly over-reduced.

Please note the above oranges: the one on the left is a Cara Cara, and the one on the right is an orange from the tree in our front yard. Oh, how I love California! 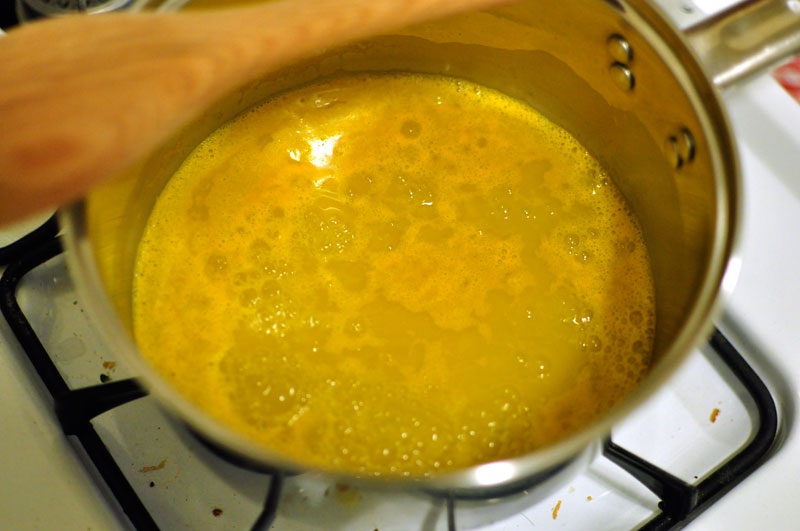 Per Corelyn’s mention of the orange taking a while to cool, I stuck it in the freezer while I put all the other ingredients in the blender. 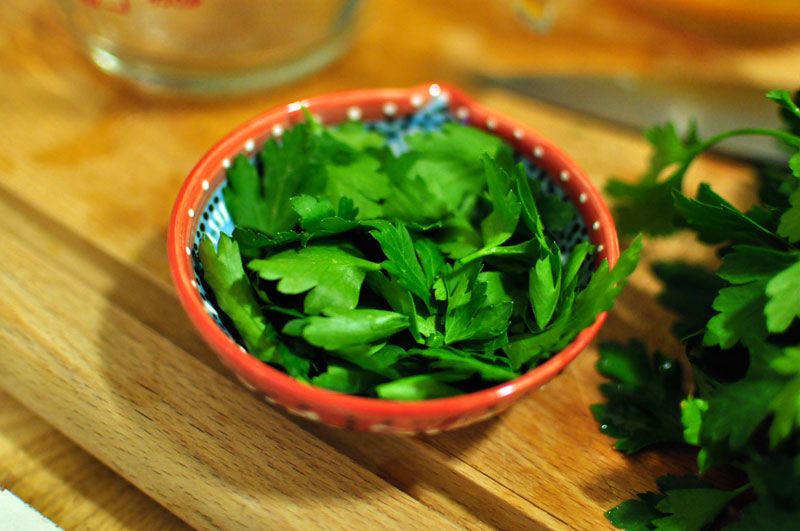 I used parsley instead of cilantro, because as you know, I do not like the green devil. 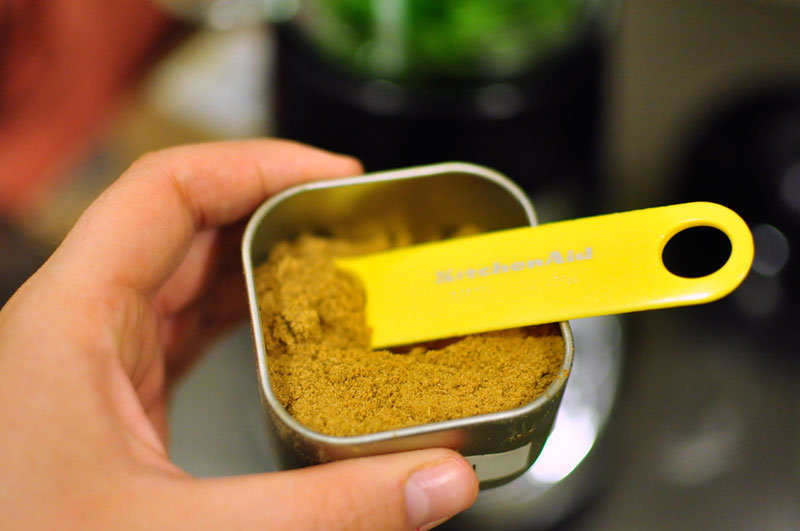 I also didn’t have cumin seeds, so I used regular cumin. 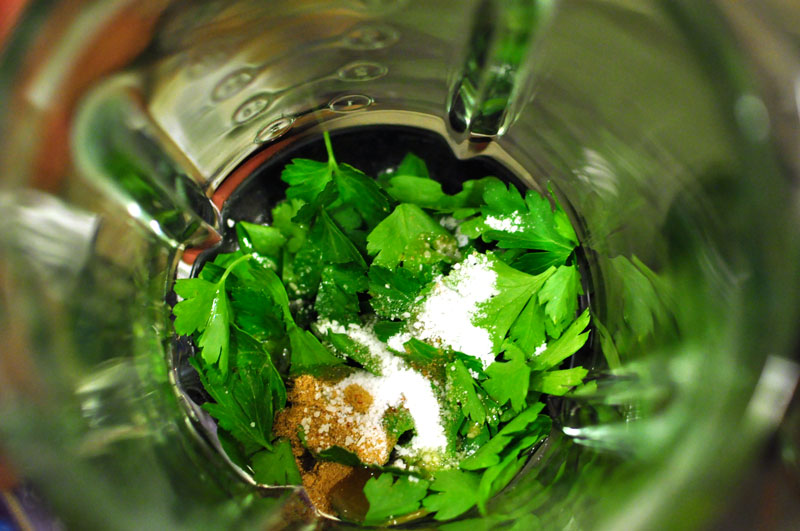 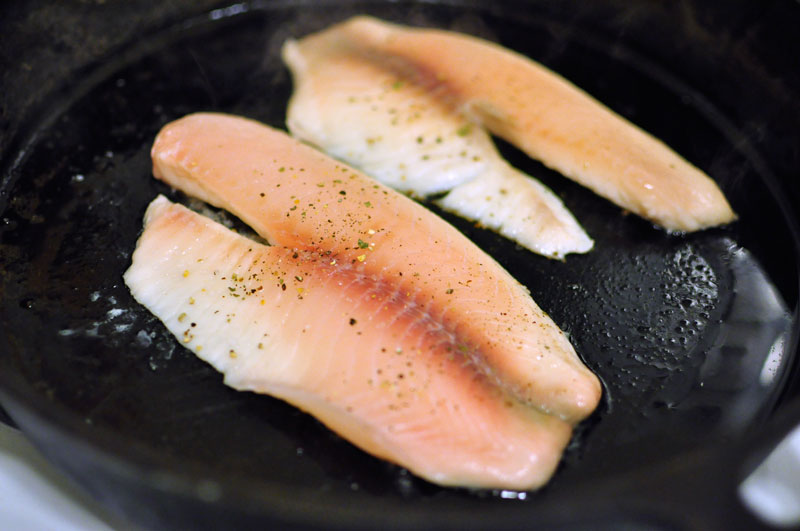 The tilapia I used didn’t really stick, because I used the cast iron. I appreciated the grapeseed oil, as it has a higher smoke point, and even cooked the fish. 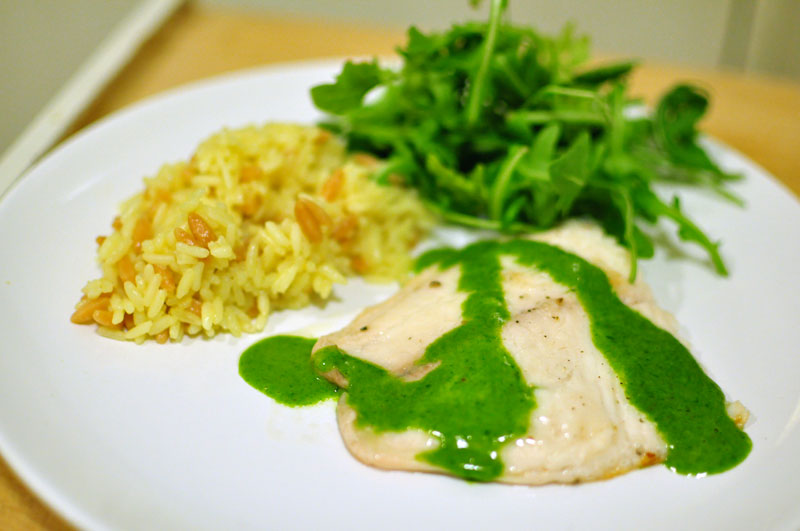 I ate mine with rice pilaf and arugula, and it was amazingly delicious, even without cilantro, I can assure you. Either way though, this recipe was awesome, and I halved mine, so I can say it is easy to make even just for two instead of four! How would you change it up?