This Pie is Bigger on the Inside

Sometimes, in the life of a geek, you don’t just have a TV show or book series that you love, but you also have a favorite person to share it with. For months, Jennie and I have wanted to make a Tardis cake in honor of my love of Doctor Who. And when the time finally came to plan our Whovian confection, I couldn’t stop thinking about my favorite fellow Doctor Who lover, my good friend Oren.

Among other talents, Oren is a masterful baker of pies, and something of a connoisseur of new pie flavors. He and I discovered buttermilk pie in a hole-in-the-wall diner in middle Tennessee when we were on a cross-country road trip last year, and I’ve been telling everyone who would listen about this pie ever since. 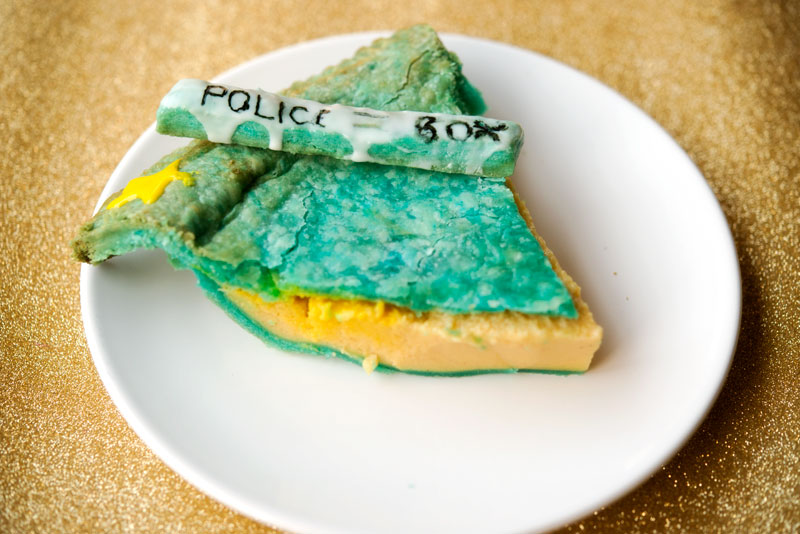 One thing led to another, and somehow my plans for a Tardis cake evolved into a Tardis inspired buttermilk pie. It seemed the most fitting Doctor Who tribute I could manage, given the pie-loving proclivities of my favorite Who watching partner.

Now, for some background: First, if you don’t watch Doctor Who, you should probably start. It’s on Netflix. You’re welcome.  Second, the Doctor travels around in a time machine that is also a space ship called the TARDIS. It stands for Time And Relative Dimension In Space, and it ‘s really massive on the inside but outside, it looks like a blue police call box. Because why not?

So how does one make a Tardis pie? Well, good question. We are not entirely sure, but here is what we did. 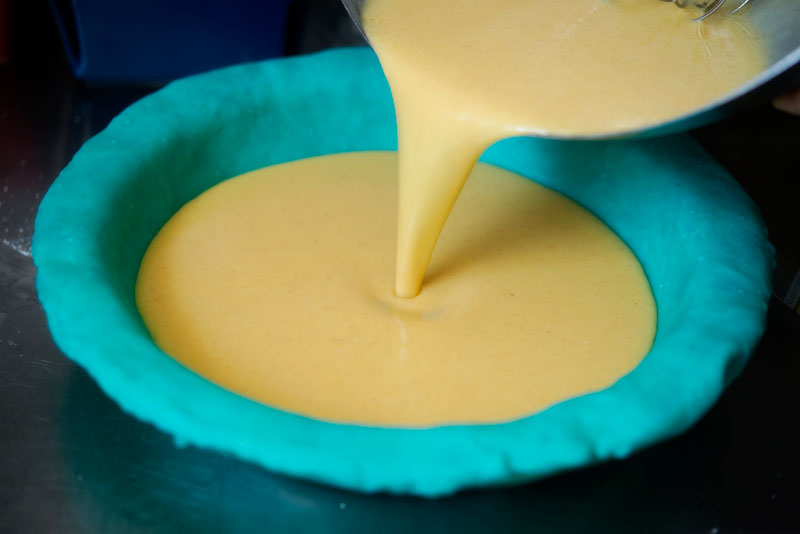 Step one. Start with blue pie crust. Apparently blue is our favorite food coloring option, because in order to create this blue dough, I had to use the last few drops of three separate blue food coloring bottles.

Step two. Cut out some tardis windows, and maybe a little light for the top of your Tardis. 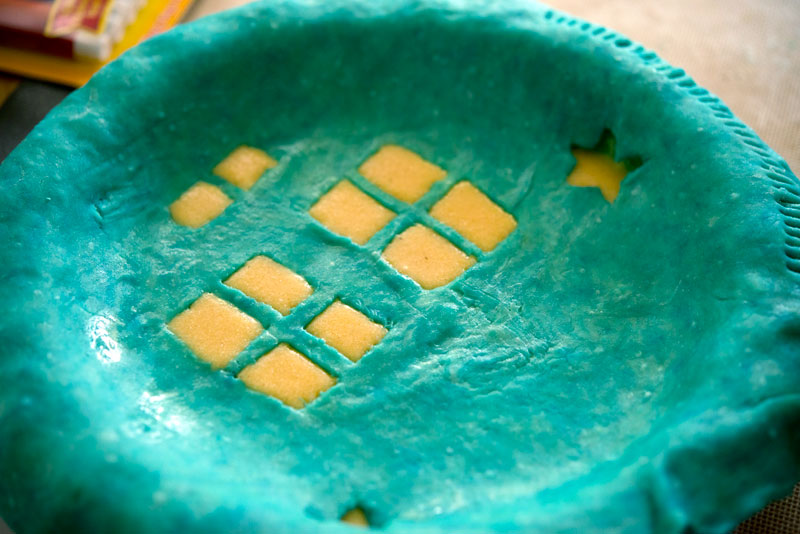 Step Three. Bake. Text your friend, Oren about how delicious your buttermilk pie smells in the oven.

Step four. Add whatever flourishes you see fit. We added a little “Police Public Call Box” sign and the “Free for Public Use” placard on the doors. Plus some stars, because why not? 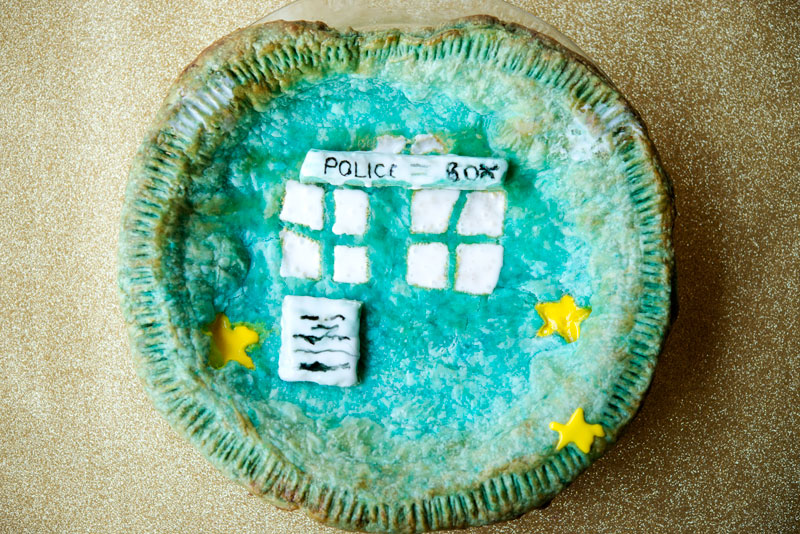 Step five. Serve to four hungry friends who’ve been waiting to eat this pie for several hours on a Saturday afternoon.