The best cauliflower soup I’ve ever had.

Posted on October 25 2012 by sorellacaienna

I love hanging out over here- thanks for having me again.

It might be the last time, after I hit you with my latest creation.

Let me give you a little context though:

JW, my husband and partner-in-crime, will eat almost everything.

He will not, however, eat cauliflower. And for some reason, after six years of knowing and accepting this fact, I decided it was time for me to change his attitude.

So I searched the internet high and low for a recipe that I thought might do the trick.

And finally, I fell onto this one: Silky Cauliflower Soup and I thought, hey, this could be it.

I announced my intentions to JW, who cast a sidelong glance in my direction, and headed to the Farmers’ Market, where I found and purchased this beauty. 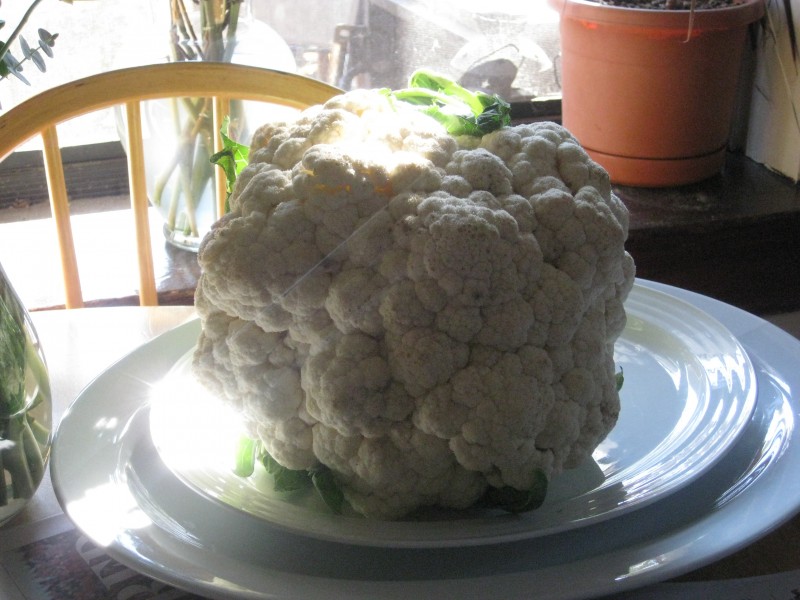 This was certainly the largest vegetable I’d ever encountered.

When JW asked how much it cost, I told him a mere $4, and he answered you paid too much.

Again, this did not deter me.

The recipe itself is super easy. You chop up a head of cauliflower, an onion, and some garlic. Then you saute the onion and garlic, add the cauliflower and some chicken broth, and walk away for awhile.

The hardest part, I would say, is dealing with The Vegetable in Question. 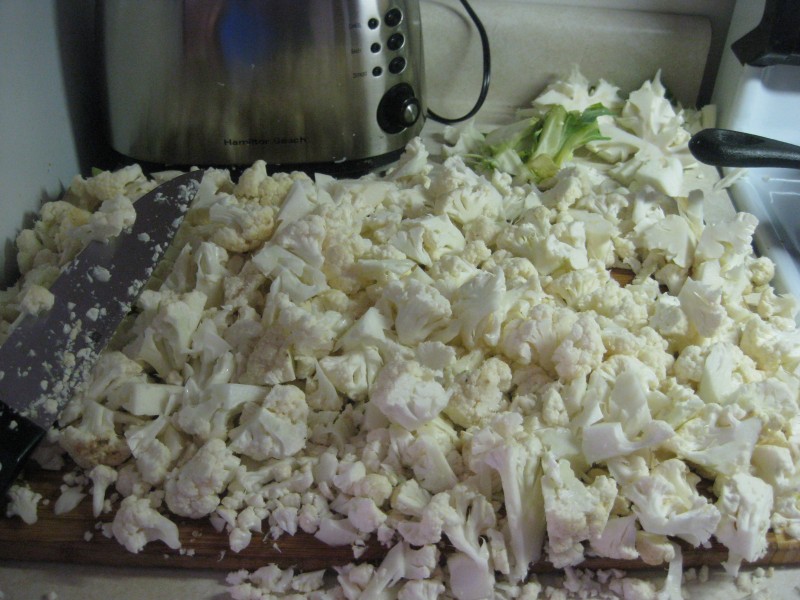 Obviously, this was no normal “one head” of cauliflower. This was a distaster that ended up all over my counters. And my floors. And everything else.

I felt like I was in a cartoon, since with every knife stroke I took, displaced florets flew around me.

I took a break to saute the aforementioned garlic and onion. 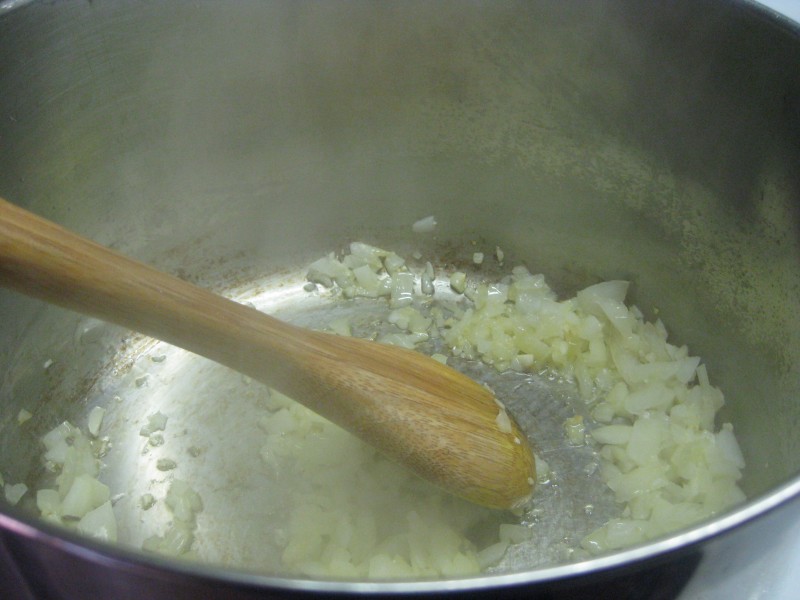 Eventually, I wrangled it all and managed to fit it into a pot with the rest of the ingredients.

And forgot to take a picture.

I was exhausted, chicks.

After bringing it all to a boil, covering it, and letting it simmer for about 45 minutes, the mixture was nearly mush.

Which is generally not the idea, but in this case, it is.

At that point, I whipped out my immersion blender, laid into the once-mighty-but-now-weak florets, and kept going until everything was a soup consistency.

I also added two more cups of chicken broth at this point, because my monster head of cauliflower didn’t really hold up to the original proportions of the recipe.

Then I threw in about a cup of grated parmesan cheese, doubling it from the original recipe because of my increased yield, and also, because I love cheese. 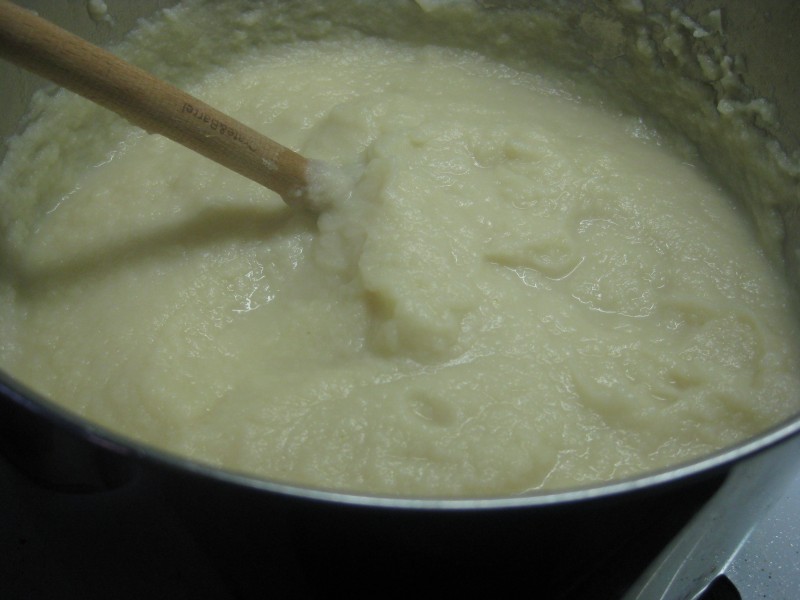 I know it’s not a looker, chickens, but let’s not judge a book by its cover.

This is a pretty solid soup that can be made vegetarian and is also full of good-for-you nutrients (it’s a great source of vitamin C and potassium, in case you were wondering). If I did it again, I’d use either less cauliflower or more chicken broth, because all week, it’s basically looked like I’m bringing mashed potatoes for lunch.

As for JW? He ate it for lunch today, citing it as “the best cauliflower soup he’s ever had.”

Despite knowing it’s the first (and probably last) soup of this kind he’ll ever taste, I intend on taking that as a compliment.

It’s just the way I am, chicks.