Last night I got home and walked into the kitchen. I was getting myself a snack, when I heard Andrew at the door. When I opened it, Andrew and Corelyn walked in with bags of presents for Christmas, and a six-pack of beer.

“Are you guys coming over?” I asked

“Yes, we are,” said Corelyn

“Did I know you were coming over?” I returned

“Well…no.” Corelyn and I proceeded to eat our snack while Andrew and Jeff got settled in front of the TV to watch the Patriots v. Colts game.

Then Corelyn and I decided that we should make Indian food for dinner.

And that’s where the trouble began. Corelyn wanted to attempt aloo gobi. I wanted to attempt chicken tikki masala. And I had a puff pastry that absolutely needed to be used. Immediately. (Slash I had it for six months and was SO SICK of it being in my fridge.) 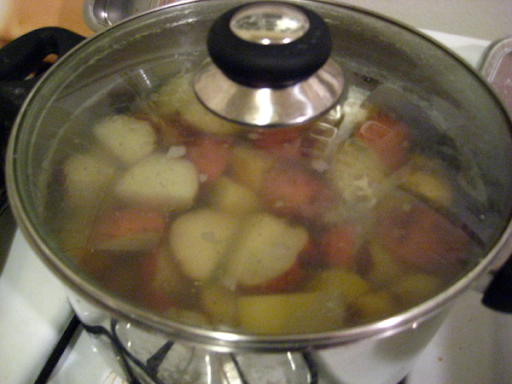 Corelyn wanted to make Aloo Gobi. So we attempted this recipe.  It involved us making our own garam masala. 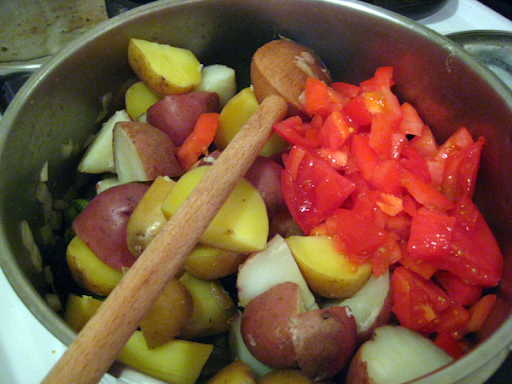 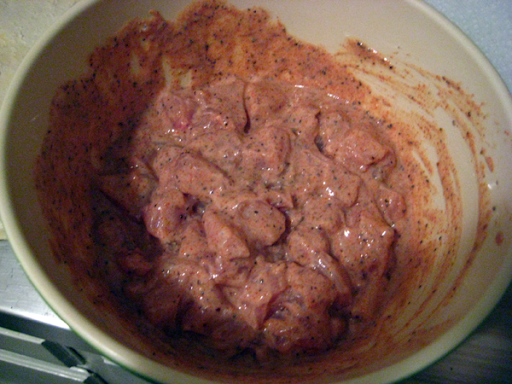 Meanwhile, I wanted Tikka Masala. We didn’t have any cream, so I used yogurt and milk. It was fine. 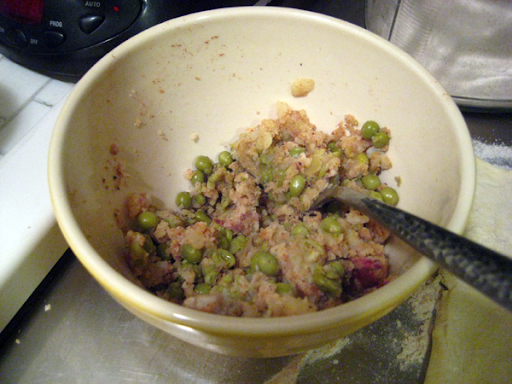 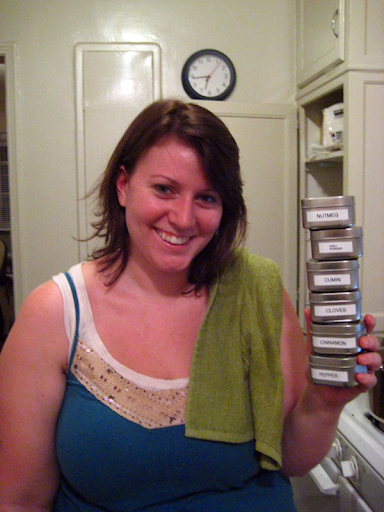 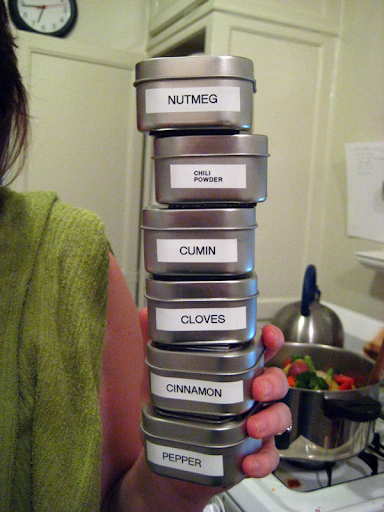 These were the spices we used for garam masala. Pepper, cinnamon, cloves, cumin, garlic pepper, and nutmeg. It was a bit spicy. 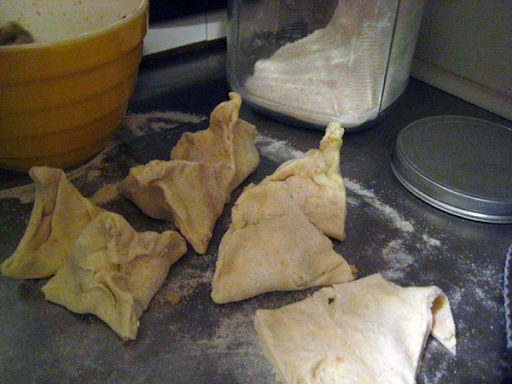 I wanted to make samosas with the puff pastry. We had extra potatoes, and Corelyn told me she had a can of peas. More garam masala, and squished it all together. 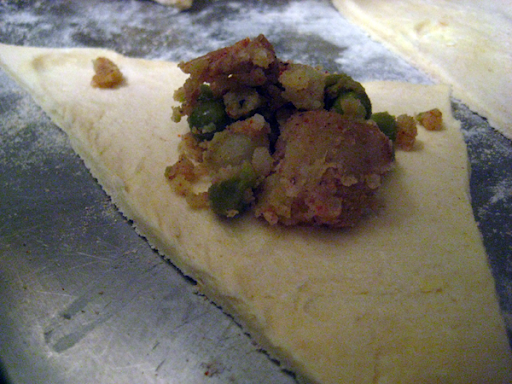 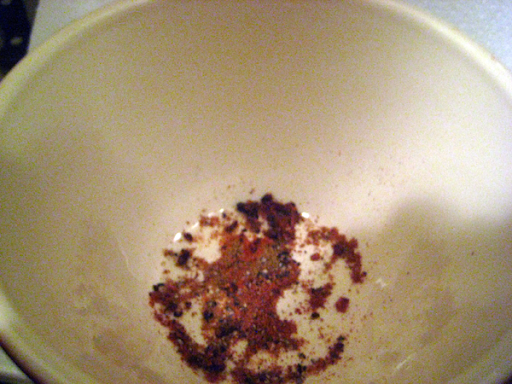 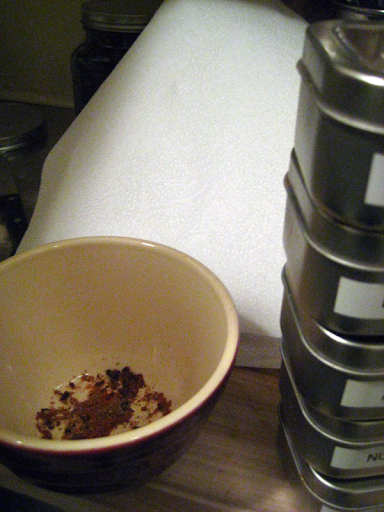 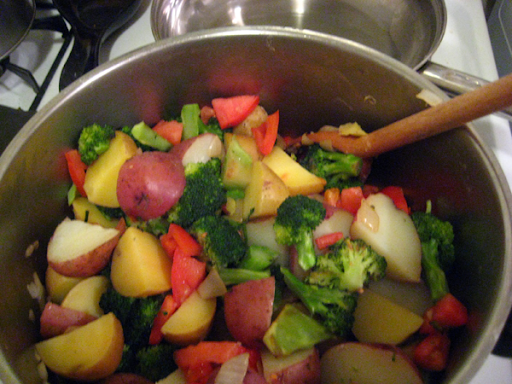 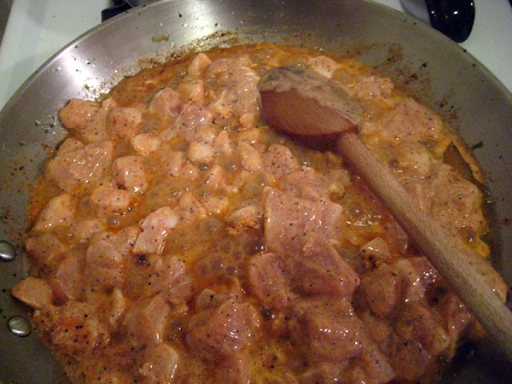 Cooking Tikka Masala after 40 minutes in the fridge! 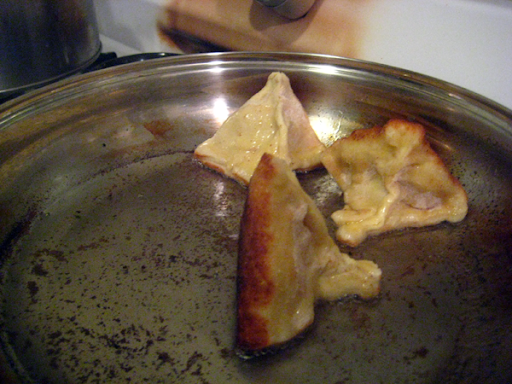 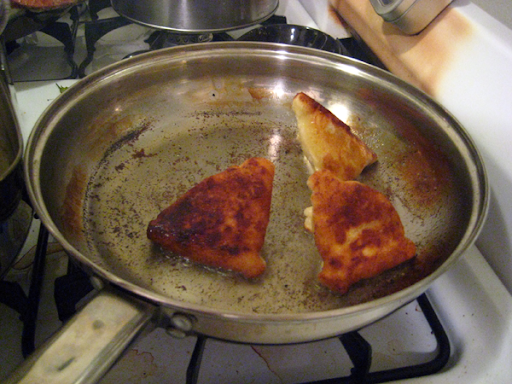 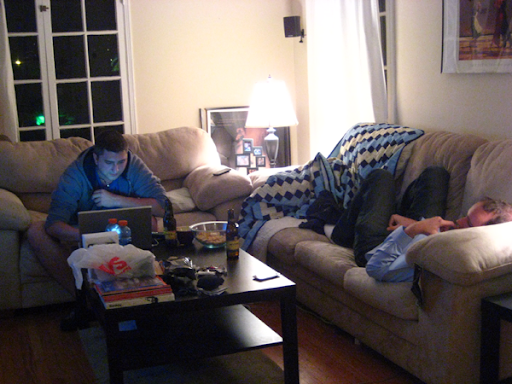 These were the boys watching football. It was very funny. 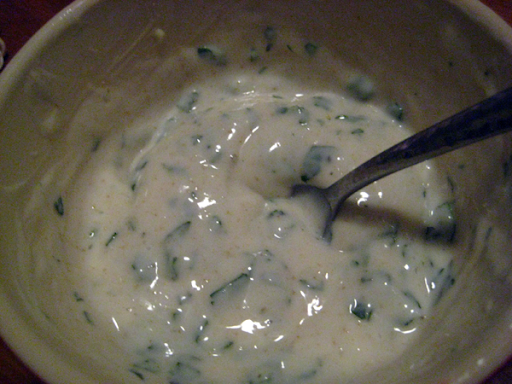 This is the mint sauce that Corelyn made. Without which I would not been to eat ANYTHING we made. It was VERY VERY spicy. But so good. A long, epic cooking night, four recipes, and three days of leftovers.