On a hot summer day, there is nothing more perfect than a bowl of cold sesame noodles. When we decided to cook up a batch of cold salads last weekend, these were at the top of my list! 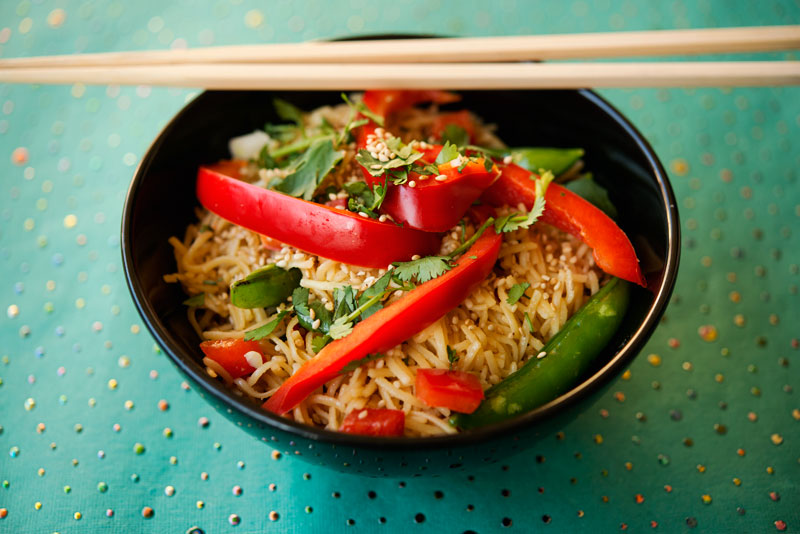 I turned to Nigella Lawson’s recipe over at the food network, because it seemed simple and fresh, and it did not disappoint. 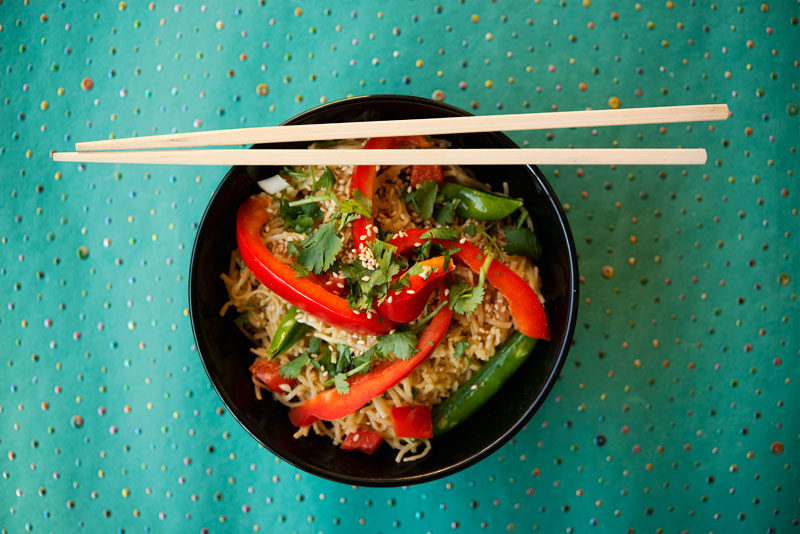 Lawson’s recipe called for actual vegetables, which was one of my favorite things about it! I couldn’t find snow peas, and my supermarket was fresh out of bean sprouts, but sugar snap peas made for a refreshing substitute and what sesame peanut sauce couldn’t stand to include garlic? Add a little red bell pepper, cilantro, scallions and things start to get interesting. 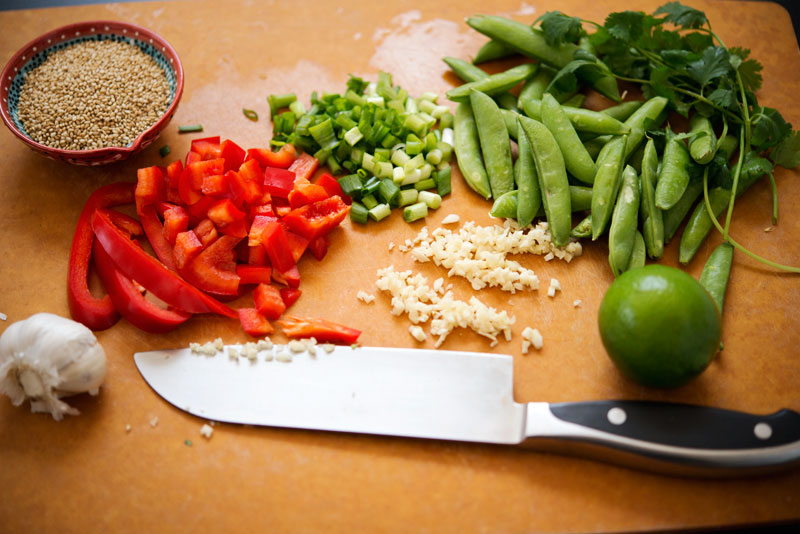 We made a few extra noodles than the recipe called for, but ended up nearly doubling the amount of sesame peanut dressing, and it certainly wouldn’t have hurt to add more. If you make the recipe yourself, I’d recommend doubling the dressing recipe and adding it to the noodles little by little until you reach a noodle to sauce ratio that looks good to you. 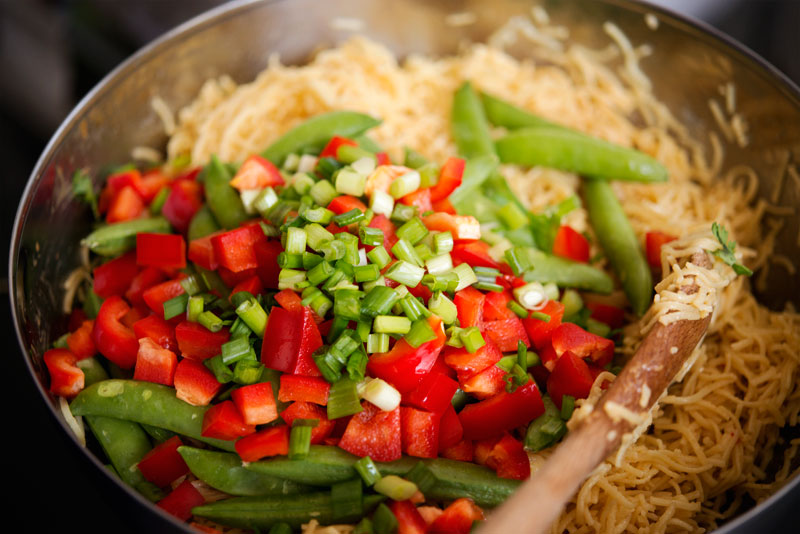 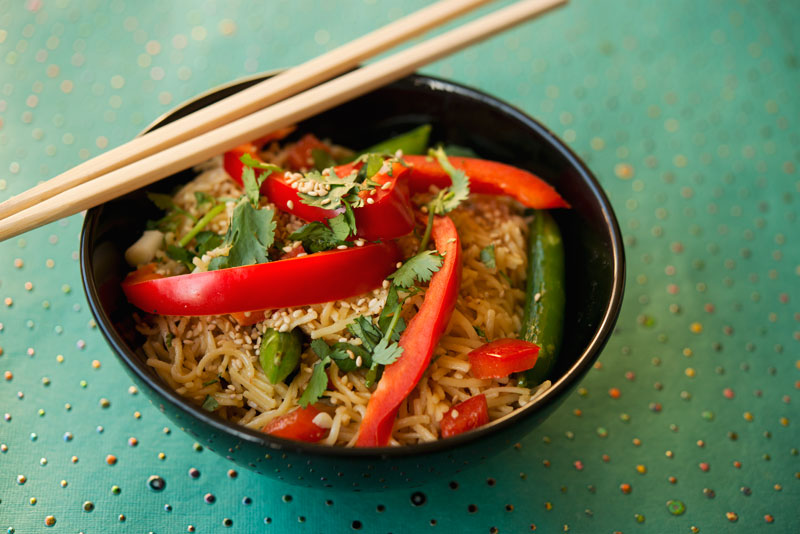 Serve your first bowl of this with a little cilantro and a sprinkling of sesame seeds. Then abandon all decorum and spend the rest of the week sneaking forkfuls out of the tupperware every time you open the fridge. If one batch of noodles makes it past the 3 day mark, we will applaud your restraint!