Posted on June 26 2012 by sorellacaienna

Last night, JD, Ky and I had what I like to call a “working night” in which we whip up something new and delicious for me to share on this blog.

We pour glasses of whatever our drink of choice is at the moment (last night was a vodka-soda kind of night) and then we dig right in.

We decided to model our meal after this recipe. We came up with it by googling all the items we’d purchased at the Farmers’ Market that morning and then going from there.

I find that this has a fairly good success rate.

Also, this recipe allowed us to pick up some skills with a new tool.

I give you, the mandolin. 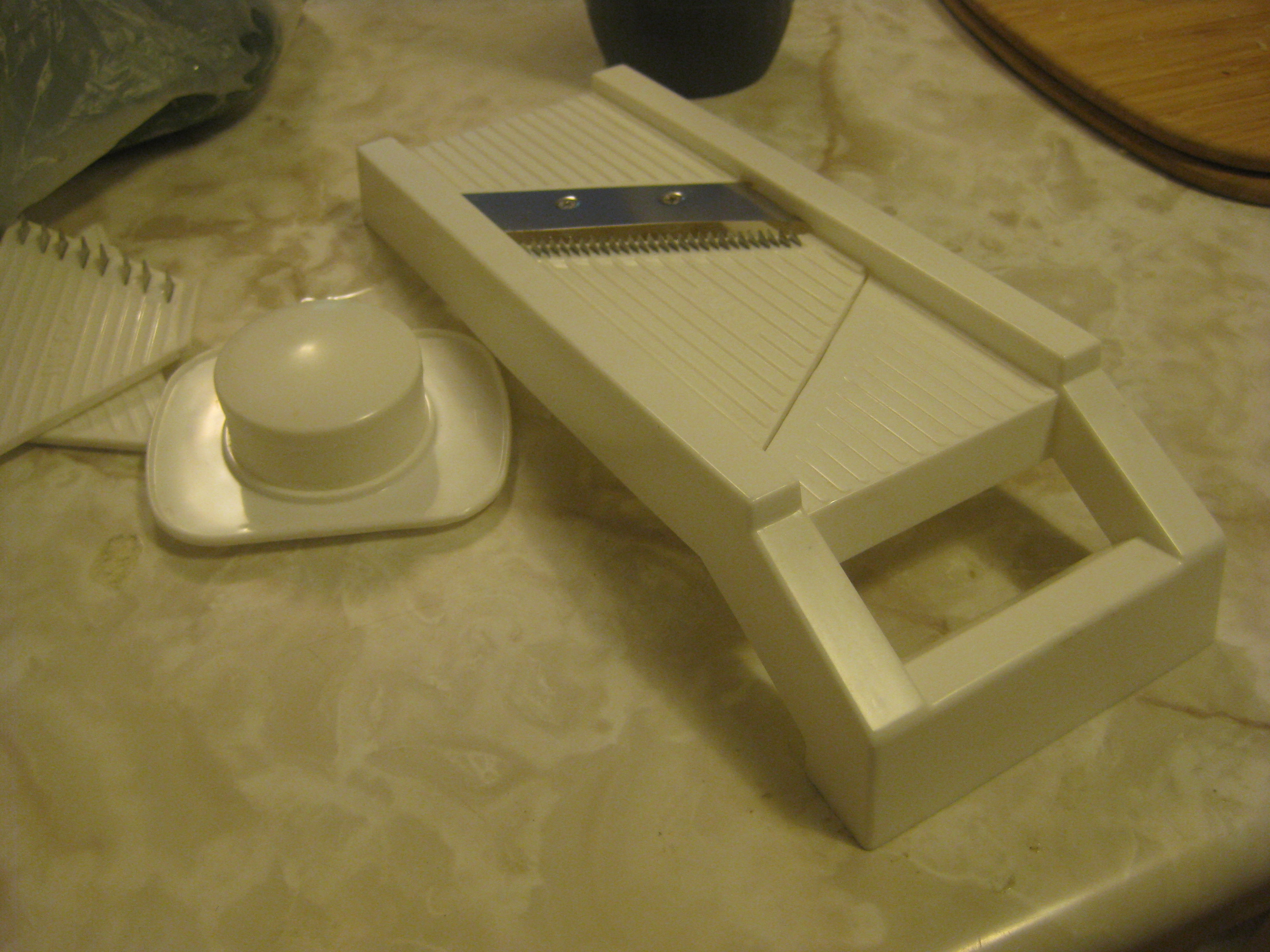 Ky has had one of these beauties for awhile, but we’ve never used them in one of our projects before.

To be honest, they kind of scare me.

However, the recipe calls for zucchini ribbons, and we really weren’t sure how else to get the job done.

So we handed the sharp blade to Ky and hoped for the best.

What you end up with, if you’re lucky, is a pile of zucchini (we did two) and no sliced digits.

Next up, we read the recipe, and then made some adjustments.

Ky scanned the instructions, looked up at us, and noted, “It looks like we put the thing in the thing, and then fill it with the thing.” She looked up and pointed at a pot on the stove. “Put all the shit in that thing.”

She was dead serious.

And her directions were fairly accurate.

Basically, we boiled a giant pot of water, threw some peas in it for 4 minutes, and then fished them out with a slotted spoon.

“You know there’s a strainer in that pot, right?” JD said, as I struggled to get all the peas out of the boiling water quickly.

I wanted to use the spoon.

Once that was done, we boiled some pasta, and threw in the zucchini pile for the last 30 seconds.

After that, we scraped all of our vegetables and linguine into a giant bowl.

JD tried to scrape all of the zucchini off the sides of the pot, but it was hot and her spatula wasn’t quite doing the trick.

Naturally, I crawled in underneath her while exclaiming “Switch with me so I can get all that zucchini with my witchy hands.”

My hands have been burned so many times that I can’t even feel the heat anymore.

We got every last ribbon in our bowl.

Now it was time for the sauce making, so we zested lemons and chopped basil and poured more drinks.

I mostly participated in the drink sipping at this point in the evening. 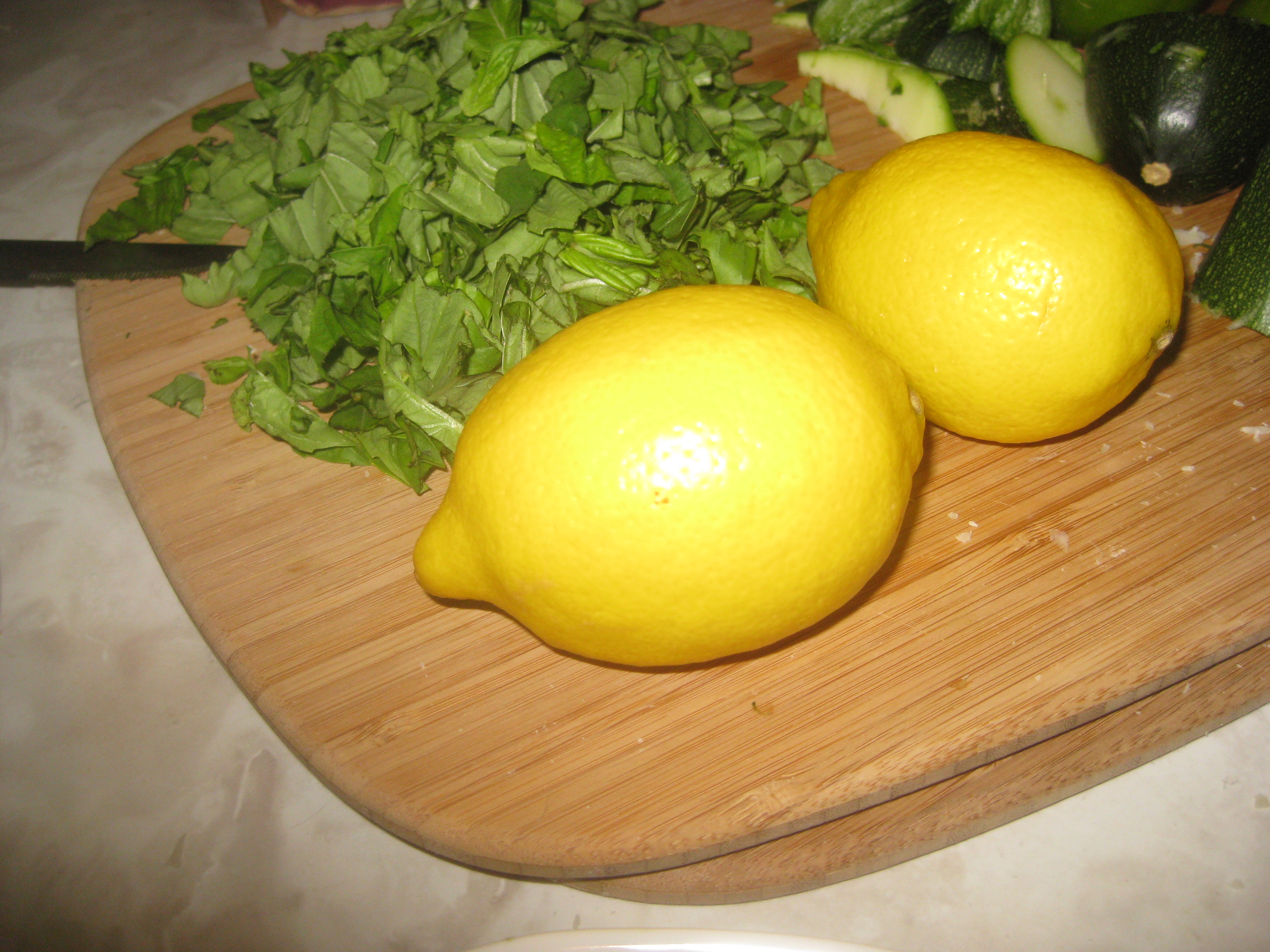 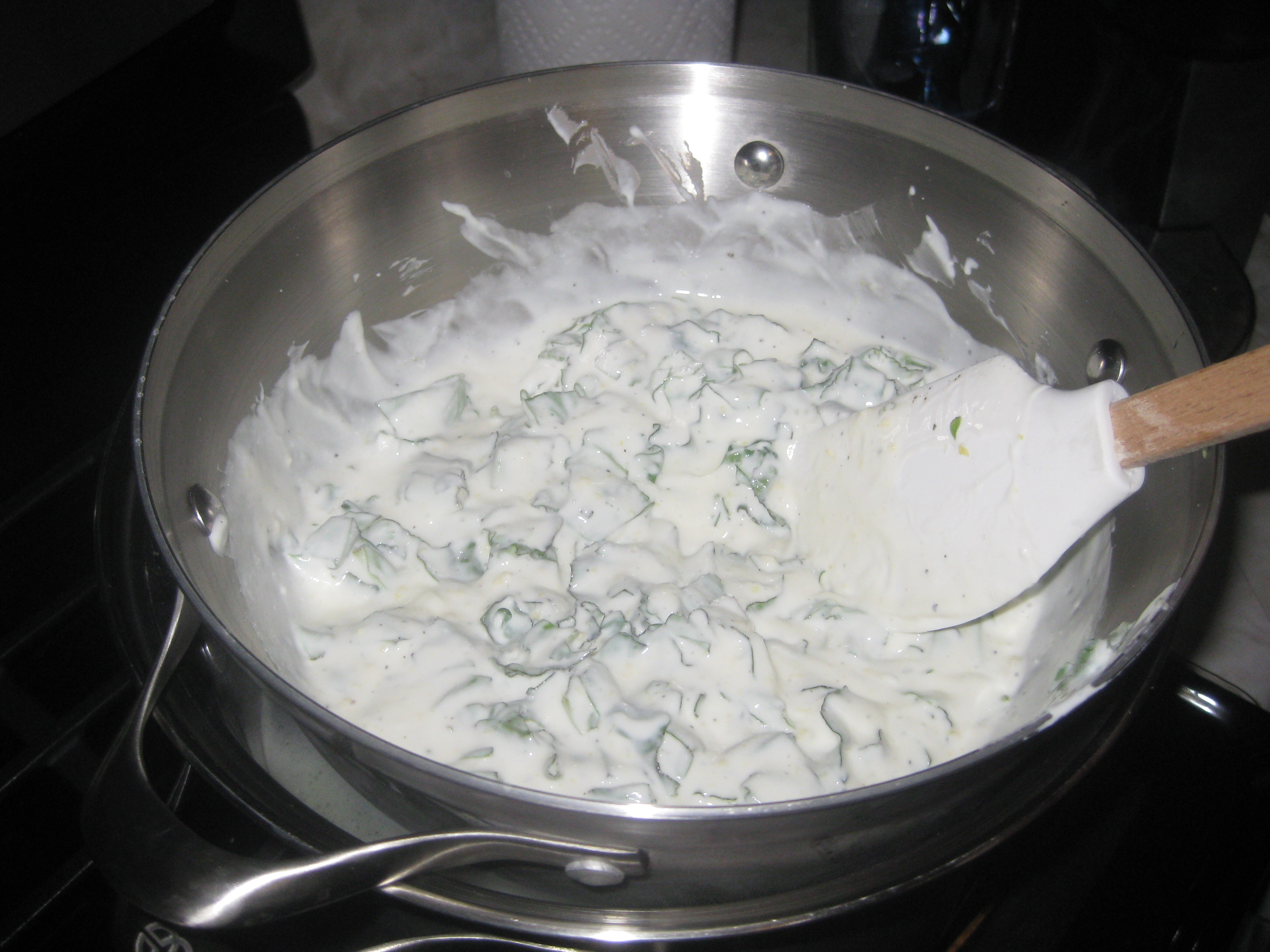 We used about two (probably a little more) cups of plain yogurt, some zest, and a ton of chopped basil and s&p to make the sauce. We threw it on a makeshift double boiler, and stirred constantly until it thinner out a little bit.

Then we added a little more salt and poured the whole mess over the pasta, peas, and zucchini, adding a little milk to thin out the sauce. 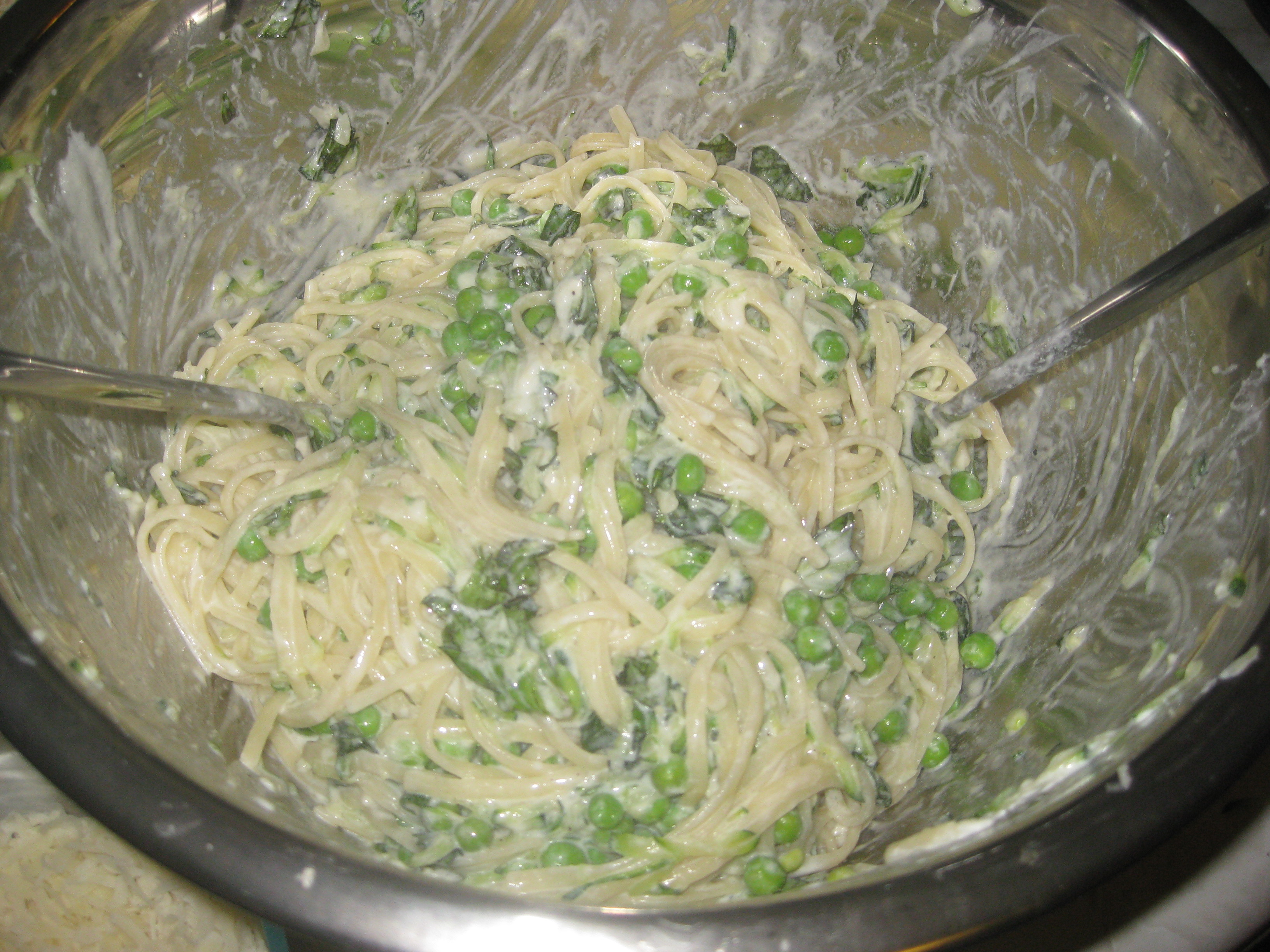 This, alongside some delicious grilled chicken, and a night of laughing on the deck, definitely made us feel like summer had finally sailed on in.

Hopefully we’ll continue that relaxing, good time vibe tonight as we hit up Ravinia for the first time. Enjoy your Sunday, chickens, and enjoy the summer breeze out there!