The month of Thanksgiving is here, and many of you already know that it’s our favorite holiday. If your typical Thanksgiving is anything like ours, it’s a group effort. What is better than a potluck style meal? But technology has changed – now invitations come via email, and sometimes those emails go to your junk box. Suddenly you’re RSVPing to your Thanksgiving dinner a few days after everyone else…and someone is already signed up to make your signature dish. 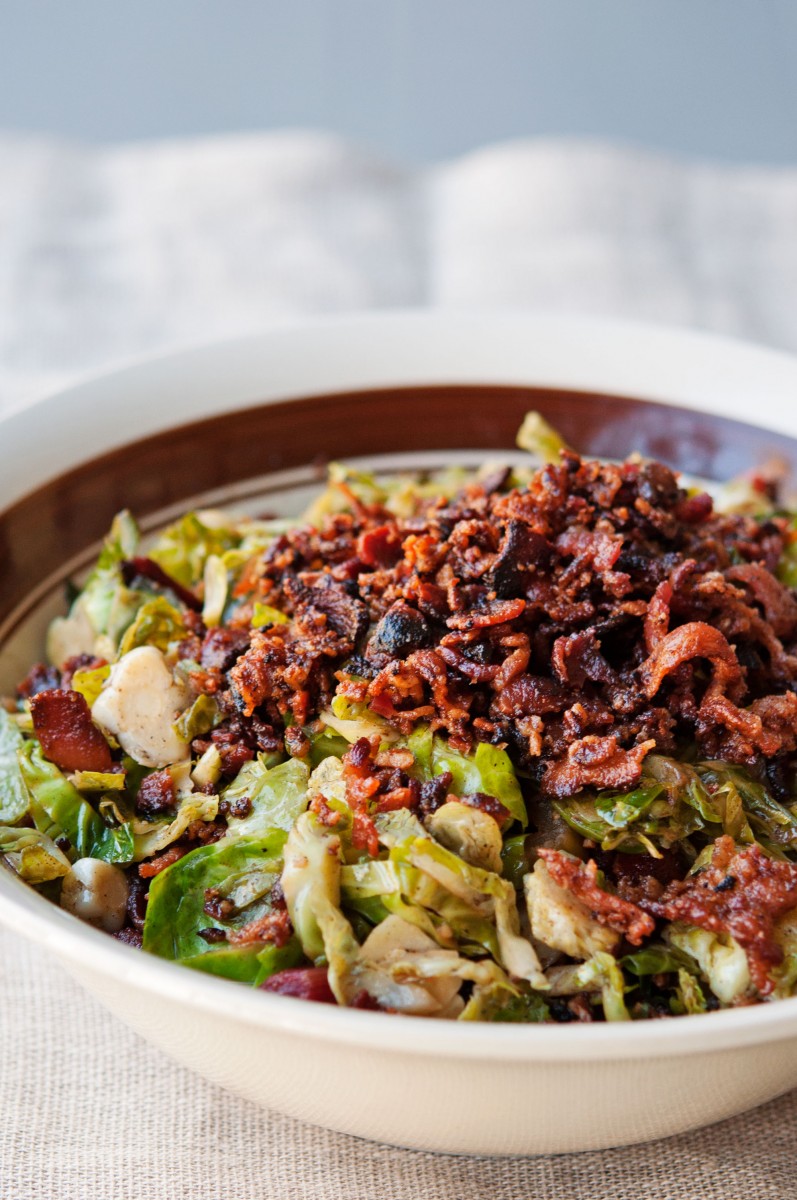 So, what do you do? You don’t want to have four green bean casseroles at your meal, but Thanksgiving isn’t the time to be trying out new recipes and seeing if people like them. Thanksgiving is about the classics done right, about pies so famous that they are lusted after year round. So what do you do?

You make a new classic. And that’s where we come in – we’re here to save you from the woes of being stuck bringing the canned cranberry sauce or – God forbid – the dessert plates.

This month, we’ll be exploring options for what to do if your signature dish has been accounted for already. This week, we’re giving you two options for alternate veggies dishes if you find out that the Green Bean Casserole has been swiped but you still want to bring a green. 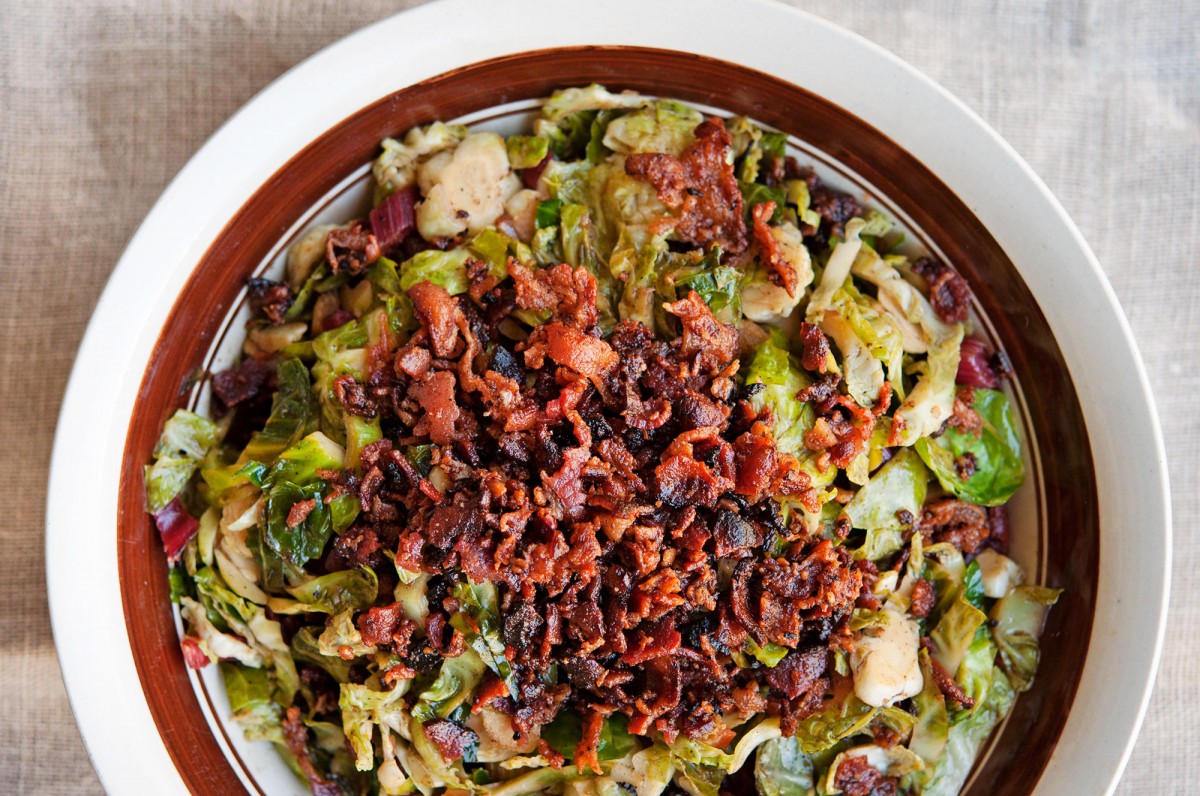 First up, this Brussels Sprout Hash with Bacon will give any Green Bean Casserole a run for its money.

Directions
1. Start by cooking your bacon in a large skillet until it is nice and crispy. Then, set aside but leave the bacon grease in your skillet.
2. Saute your shallot, garlic, and chard in the bacon grease for about 2 minutes until the chard just begins to soften.
3. Add your spices, sliced Brussels sprouts, apple cider vinegar and maple syrup to the skillet and set to a  medium-low heat. Stir occasionally while cooking an additional 5-7 minutes, or until the Brussels sprouts turn a bright green color and just begin to soften.
4. Toss in the crumbled bacon pieces just before serving.

If Brussels sprouts aren’t your thing, tomorrow we’ll be experimenting with our pal broccoli – something even the kids will eat!