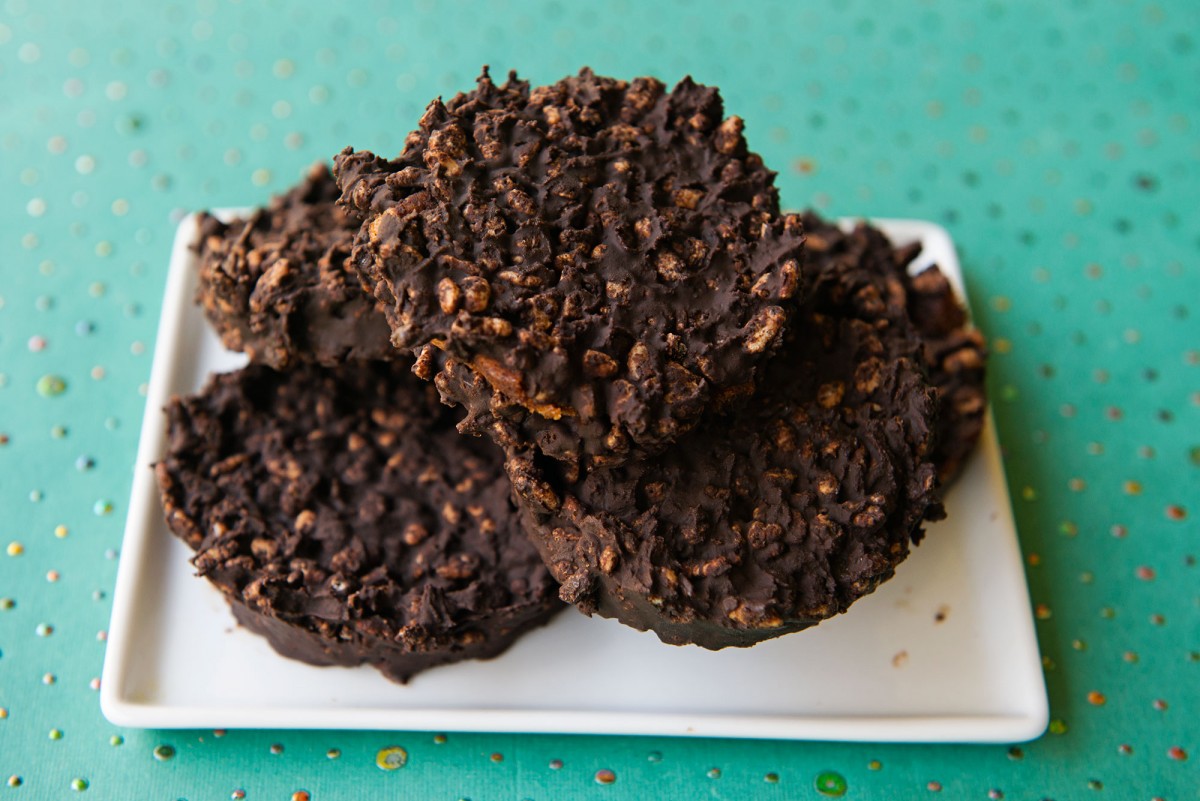 Today is Jeff’s 30th Birthday, and to celebrate we had a barbecue, and obviously part of that was making Jeff a treat. His first request was a cookie cake (so easy!) but upon further reflection, he decided what he really wanted was a Star Crunch, homemade.

What’s Star Crunch, you ask? Well, they are a Little Debbie snack, described as, “A soft, chewy cookie topped with caramel and crisp rice then covered in a layer of fudge.”

Now, looking at the ingredients of a Star Crunch you’d never know what was actually the snack, which let’s forevermore acknowledge as a treat (because who snacks on cookies covered in fudge?!). We did some taste testing, some dissection, and two batches of taste tests with Jeff before getting it right. 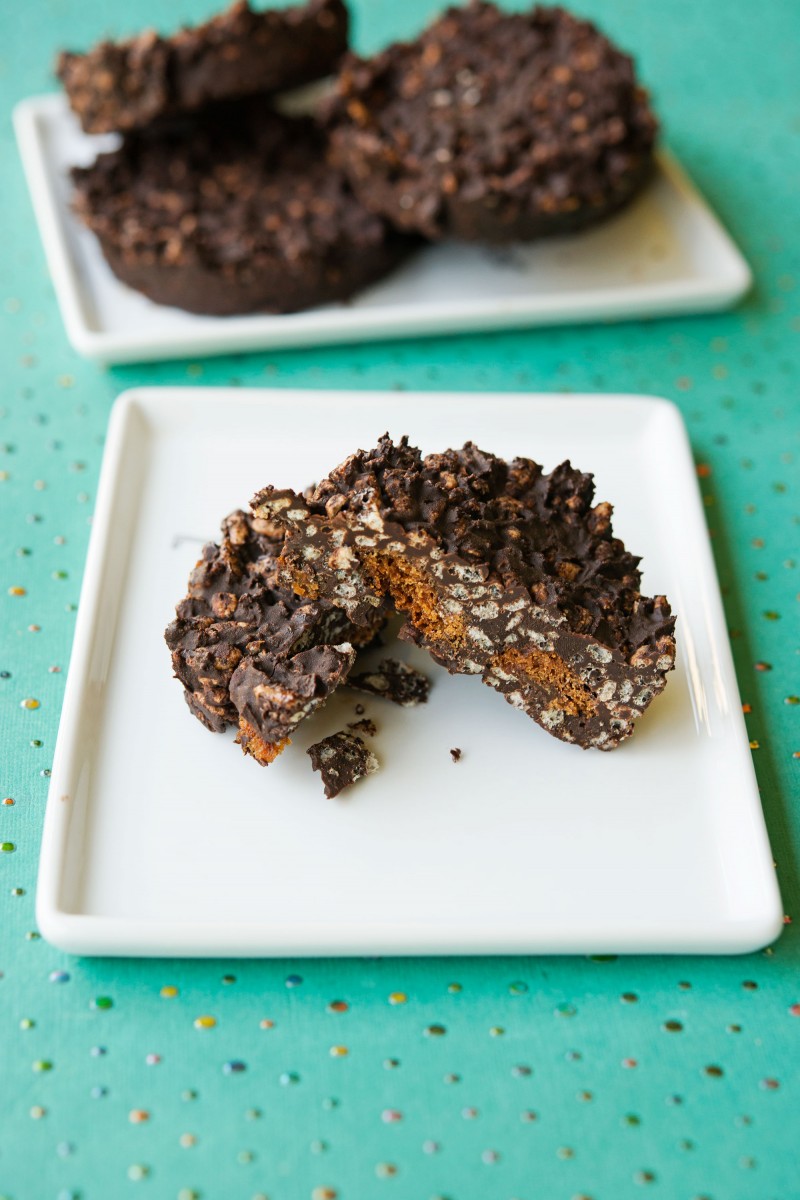 First of all, we determined the cookie inside most definitely was a molasses cookie of some kind, so we set out to find a molasses cookie that’d stand up. We ended up using Bon Appetit’s Molasses Cookie recipe, but we left out the cardamom, cinnamon, and ginger, as we didn’t want the spices to interfere with the rest of the snack – the overlying flavor in the original Star Crunch cookie was molasses, so we went with that flavor.

We made the recipe otherwise as stated, and we smeared it onto a baking sheet (a jelly roll pan) as thin as possible, taking up the entire sheet. Then we baked as instructed for about eight minutes, and let it cool. 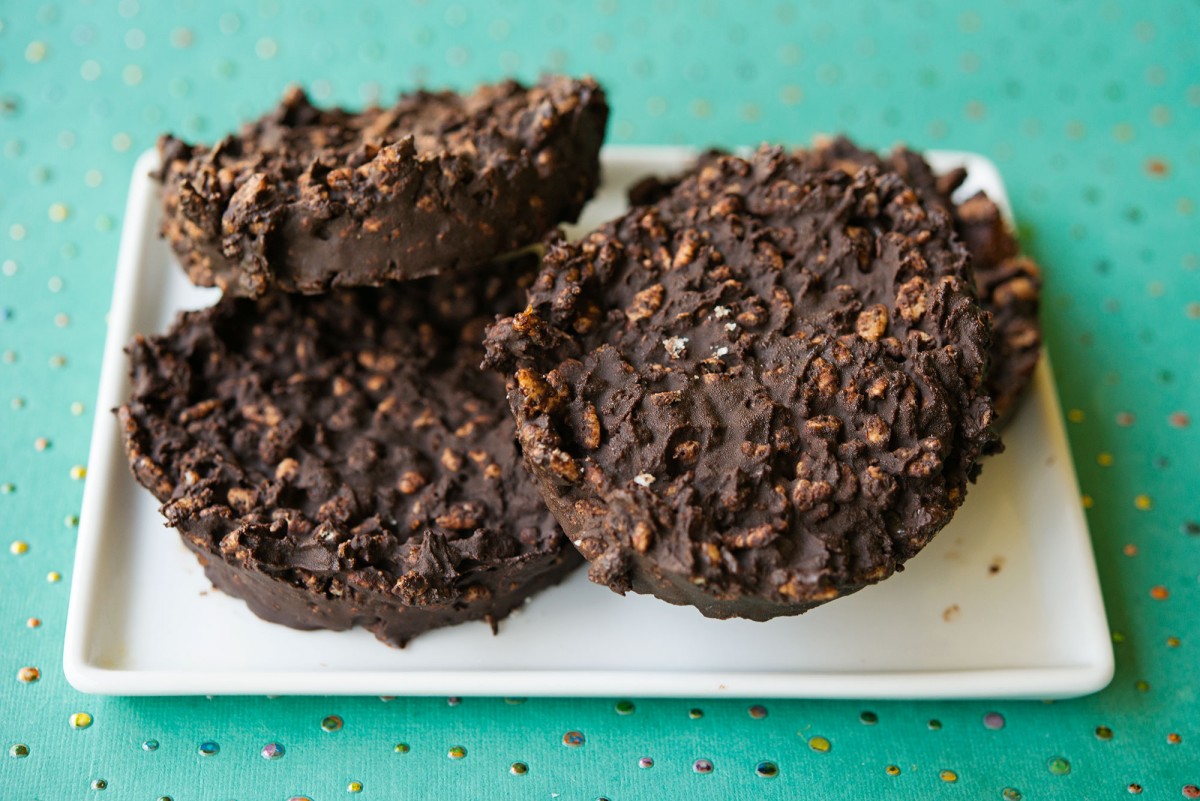 The recipe to success seems to be this: mix the caramel sauce with the melted chocolate (we used the whole pound plus bar and melted it with a double boiler) and stir until smooth. Then, add about three to four cups of crispies – as many as you like, this is more of an art than a science.

Cut the molasses cookies into circles (we have a whole circle cookie cutter set, and that’s what we used.) Next, you’ll use a slightly larger circle cutter (we used a 3 inch as our larger circle, but again whatever you have is good) and on a parchment lined cookie sheet. Fill your circle mold with a thin layer of the crispy/chocolate mixture. Then, drop a cookie on top of that. Add a crispy/chocolate layer to the top of that, and then lift off the circle mold, being careful to get crispies all the way around the edges of the cookie. This will most certainly be a messy process, but a delicious one.

Repeat until you run out of crispies or cookies, and then freeze your trays for 15 minutes until hard. Store in the fridge until you’re ready to eat and/or serve. 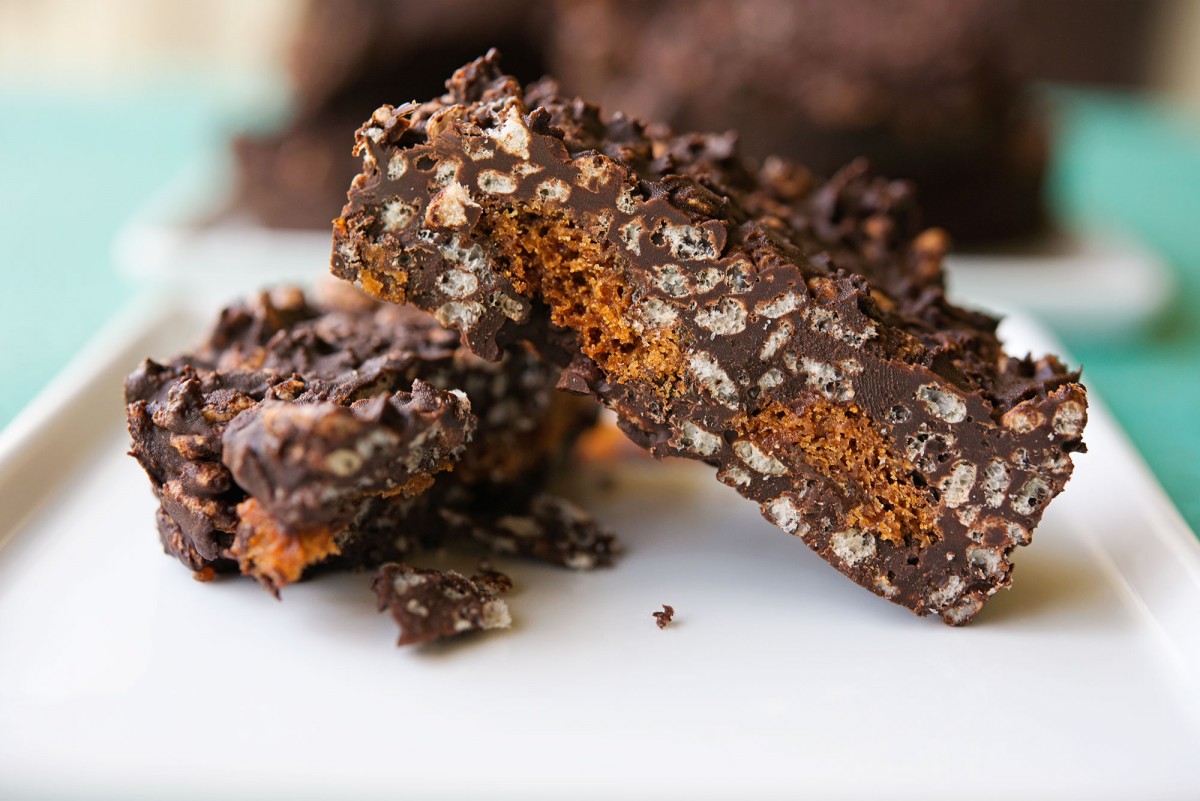 These were a big hit at Jeff’s barbecue, and they were much more delicious than the originals. Plus, it was fun to try to recreate a snack that evoked such nostalgia! We hope you get a chance to make these and enjoy them like we did!