Hey y’all! Jennie and Corelyn are off adventuring on the east coast for Jennie’s wedding. While they’re gone, please enjoy some guest posts from our favorite bloggers.

This post is from our friend Jessie, of Cake Spy, who we met when we were at the Bake for Good workshop weekend with King Arthur Flour! She is sweet, funny, and makes a mean dessert. We hope you’ll subscribe to her blog and love her posts as much as we do! 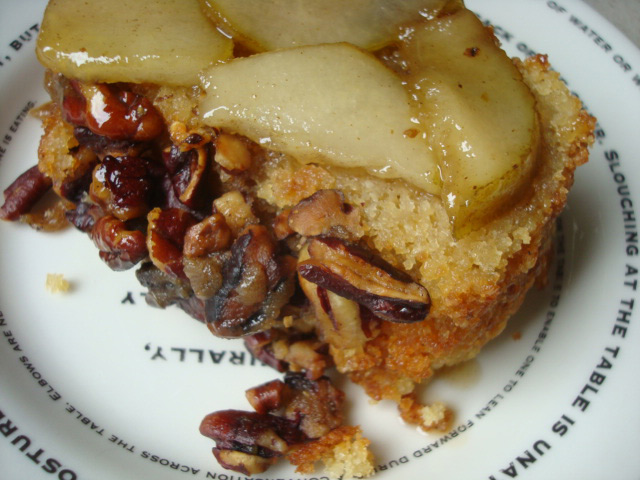 With my first attempt at baking from the new book Seasonal Fruit Desserts by Deborah Madison, I managed to do something rather unlikely: I made a dessert which contained absolutely no fruit, seasonal or otherwise.

What I did, of course, was I flipped right to the back of the book where there is a section entitled “cakes to go with fruit”–and I chose the most rich and delicious-sounding one, the Brown Sugar-Ginger Cream Cake, which was described as having a “poundcake-like personality”. Sold! I baked it up, using part almond flour for fun (it made the texture slightly more coarse, I think, but not in such a bad way), and it came out beautifully.

But how to top it? Flipping to another section of the book, I came across a recipe for Candied Five-Spice Pecans, suggested as a great accompaniment to ripe pears; they sounded good, so I made a batch and put them on top of the cake, completely ignoring that pesky and vaguely healthy-sounding pear part. And oh, are they divine on top of the buttery, rich cake. 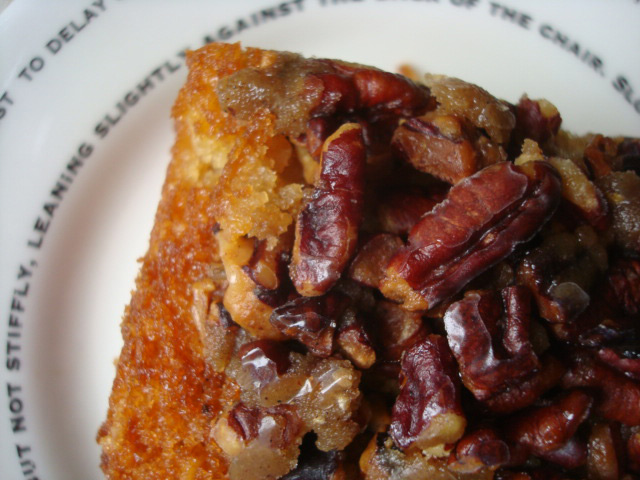 But ultimately I realized it wouldn’t necessarily be honoring the book’s, ah, entire mission, to not include fruit, so I sliced up a ripe Washington pear in a skillet with 2 tablespoons of butter and 3 tablespoons of brown sugar, stirring frequently over medium heat until the liquid had reduced and the pear had been battered into sweet, buttery submission.

And you know what? The fruit made it even better, and made me feel a whole lot better about eating it for breakfast (It has fruit! And nuts! It’s practically health food!) 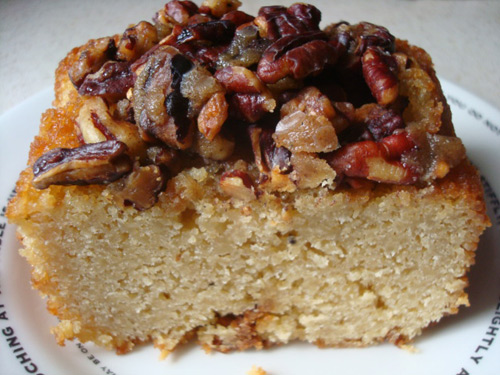 Check out the recipe on Cake Spy. Let us know if you decided to make this and what you change if anything to make it even more divine!