Posted on August 28 2013 by sorellasenzaglutine 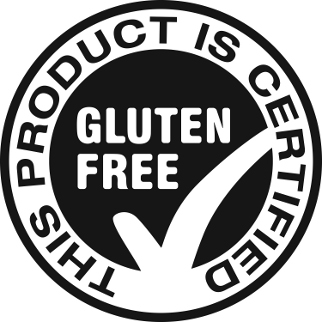 Happy news fellow celiacs and gluten-free eaters!  Until very recently, there has been no regulatory definition for labeling a food item with the term, “gluten free”, but now there is! Gluten-Free Labeling of Foods under the Food Allergen Labeling and Consumer Protection Act of 2004 (FALCPA) goes into full effect August 5, 2014 after 7 years of waiting for such a standard to be implemented.  FALCPA was a huge step forward for labeling for the top eight allergens; however, it had limited use for celiacs as rye and barley are not included within the top eight allergens, yet contain gluten.

Since the FDA has now set legal standards as to what it means to label a product GF, after August 5 of next year foods labeled gluten free are defined, and there will be penalties for mislabeling.  Unfortunately, unlike FALCPA, which makes labeling for the top eight allergens required by law, the gluten free labeling component is purely voluntary.  I am hopeful that food manufacturers will continue expanding their GF labeling, and I hope these newly defined standards will allow companies who were previously hesitant to participate to start labeling their foods, now that there are clear guidelines for them to follow.

Just a couple of things to bear in mind.  This rule applies only to food and dietary supplements that are regulated by the FDA and not other governmental organizations. Meat, poultry, eggs, alcohol, and malted beverages, which are regulated by the USDA and Alcohol and Tobacco Tax and Trade Bureau respectively, and are not covered by this new law; though the FDA says it will work with the TTB to “harmonize” labeling across agencies.

Finally, this law also does not extend to the labeling of gluten in medicine, though there is a proposed Act HR 2003: Gluten in Medicine Disclosure Act of 2013 sponsored by Representatives Nita Lowey (D-NY) and Tim Ryan (D-OH), so this is something to definitely keep an eye on.

While there are some cavets to the new labeling I am greatly excited about this recent development that I am confident will have a positive impact on my shopping, eating, and general life habits!

For more information about the new laws: