Posted on March 19 2014 by sorellazenzero 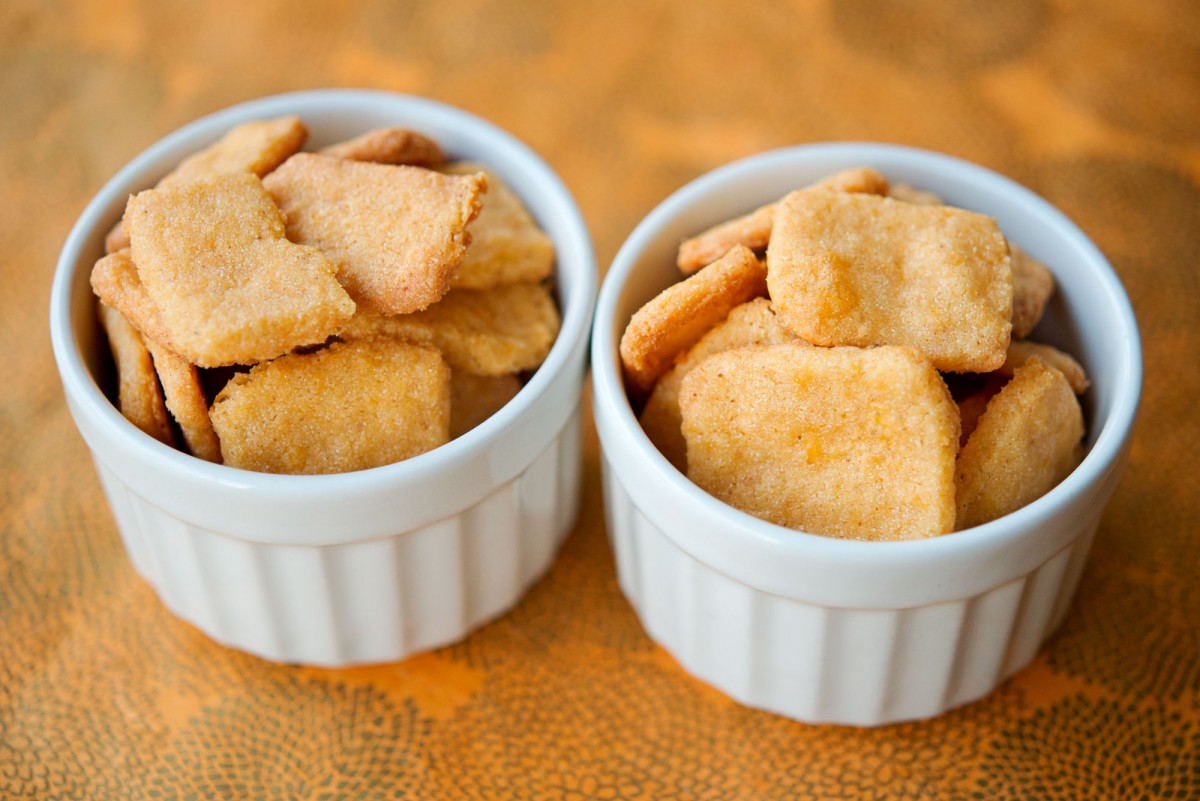 When you’re told your stomach can no longer digest gluten, your food life flashes before your eyes. As my doctor spoke those fateful words, I was physically looking at her but was seeing everything I loved and could no longer enjoy. Pizza was the number one loss. I couldn’t shake the idea that a formidable slice of cheese with mushrooms and olives was sitting next to me on that papery exam table, come to pay its respects to a stomach it would never see again. Then in walked spaghetti, breakfast sandwiches, straight up bread. Everything swam through my head in a melancholy dirge, a gluten-filled parade.

Cheez-Its, however, were late to the party. In fact, they didn’t even enter my brain-space until I took a wrong turn down the cracker aisle and found myself near tears holding a package of Goldfish, all the simple goodness of novelty shaped cheese crackers rushing back to me. 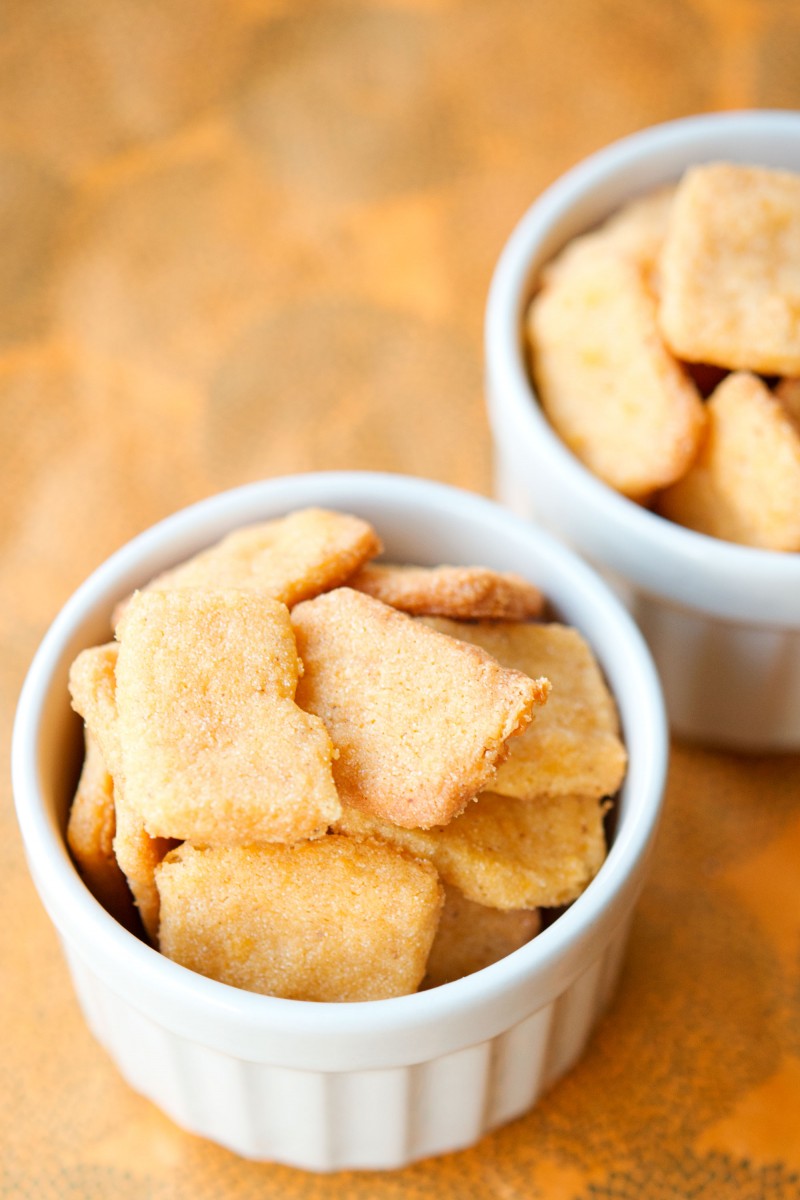 I wish I could tell that sad, cracker-clutching girl that within 5 years she would be living in one of the gluten-free-friendliest cities with close to 30 percent of the population adhering to the GF trend.

And even if that weren’t the case, I would tell her that not eating wheat really isn’t all that bad with a bit of ingenuity and know-how.

With all that in mind this week, I celebrated my fifth year of gluten-free living. And paid tribute to at least one item my past self never thought I would see again.

1. Preheat the oven to 325.
2. Blend all ingredients in a food processor or blender until a lose dough is formed, being careful not to over mix.
3. Gently finish working the dough together by hand.
4. On a (gluten-free) floured surface or between sheets of saran wrap, roll dough out to desired thickness. I rolled mine pretty thin. They bake better if they are ¼ inch or less.
5. Cut into whatever fun shape you want!
6. Place on a parchment paper-lined baking sheet. Give them a little space. They may migrate just a bit.
7. Bake for 8 minutes, rotating them after 4. Stay attentive to them. Depending on your oven they may need a touch more or less time. Just keep in mind they’ll brown before you know it.
8. Let them cool and crisp up.
9. Tell your past self to get a grip and drop the gluten-filled crackers. 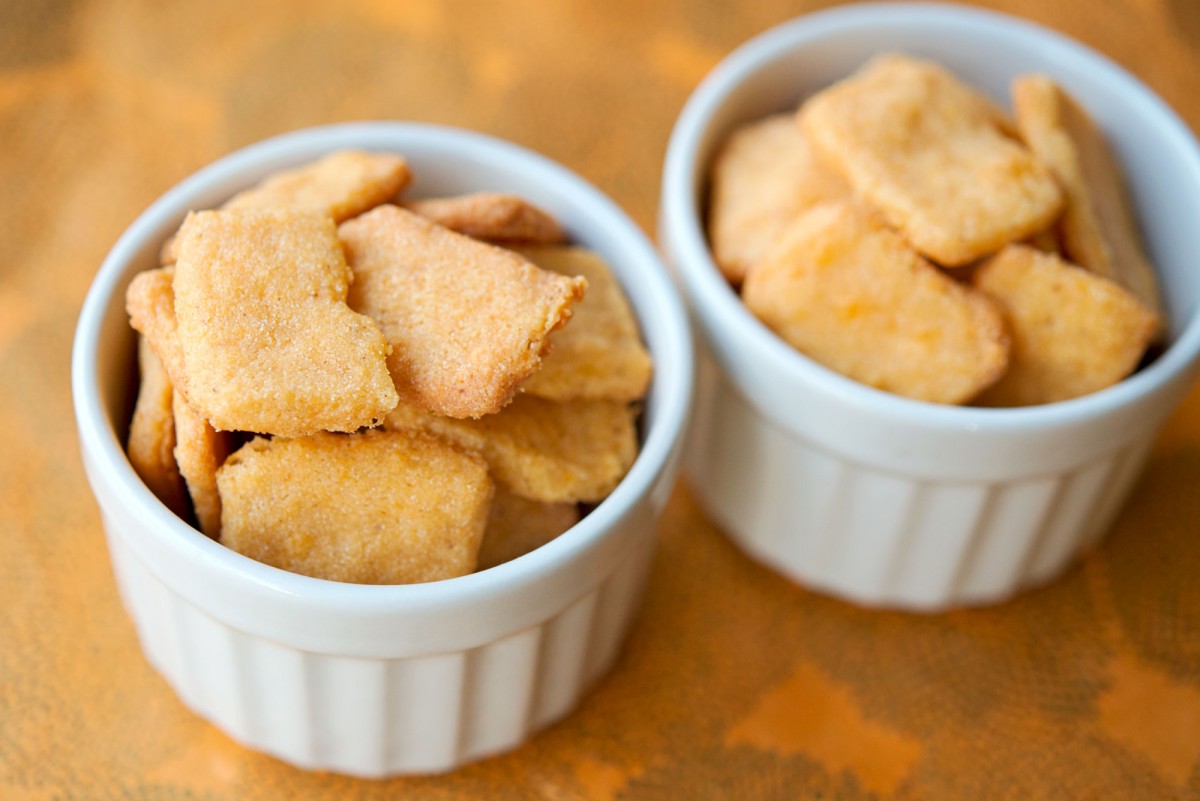 What are some other gluteny items you miss that you wish were gluten free? Let us know and we’ll try to develop them for you!