Posted on June 29 2015 by sorellasenzaglutine 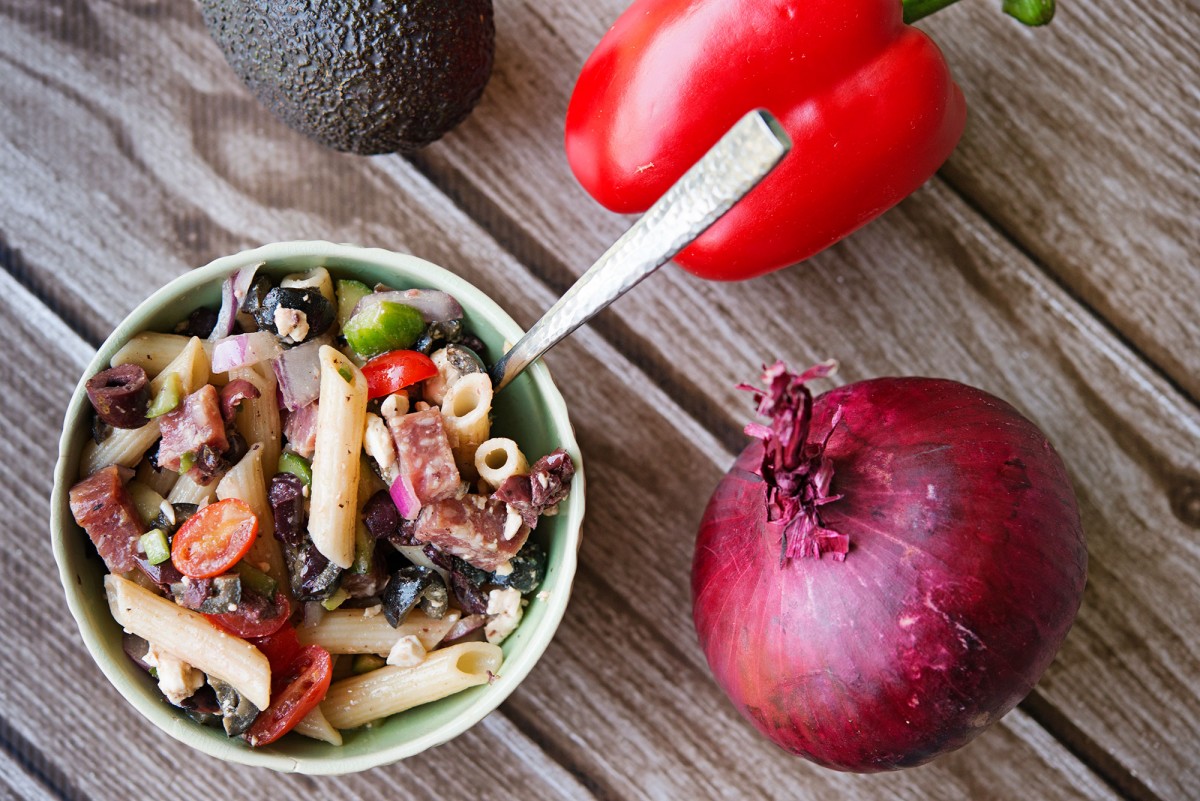 July is almost upon us and that means fireworks, America, and BBQs. When it is so hot out no one wants to cook or turn on the oven, so we found a great recipe that can be a nutritious lunch or a hit at a potluck BBQ.

We made some minor adjustments to the Table for Two recipe besides making it GF by using GF Bionaturae penne pasta. We used black olives instead of green and roughly chopped all items rather than dicing. We do not always have the patience for dicing – especially when it is 90 degrees out. Also, Columbus makes fabulous GF deli meats and cheeses and are widely available. We splurged and used their uncured dry italian salamae, which did not disappoint.

The other great thing about this recipe is that it doesn’t take long – only as long as it takes to do the chopping, mixing, and pasta cooking – less than 30 minutes. The original recipe recommends refrigerating for 4 hours before eating, but we won’t tell if you dig in long before that! 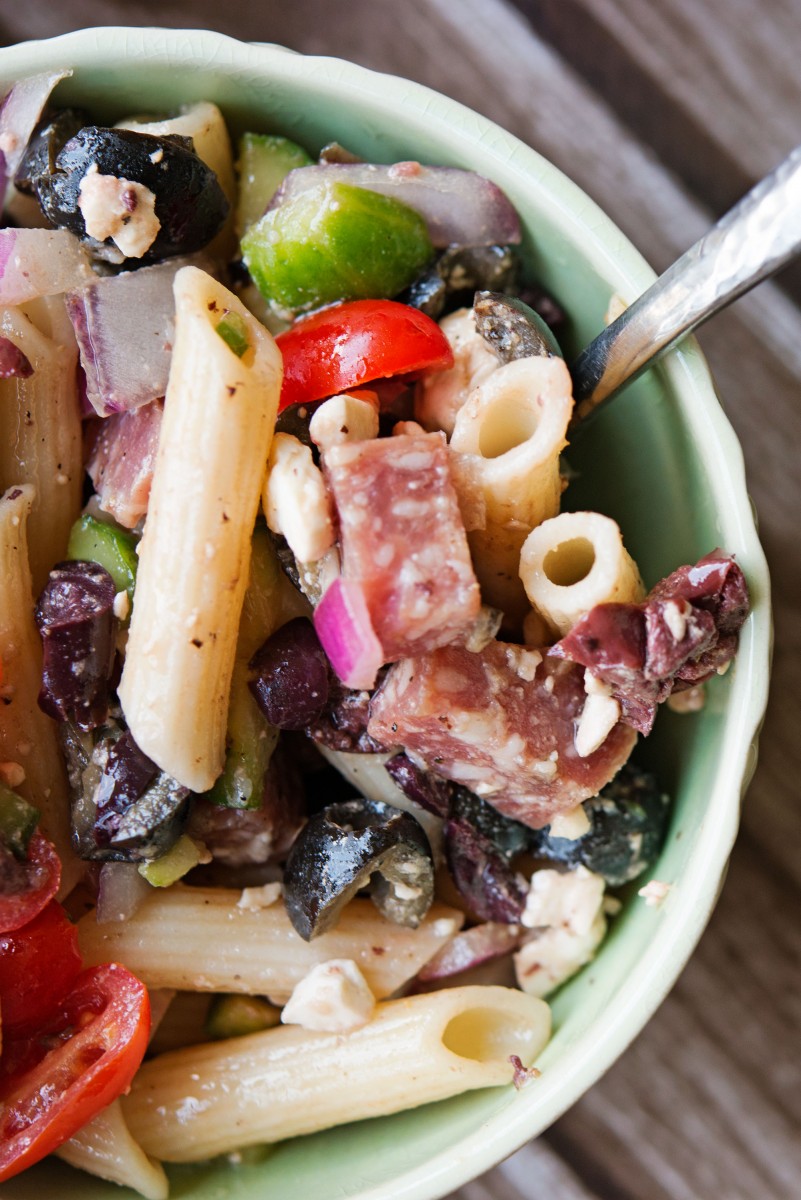 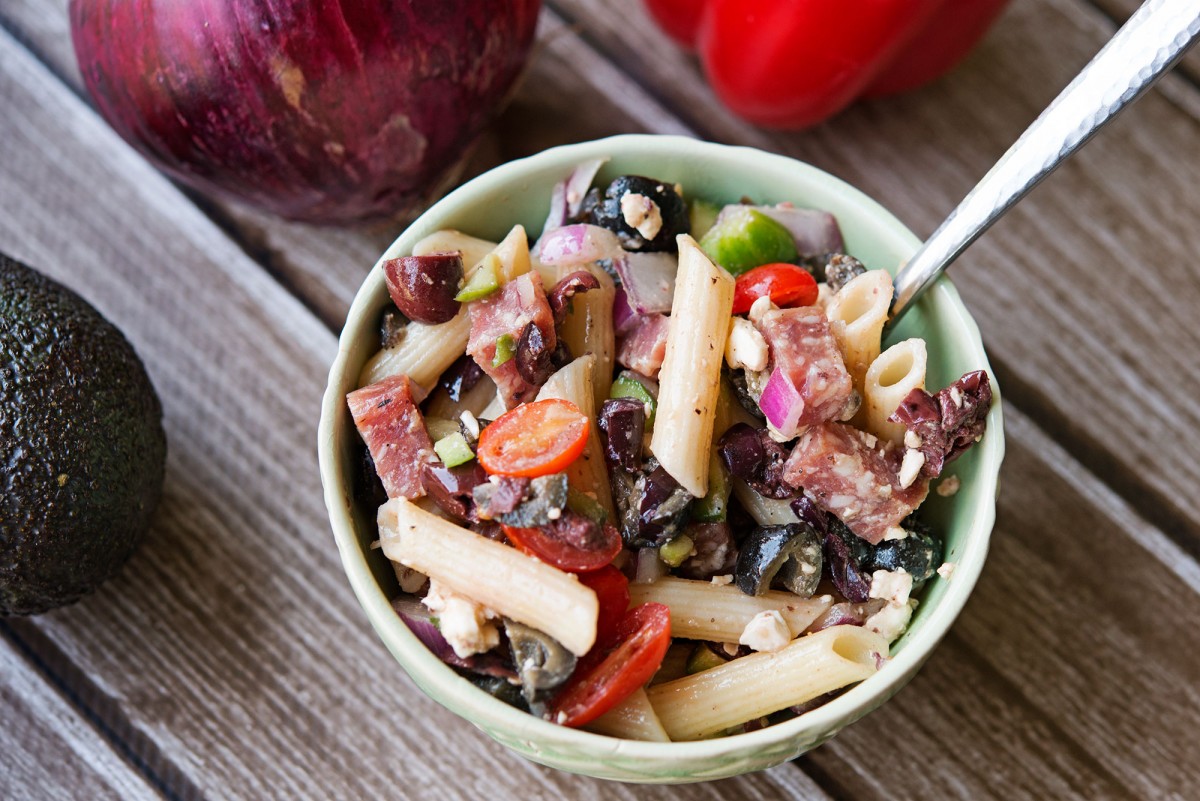 What is your go to BBQ potluck dish?