We can’t help ourselves. We just love cumin, and we couldn’t wait any longer to dedicate a whole month to the pursuit of new cumin knowledge. And so we’ve chosen cumin as our ingredient for February.

Let’s get one thing straight. On this blog, we favor the UK pronunciation that sounds like kyoo-min. I know some of you like to say it koo-min, and that’s all well and good. But let our preference be known.

A cursory internet search will tell you that it is both VERY popular and VERY old. It’s been in use since at least the 2nd century BC, and you can even find mentions of cumin in the bible (both Old and New Testament). In your Googling, you may also see the claim that cumin is the second most popular spice in the world (second only to black pepper). That may be a bit of stretch, but it is certainly widely used. One fun fact is that cumin used to be kept on the table at mealtimes in ancient Greece where it was used in a very similar manner to our modern use of black pepper, and the practice is apparently still common in Morocco. Thank you Wikipedia! 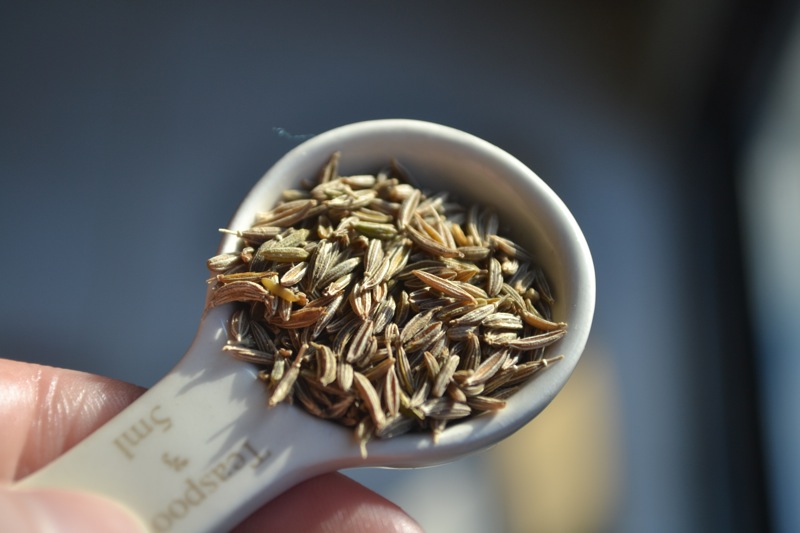 It’s hard to think about cumin without thinking of curry or chili powder, and there’s a reason for that! Cumin is a main ingredient in many chili powders and curry powders, both of which are mixes of several different spices. Chili powders often contain a mix of cumin, salt, garlic, oregano, and the trademark taste of many Indian food dishes include the mixture of cumin, curry, and coriander.

It turns out cumin is the perfect choice for the month of Valentine’s Day, too! Apparently cumin was recognized as a symbol of love and fidelity in the Middle Ages, and people would carry cumin in their pockets to wedding ceremonies. In some middle Eastern cultures, a mixture of cumin, honey, and pepper is considered an aphrodisiac. Try that for your Valentine’s Day date!

Now down to business. What cumin recipes are we planning to make this month? I must admit that we’re still somewhat undecided. We’re hoping to experiment with some middle eastern flavors and make spiced kebabs. If you have recipe recommendations, send them our way or we might just revisit the Cucina Fresca steak kebabs we made this time last year. YUM. 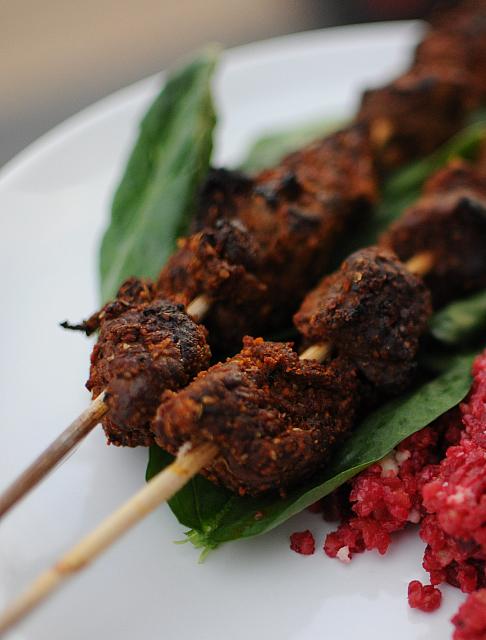 One friend recently challenged us to create a simple, hearty and healthy one pot meal, and we may try to find a cumin-inspired recipe to fit the bill. Beyond that we’ll try to expand our repertoire and maybe cart out some of our stand-by cumin favorites. Brussels sprouts anyone? 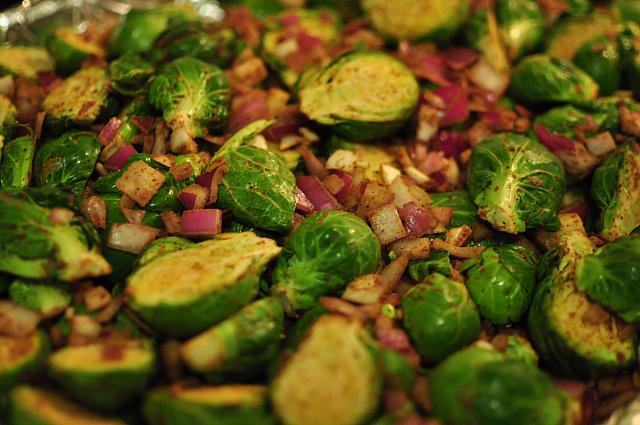 What are your suggestions??