So we wanted to make something with eggplant for June. And we wanted them to involve maybe a fig, or a date, and some cheese, and maybe balsamic reduction, and maybe be hot but maybe be cold. We came up with the idea to make eggplant pinwheels, which are basically figs or dates wrapped in eggplant and stuck in the oven for a bit and then covered with cheese and reducation.

We wanted it to be delicious. It ended up not working out on round 1.

So I start off with my kitchen research, as one normally does. Corelyn and I discuss it, and we come up with a recipe. Here is the perfect example of when execution just doesn’t match up with the paper. 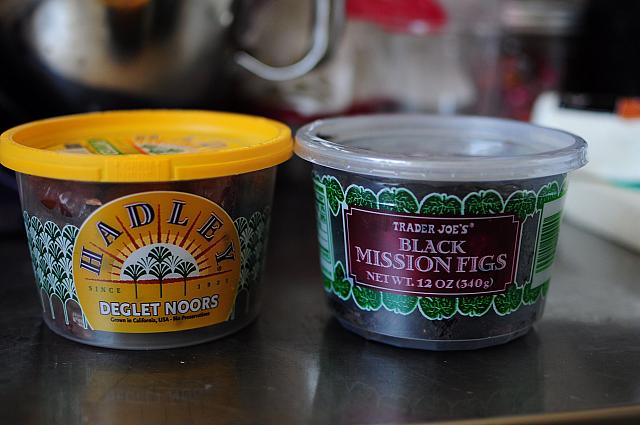 I buy figs. I buy dates. 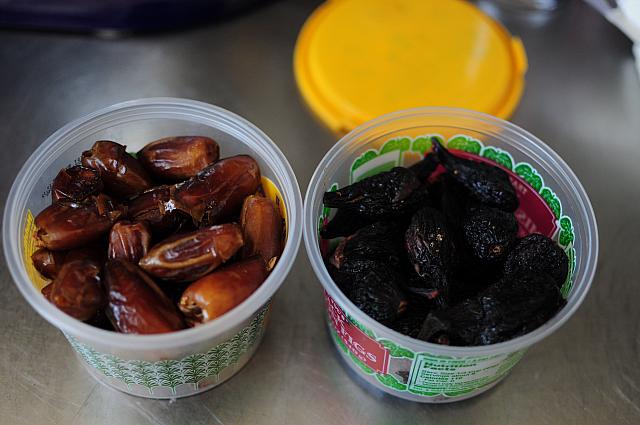 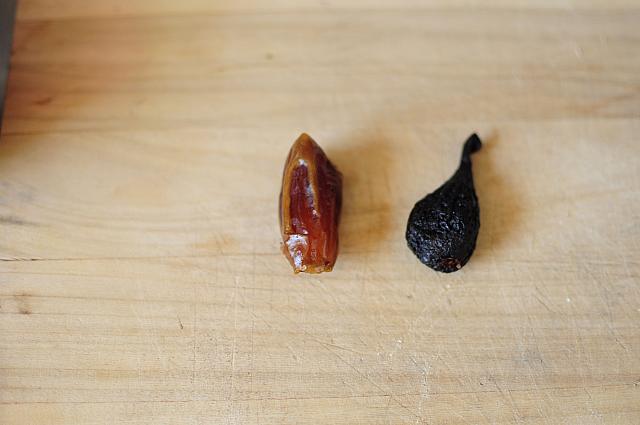 The left is a date. The right is a fig. 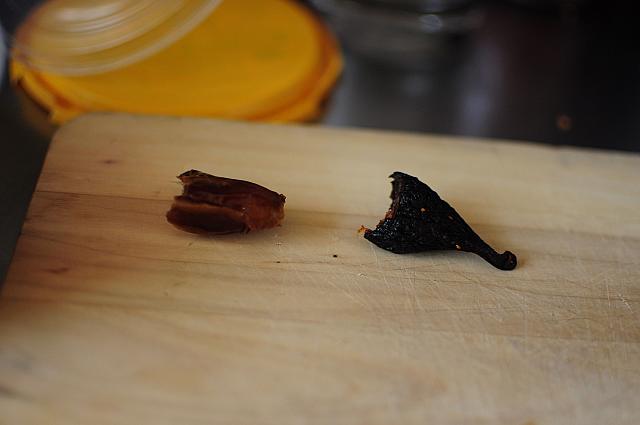 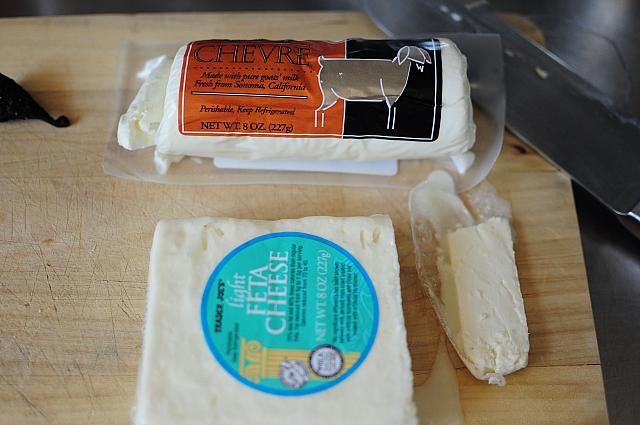 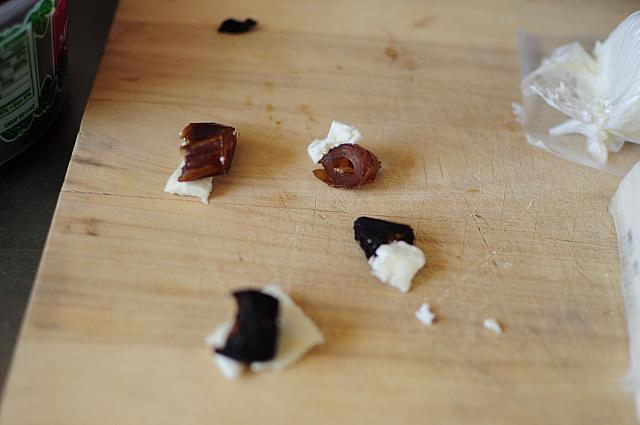 I tried out all the combos. 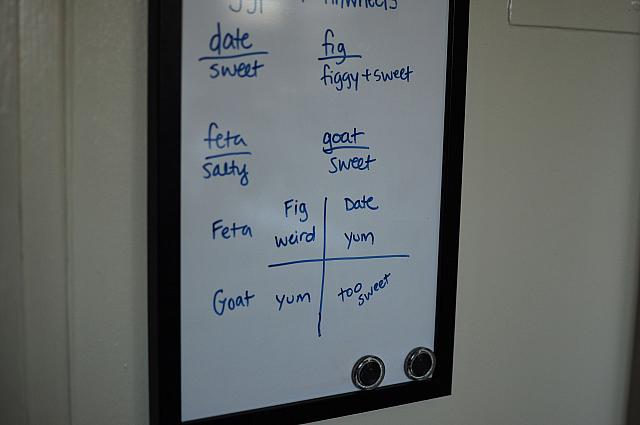 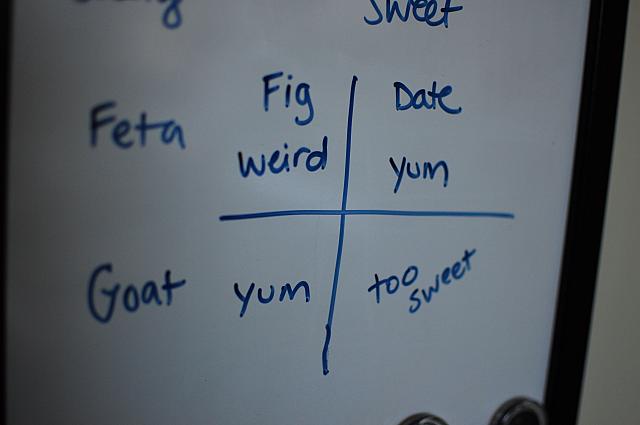 I recorded my research. 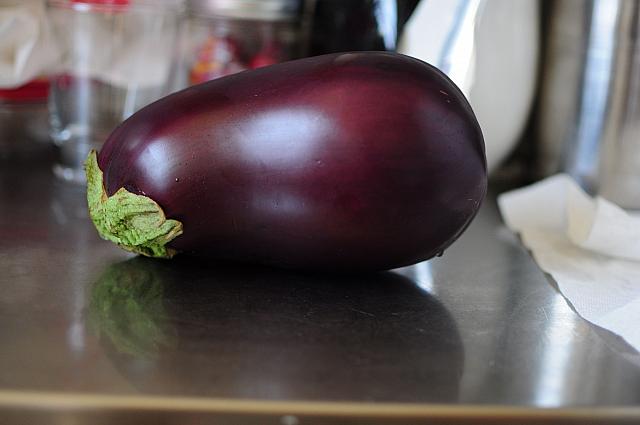 I took my eggplant. 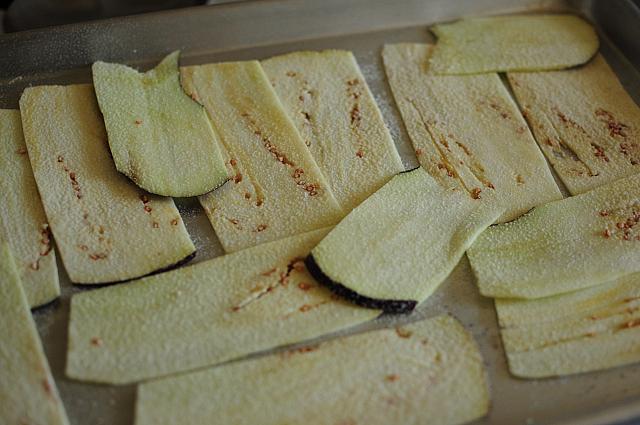 I used our new mandoline to slice up my eggplant. It was so beautiful! Now, here is where things got ugly. I messed up, friends. The oven was too hot! I forgot to spray both sides of the eggplant! I burned them…to the pan. And I didn’t have more to work with, so I went with dates and feta cheese as the appetizer (I was making it all for a party!) and luckily had decided to make a recipe out of the newest addition to our kitchen. 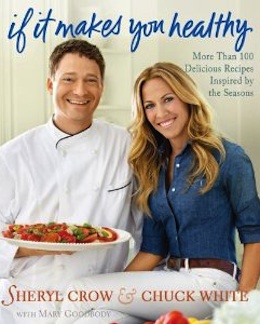 Sheryl, you are a delight. And Chuck, a genius. 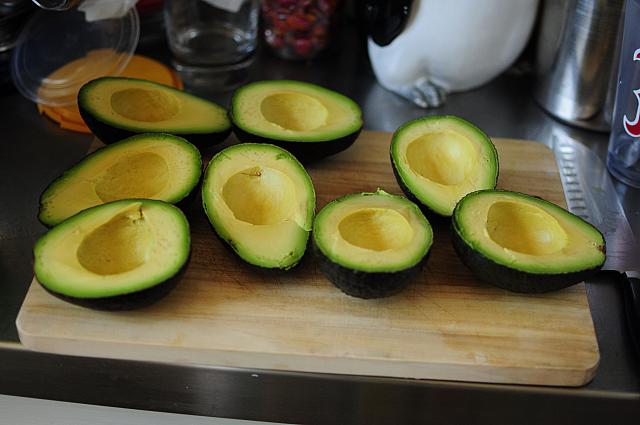 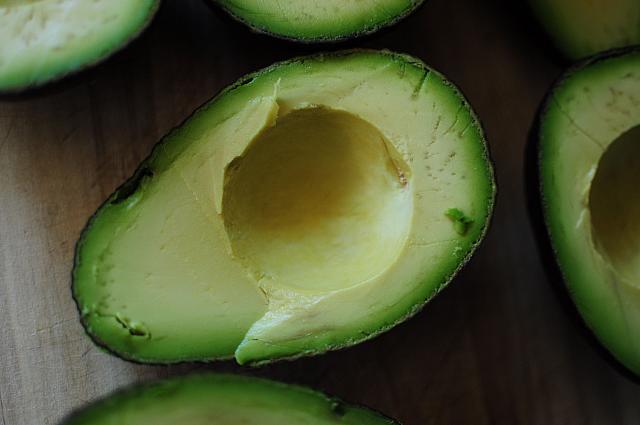 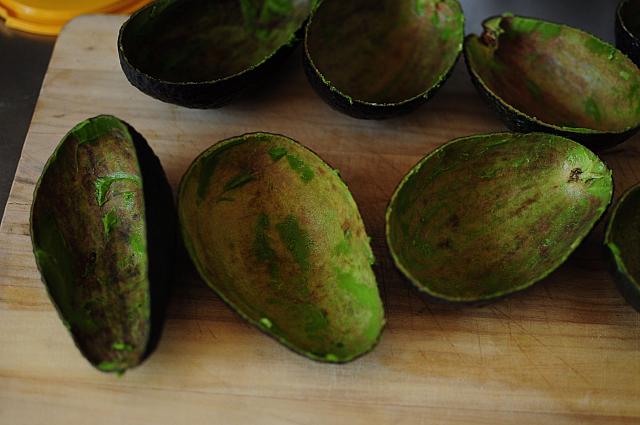 Scoop out your avocados.  Save the shells. 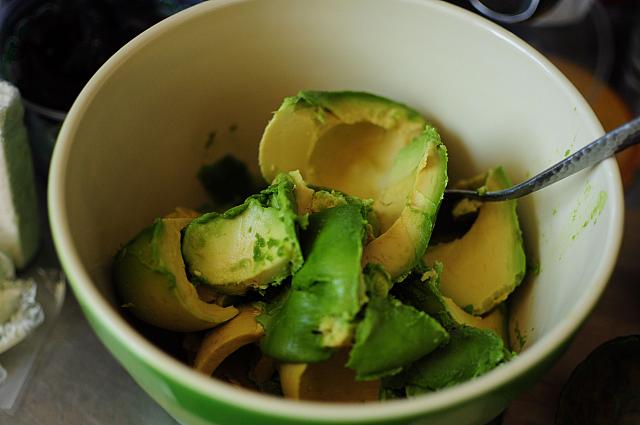 Smash up up in a bowl. Add some spices (cumin, salt, and garlic powder) and lime juice.

You know, to taste. 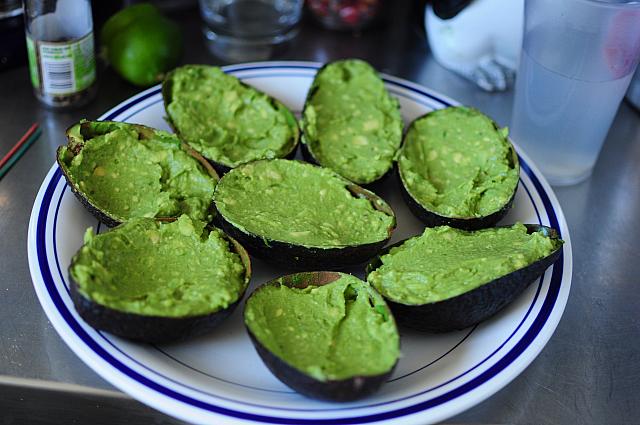 Put them back into the avocados! 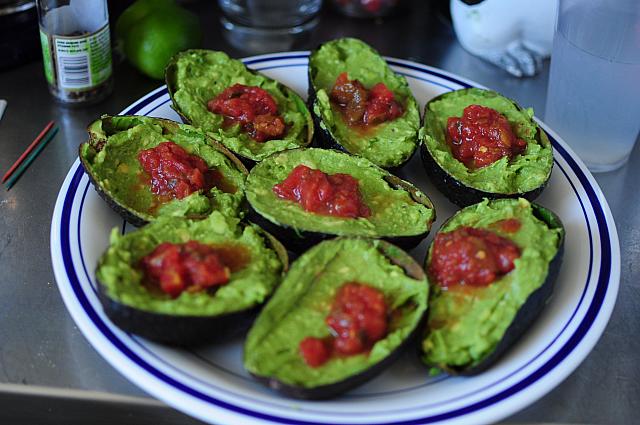 Put a dollop of salsa on each. Eat with chips. Bring over to a friend’s house and apologize for burning the eggplant they didn’t even know about. They’ll look at you like you’re crazy. It’ll be fun.