January’s main dish was baked mustard lemon fish. For the fish, we headed to the farmer’s market in search of something white. We saw red snapper, and decided that we would come back through, and if the red snapper was there, that’s what we’d take. When we came back, there was only one left. It was our fish. 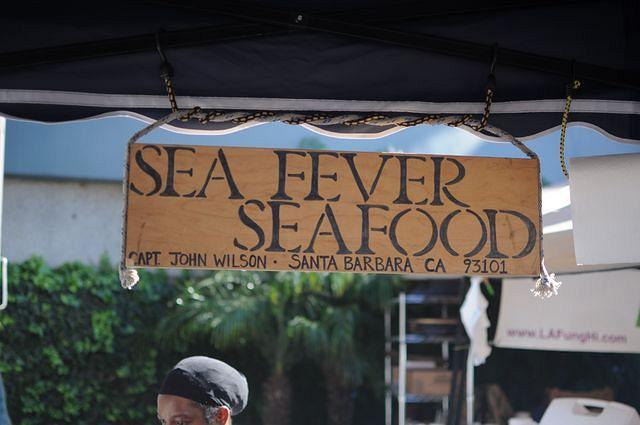 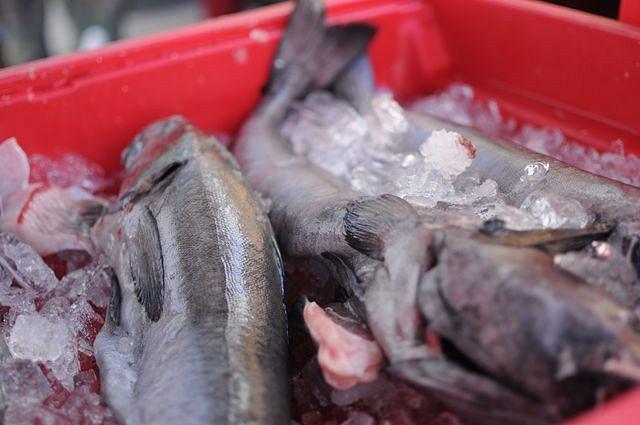 These were some black cod that were next to our red snapper. 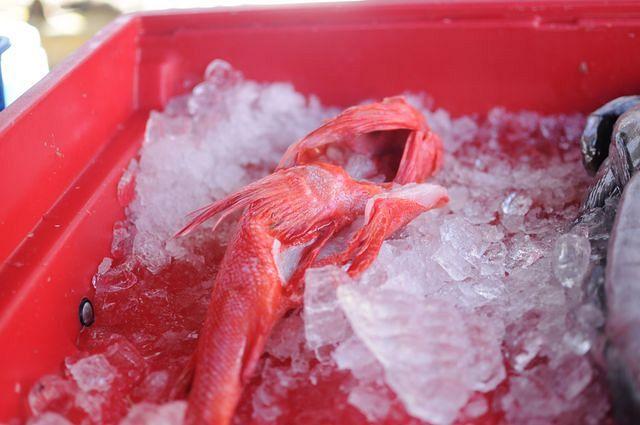 This is our guy. When I asked the man, Captain Wilson, if he could fillet the fish for us, he said, “Well, it wouldn’t do the fish justice if I filleted it” and went on to explain why the fish was better cooked whole. He then asked us if we wanted him to cut the head off.

“Yes, please! Wait, no, don’t. No. Well, we have this blog…” the moment was significantly more awkward as I continued to snap photographs and Capt. Wilson’s coworker ducked out of the frame… 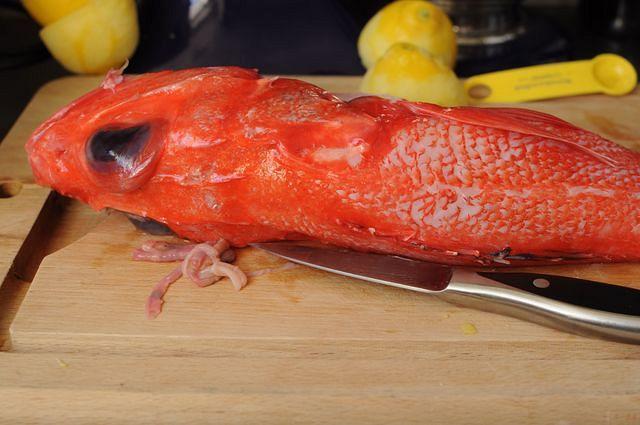 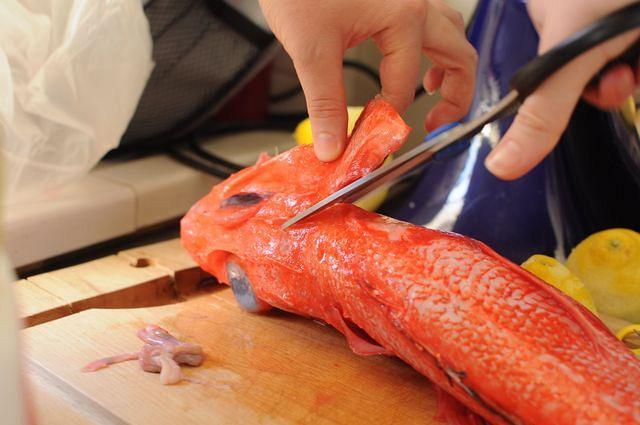 Here is Corelyn cutting its head off. After the first, “crunnncch” I said, “I wish that everyone at home could hear that sound.” And then, I remembered that the camera takes video.

Corelyn beheading the red snapper. from Jennie Palluzzi on Vimeo.

Here is the fish’s head, all detached and ready to be…well, discarded. 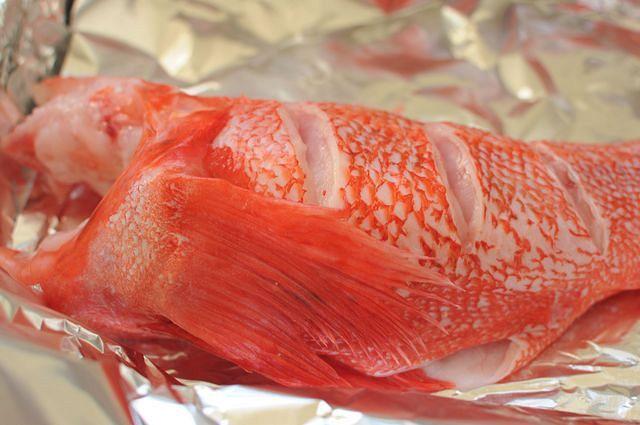 This is the fish, scored and ready to be put in the oven. After much deliberation, we decided that we should put the fish in a casserole dish in a tinfoil pocket, to cook it but contain the juices. 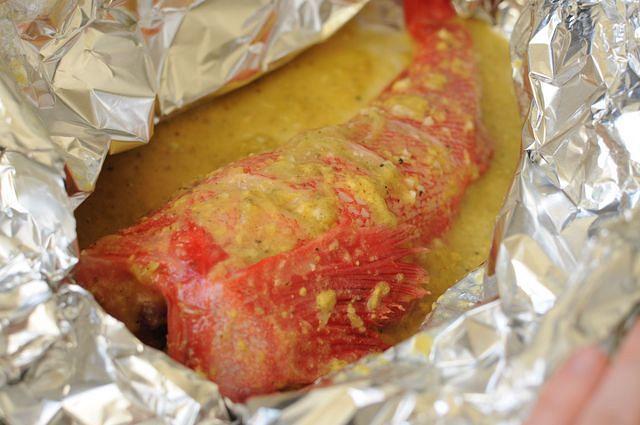 Then we put the fish in the oven for about 20 minutes. When it was done, it didn’t necessarily look pretty… 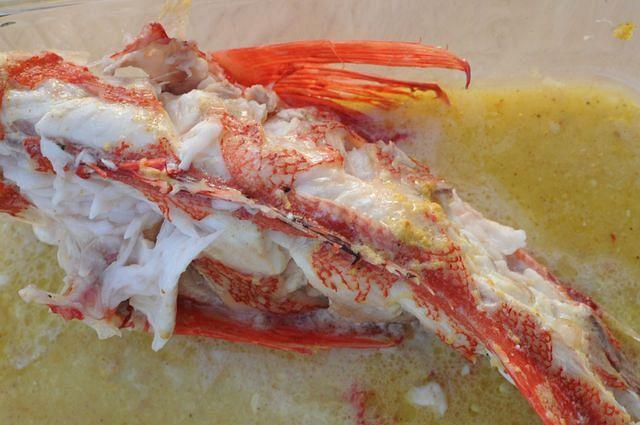 Overall, the fish was good, the sauce on the fish was amazing, but we decided that we’re just not red snapper gals. The fish had a lot of bones, and it was hard to eat (especially after we were so hungry!) and the fish didn’t really end up having much once it was cooked. Also, the red snapper was pretty mushy, as far as fish goes.

We decided that white fish in fillet form would be better for this flavor, and it was a quick recipe to put together, so it’s definitely one to add to our wheelhouse. 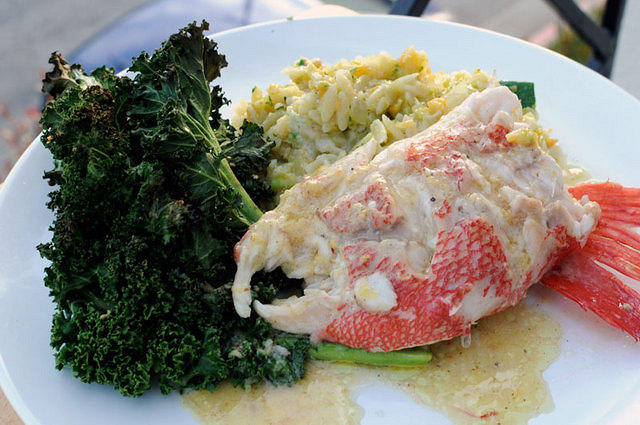