And the crisis is over.

“After 1/3 to 1/3 cup of oil has been incorporated, the sauce will thicken into a very heavy cream and the crisis is over. The beating arm may rest a moment.” 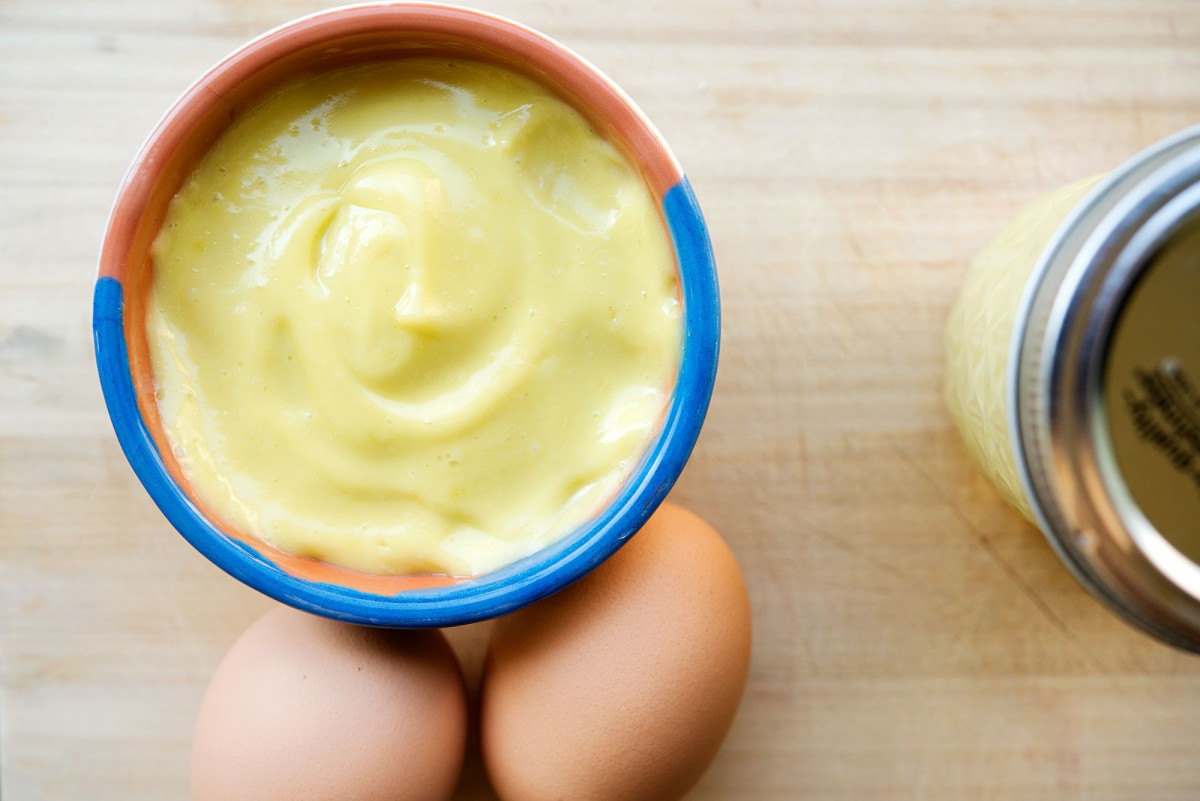 These are actual directions from the mayonnaise recipe from Julia Child, Louisette Bertholle, and Simone Beck’s first book, “Mastering the Art of French Cooking.” These very directions are what make me love Julia Child. Today is her birthday, and in honor of her, we wanted to make something from her first cookbook.

We settled on mayonnaise because in her book, “My Life in France” she talks about developing the recipe a few times, and it really stuck out to me how she took something that seems overwhelming hard but is actually quite simple, and she explains it in GREAT detail that is all necessary but shows you the way to a mayo so delicious that you will never want to make store bought again! 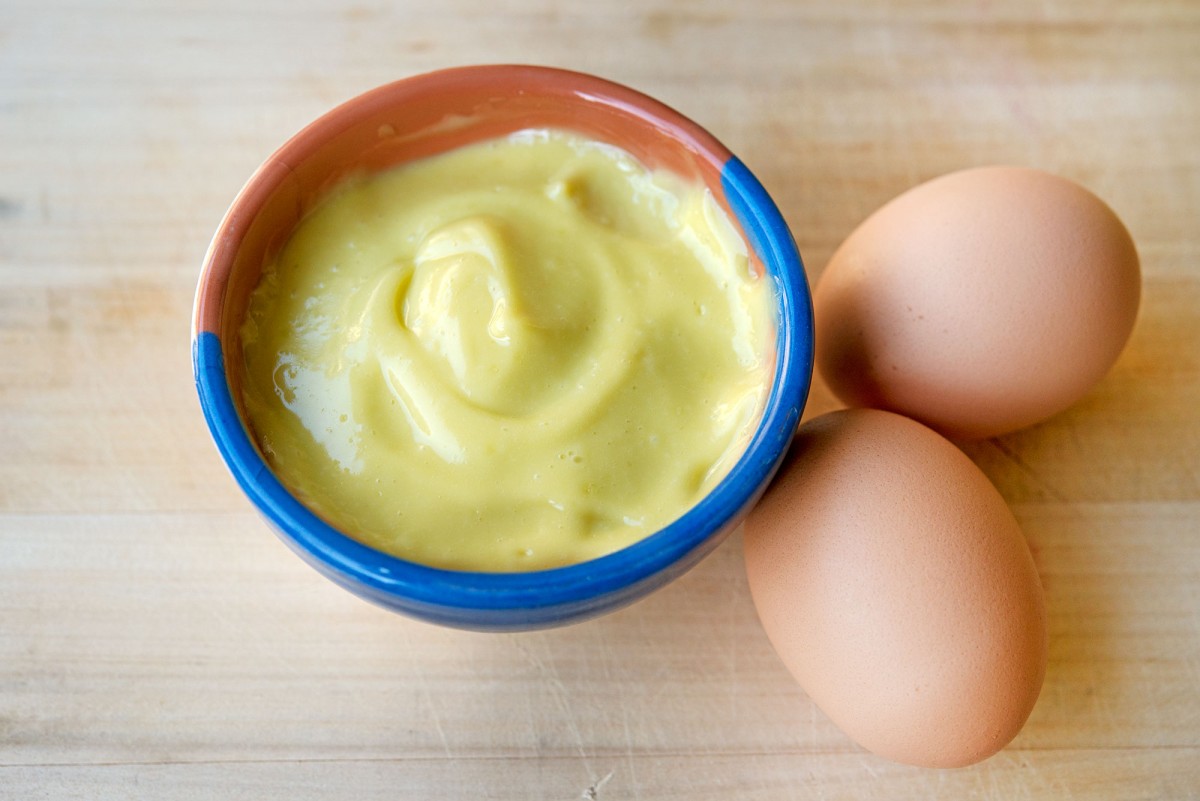 Now, we’d be remiss if we told you that this went great the first time we tried it. I followed all of Julia’s instructions, the first being to read through the entire recipe before starting. Corelyn and I attempted to use the mixer, because Julia said we could, and it turned out to be a disaster. There was simply not enough egg yolk in the bowl to mix! If we were making a large quantity I could see doing it in the mixer, but we had more success by hand. Just a note – ours is a little green because we used olive oil, but you can use another type of oil to achieve a whiter finish.

Now, I encourage you to find someone with the book, or borrow it from the library (that’s what we did – I can’t believe we don’t own it!) and read it word for word how Julia wrote it. But here’s the recipe on the Internet, too.

Here’s to Julia Child, to the joy of cooking (French or not), and to enjoying sharing the love of cooking across the world far and wide! 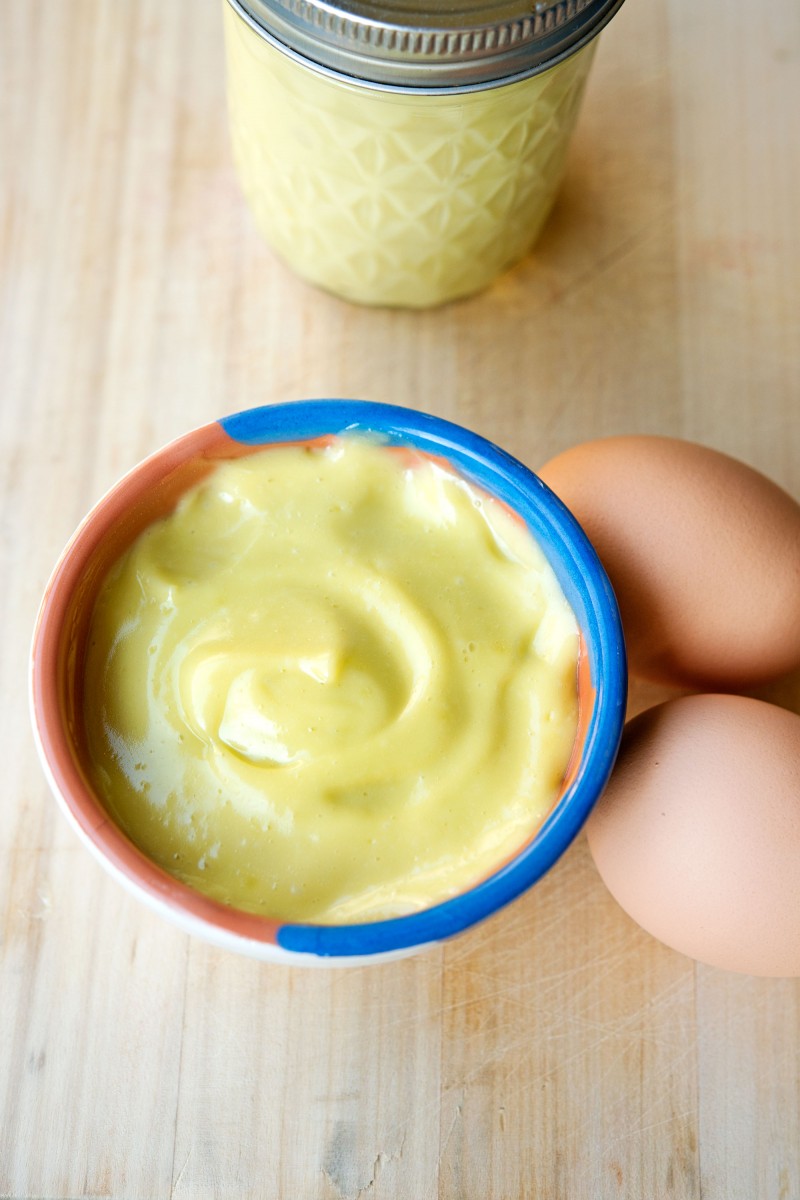