Our dear friend Ana became a US citizen last week at about this time, and we couldn’t have been more excited! Ana is from Colombia, and we met her in LA by way of friends from college (the fact that Ana and I attended college together but missed the opportunity to hang out is so tragic!)

In order to properly celebrate, we had a party, and Corelyn and I made her a coconut cake (something she loves) with a big old Colombian-American Flag on it. We are so excited that Ana became a citizen, and that we got to share the memory with her! She loves our President (as I do) and when he was giving his inaguration speech, he said something that immediately reminded me of Ana:

But the words I spoke today are not so different from the oath that is taken each time a soldier signs up for duty or an immigrant realizes her dream.

We are glad we got to be here for you to realize your dream, Ana (and we’re pretty sure the president was specifically talking about you!) 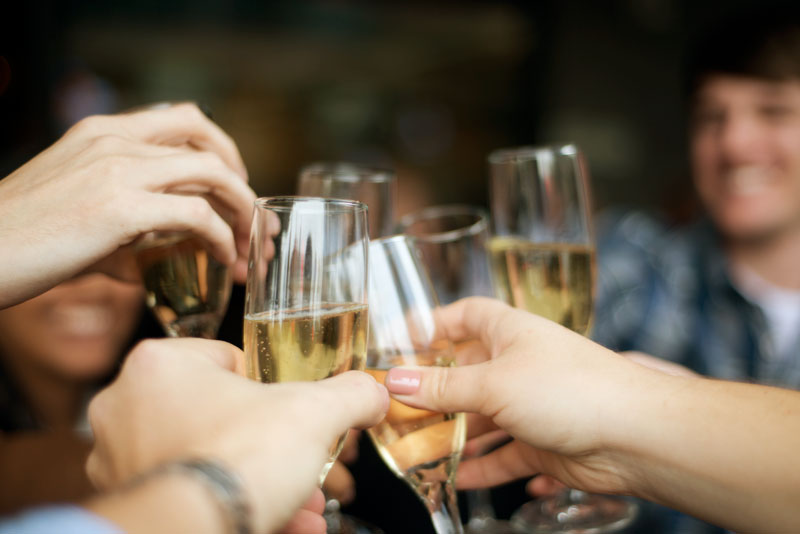 On Ana’s actual day of citizenship, we met downtown at the Convention Center to watch her say her oath and get a celebratory lunch – champagne was in hand! 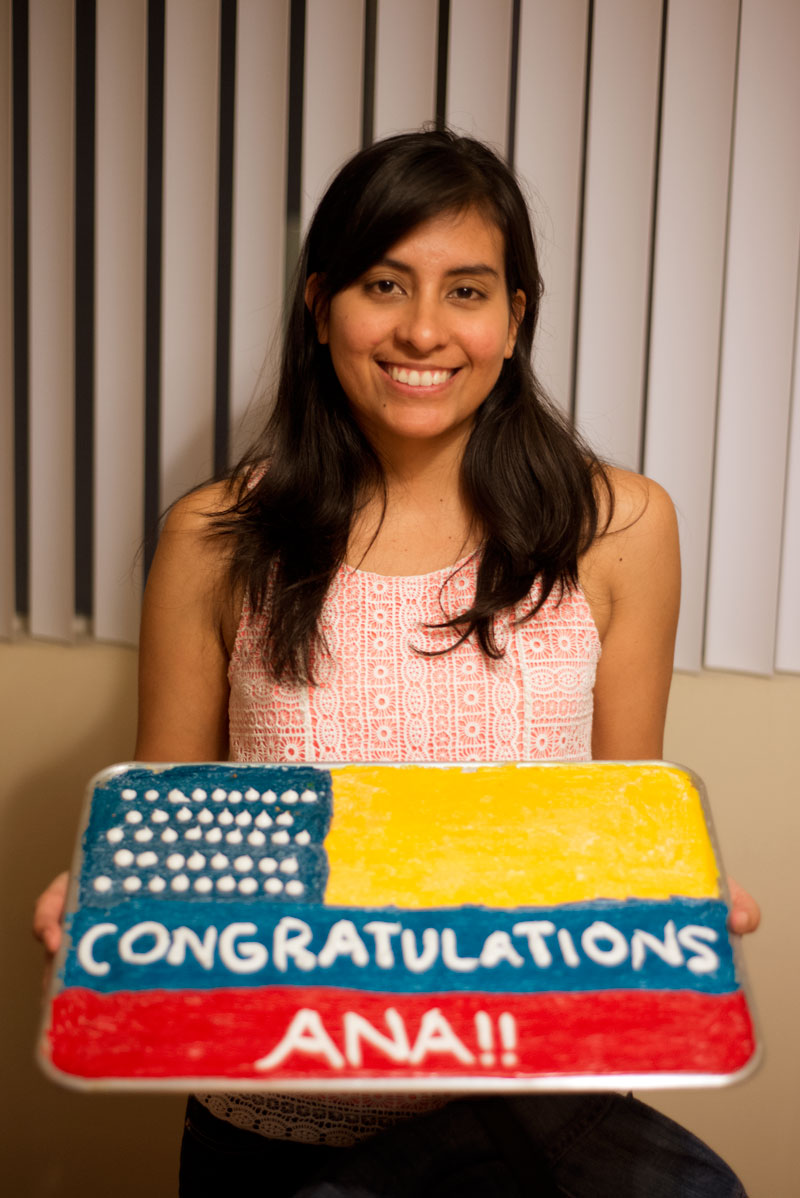 On Saturday, we celebrated with cake and friends near and dear to us! Here is Ana’s Colombian-American Flag Cake! (We used the recipe for coconut cake from the Joy of Cooking.) 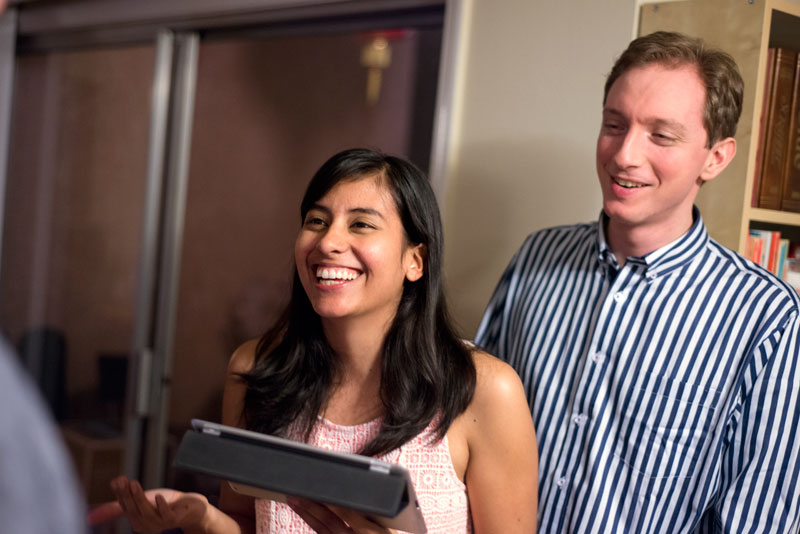 At the party, Ana quizzed people on the citizenship test questions – some of them were pretty hard! 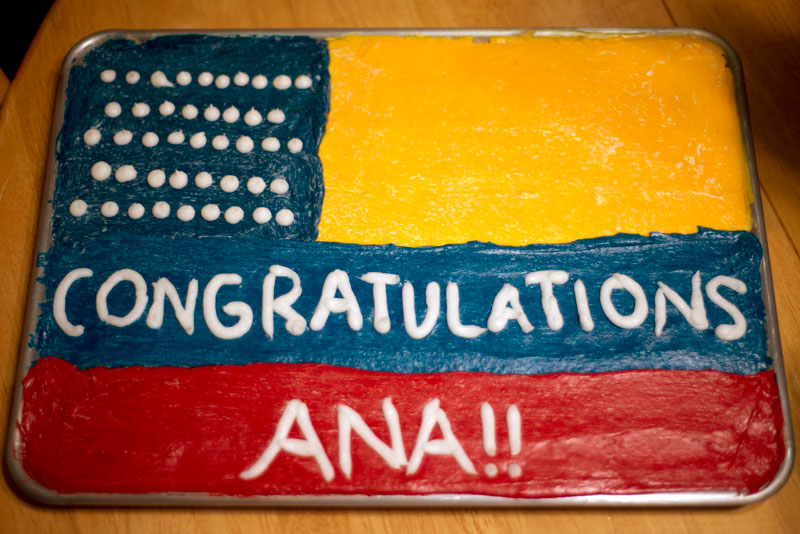 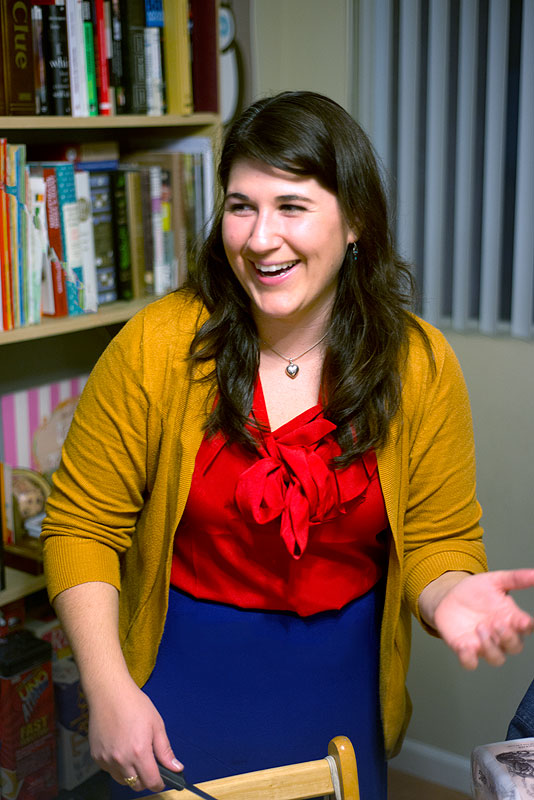 And of course, I dressed in Colombian colors for the occasion (Corelyn’s idea!) Thanks to Jeff for the photos, and thanks to Ana for becoming a citizen – we’re so excited you can vote!!