Posted on December 24 2012 by sorellacaienna

A couple of weeks ago, Ky and I decided to try out a chicken and dumplings recipe.

We took to the internet to come up with at least a method, and we settled on this:

We also decided that the more vegetables the better, so we added red pepper, corn, and kale in additional to the vegetables that the recipe actually called for. 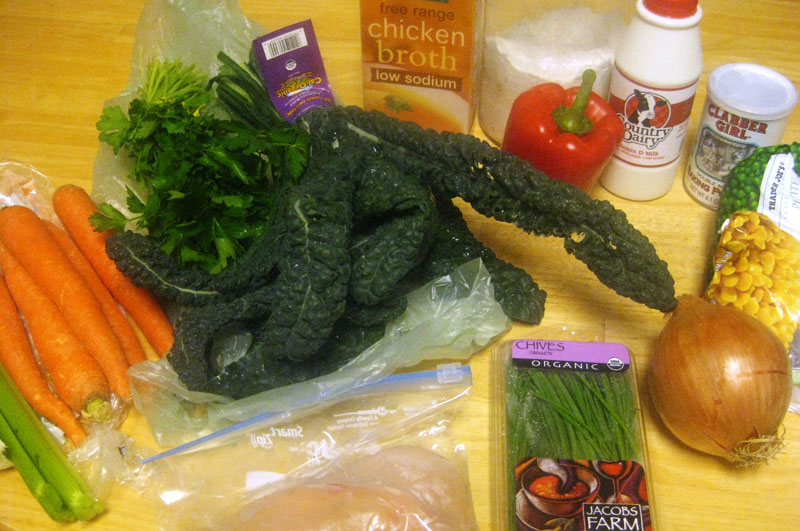 You start by browning a couple of chicken breasts (or thighs, or whatever you happen to have hanging around), and then finishing them off by poaching them in boiling water. 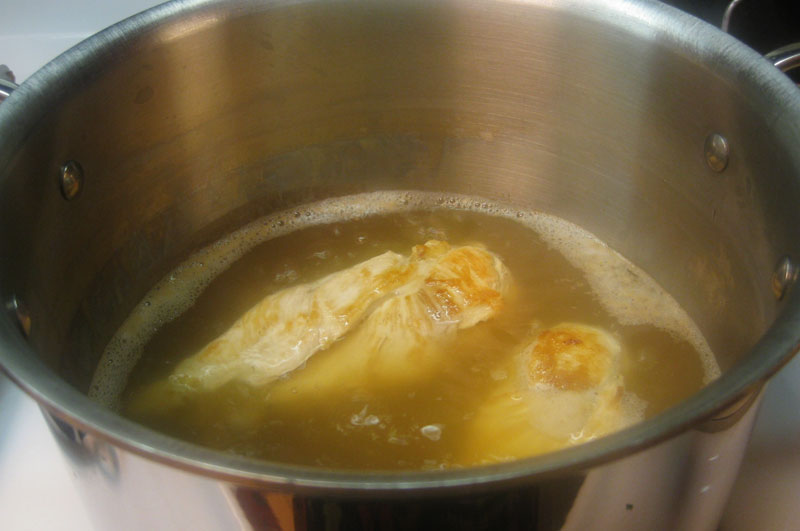 Generally I hate poaching anything, but it was a decidedly good move in this scenario.

Next up, we loaded the chopped vegetables (minus the corn, peas, and kale) into an oiled pot, and sauteed them up. 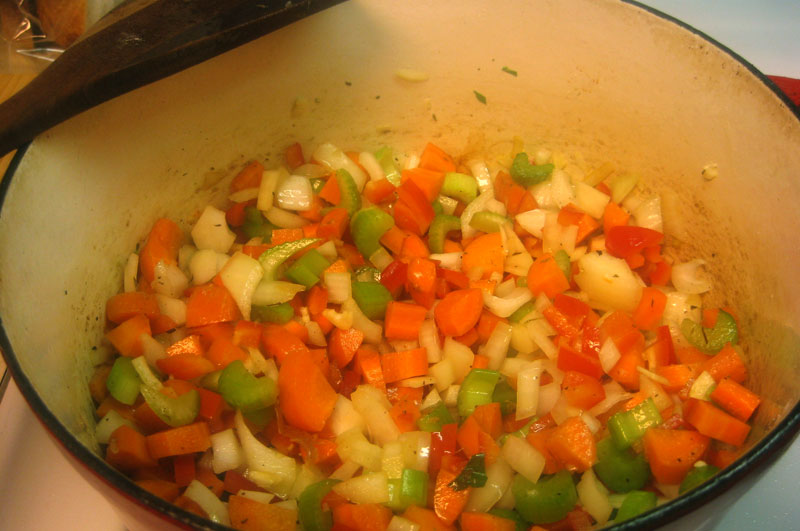 Once that’s done, add some flour to the vegetables, stir to coat, and after a couple minutes, begin ladling chicken broth and then the chopped chicken (ah, yes, you should have chopped that chicken) to the pot full of vegetables.

Leave that alone for awhile, it’s time to make the dumplings.

As far as the dumplings, we followed the recipe exactly, using all-purpose flour, but if we did it again, I’d make the dumplings smaller and try the cake flour for a fluffier dumpling.

In other words, practice makes perfect, chickens. Don’t be blue if it’s not perfect the first time. 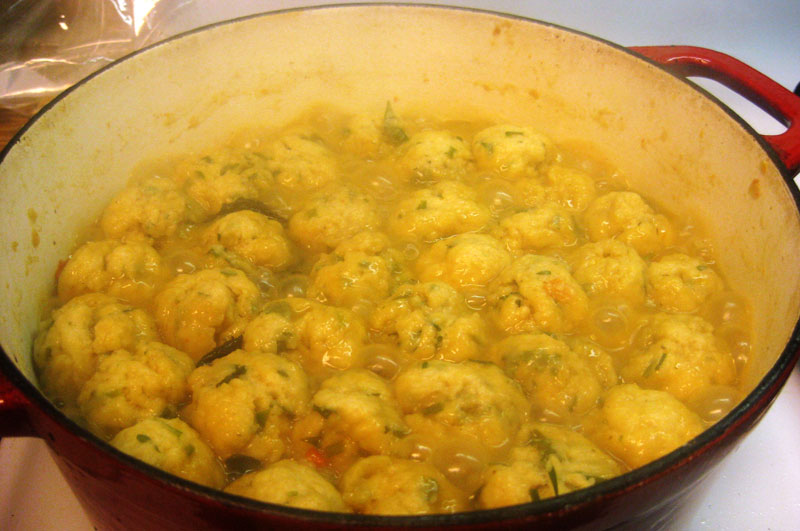 These were good and herby, but a little undercooked, and a little bigger than we bargained for- but still pretty delicious.

Quick note: We actually added the torn up kale, corn, and peas right before nestling the dumplings in the pot and covering them up for a quick nap. This is the way to do it, since you don’t want to overcook any of the vegetables that don’t take long to finish. 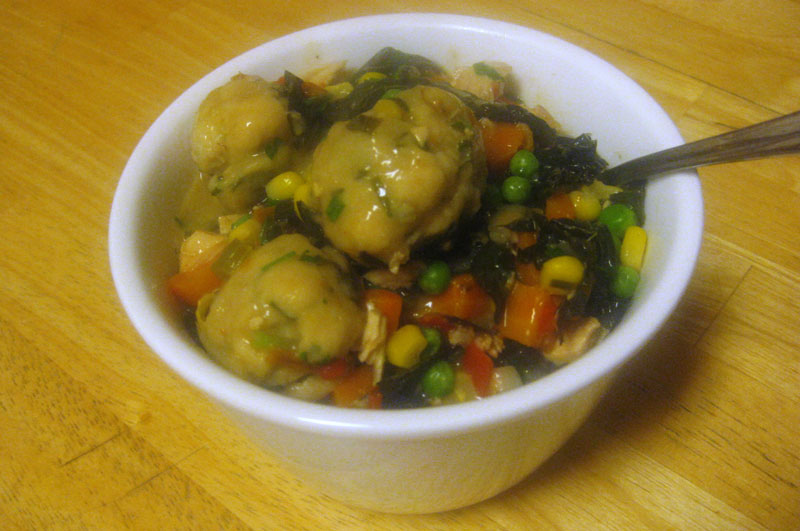 We liked our version of the chicken and dumplings because we used less meat and more vegetables. This lightened it up a bit, but still left it squarely in the “comfort food” category. A few more tries at the dumplings, and we think we’ve got something to put in the regular rotation.

Try it yourself this winter, and you’re guaranteed to warm up with a lovely, classic meal that won’t disappoint.