It’s May, which means it’s Celiac Awareness Month! So in addition to food awareness coming at you this month, it’s also a month to educate you specifically about Celiac. 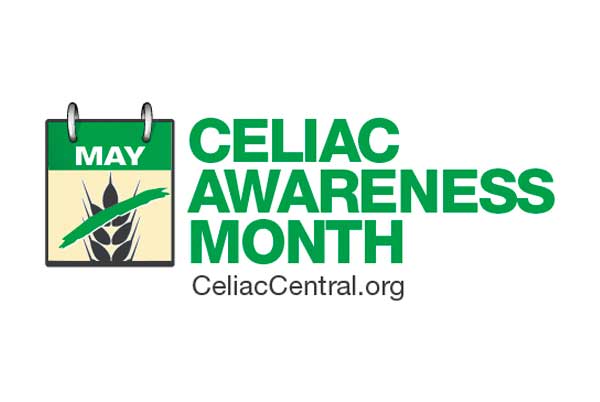 But what is celiac? It’s an autoimmune disease that is triggered by the consumption of gluten, causing the body to attack itself. For more information, check this out.

I happen to have several friends that have celiac, and several other friends that are gluten intolerant. As such, I tried to become a gluten-loving advocate for my gluten-free friends!

When I first started to understand the disease, I had to figure out a) what gluten was and b) where it was. Turns out, it’s mostly everywhere. Most people wouldn’t think to look at a list of ingredients on dried fruit, certain condiments, or mixed salad, but you’d be surprised where you can find gluten hiding!

So what to do? First off, get educated on what gluten is, where it is, and how to avoid it. This process can certainly be overwhelming, but there is help! The National Foundation of Celiac Awareness is a great resource for everyone – whether you’re the 1 in 133 Americans who has celiac, or the other 132 who are friends, family, or co-workers of someone with Celiac. Not to mention those who may not have Celiac, but are gluten-free for other dietary restrictions!

Tomorrow, NFCA is holding a live webinar about Celiac and gluten-related diseases at 11 am PDT. I plan on listening in, and hope you can join me.