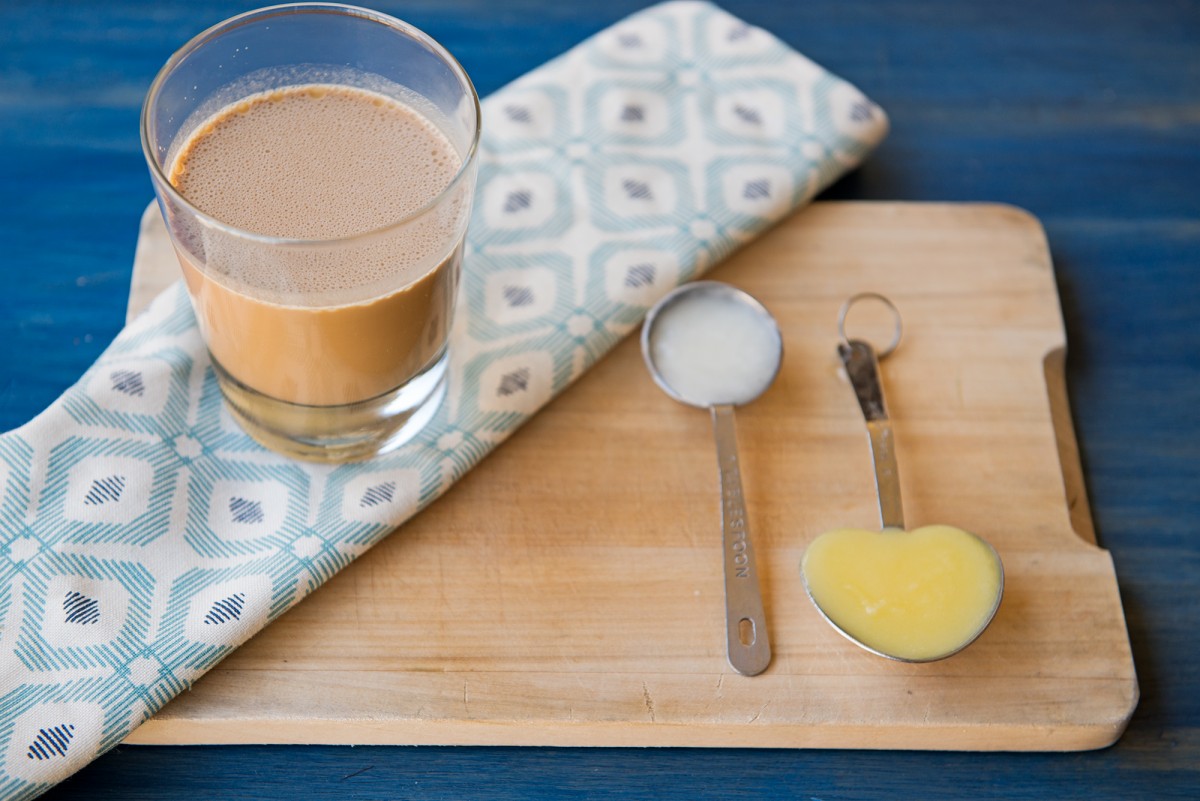 A couple of weeks ago, I saw the buzz on the Internet for putting butter in my coffee. I love butter, and I love coffee, and coconut oil is quickly moving up on the top ten list, and so I figured, why not?

So here’s what I did: I took a cup of coffee, a tablespoon of ghee, and a tablespoon of coconut oil. I stuck them in the blender. And then I drank the frothy drink, trying to forget what I was drinking and keep an open mind. 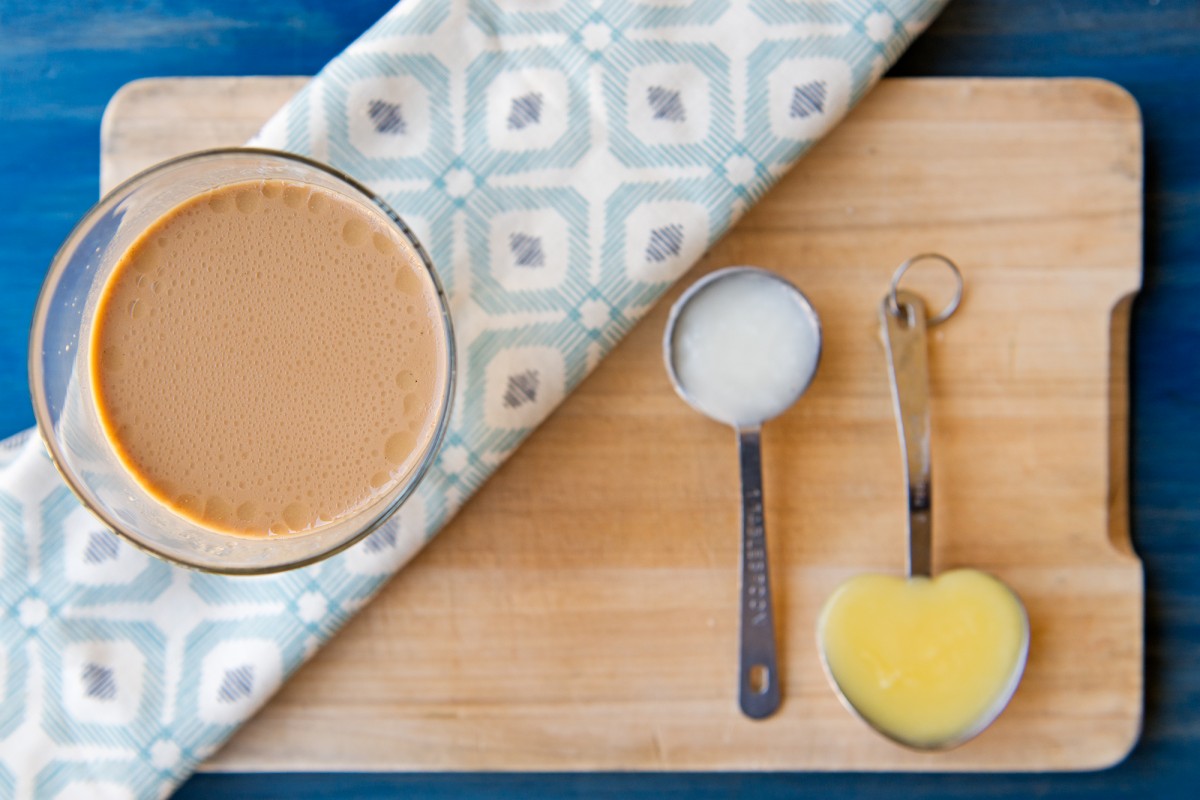 I am going to have to try this again, maybe with a weaker coffee (I used Toddy coffee and it was definitely strong on coffee, and had a very rich taste) but I think I liked it…it was so different than anything that I had that it took half the drink to get used to the idea. But the downside? It definitely cannot be a meal replacement. I had it for breakfast and was hungry two hours later (I normally go about four hours between meals at least.) 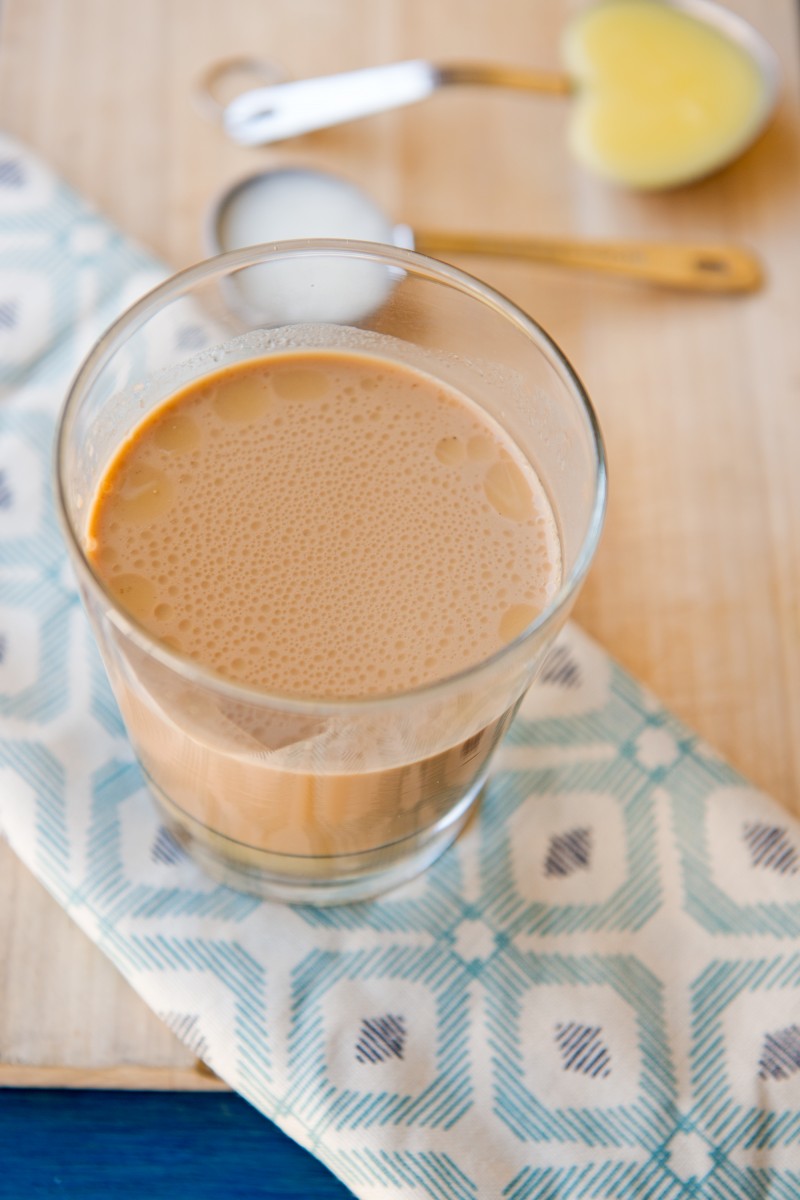 I think I might want to add just a hint of honey, too, to add some sweetness to it.

What do you guys think? Have you tried butter in your coffee? Do you like it? What’s your recipe?