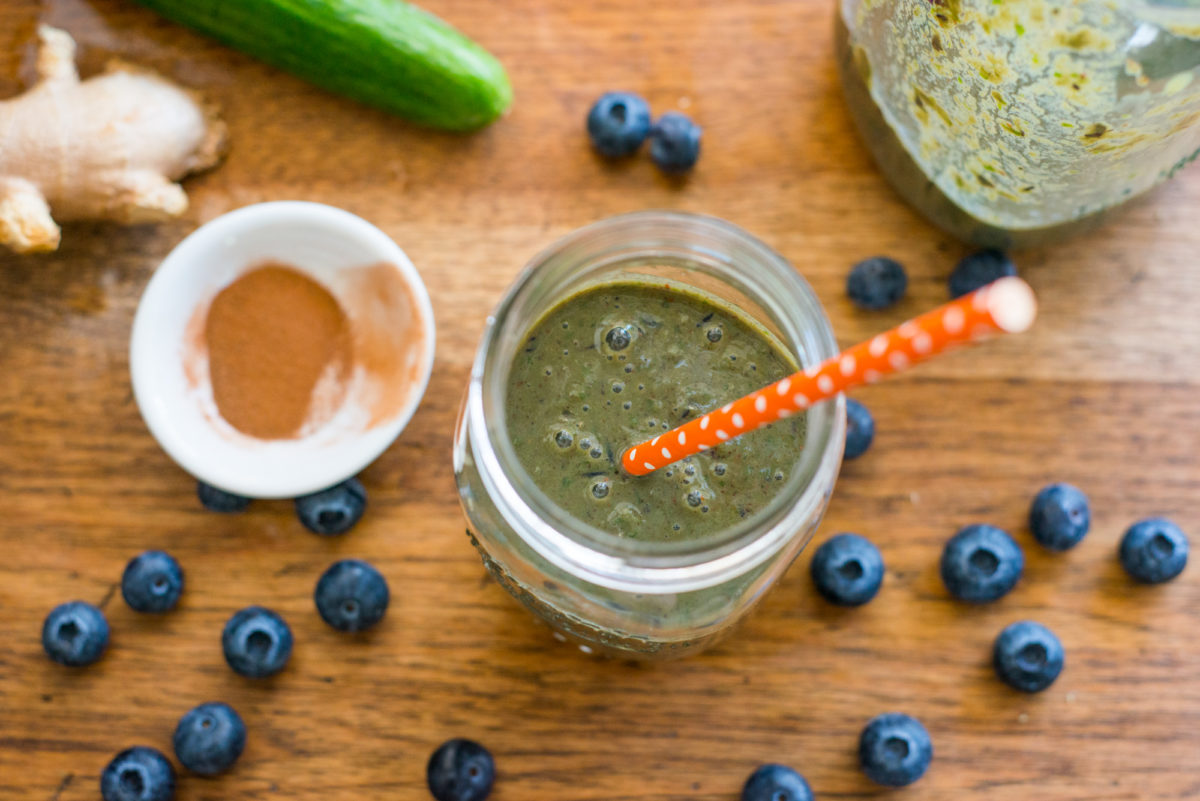 I haven’t made you guys a smoothie in a while, and I felt like maybe it was time, so here we go. Summer’s a great time for all.the.berries but sometimes I buy so many I don’t know what to do with them. A smoothie is a great way to drink ’em up, folks. I like this mixture for the balance of cucumber and blueberry – refreshing and summery, with the right amount of sweet and earthy. If you feel like it, you can even throw in an avocado. Or a handful of parsley. Or some cilantro if you’re into that (which I am not! Ugh, cilantro you’re just gross sorry.) 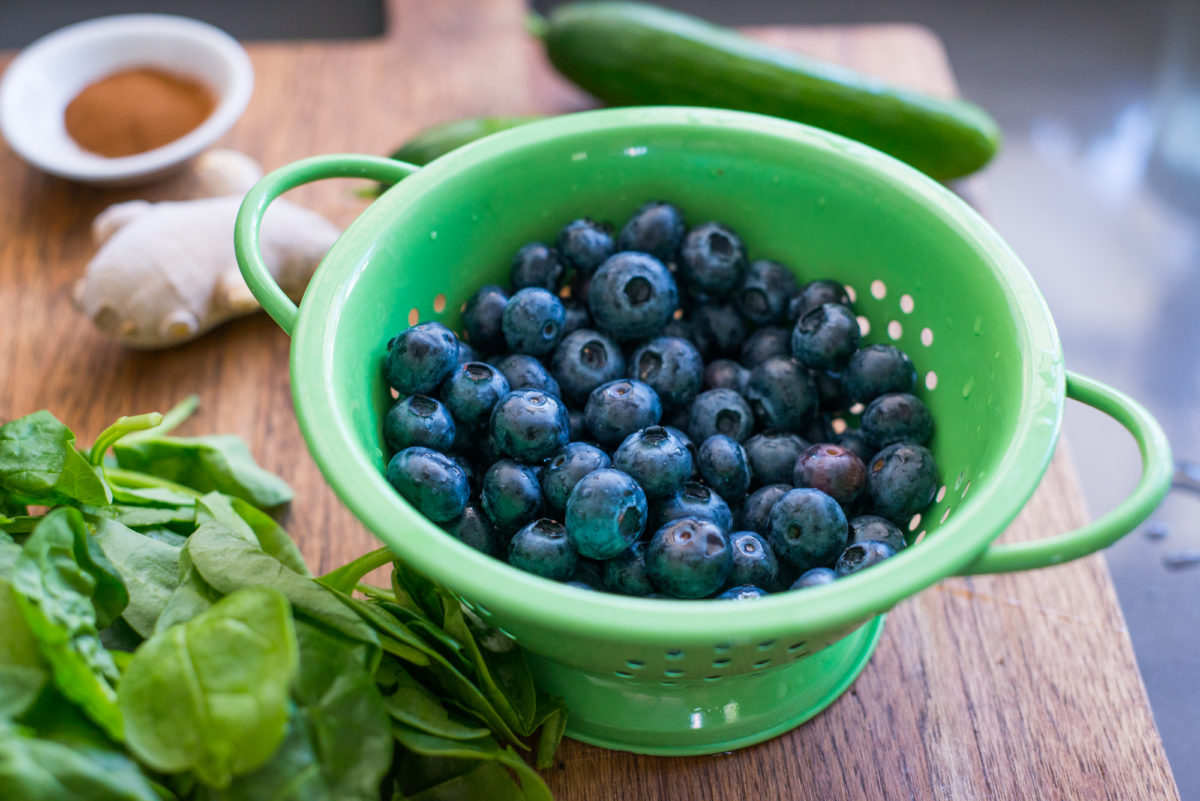 I don’t think I can ever eat too many blueberries. They’re just so good so many ways. I buy a huge container of them every week when they’re in season and pop ’em like their candy. I think I might even make a blueberry galette this weekend because I’m dying for bursting blueberries with a hearty crust. Anyways, I digress, back to this smoothie. 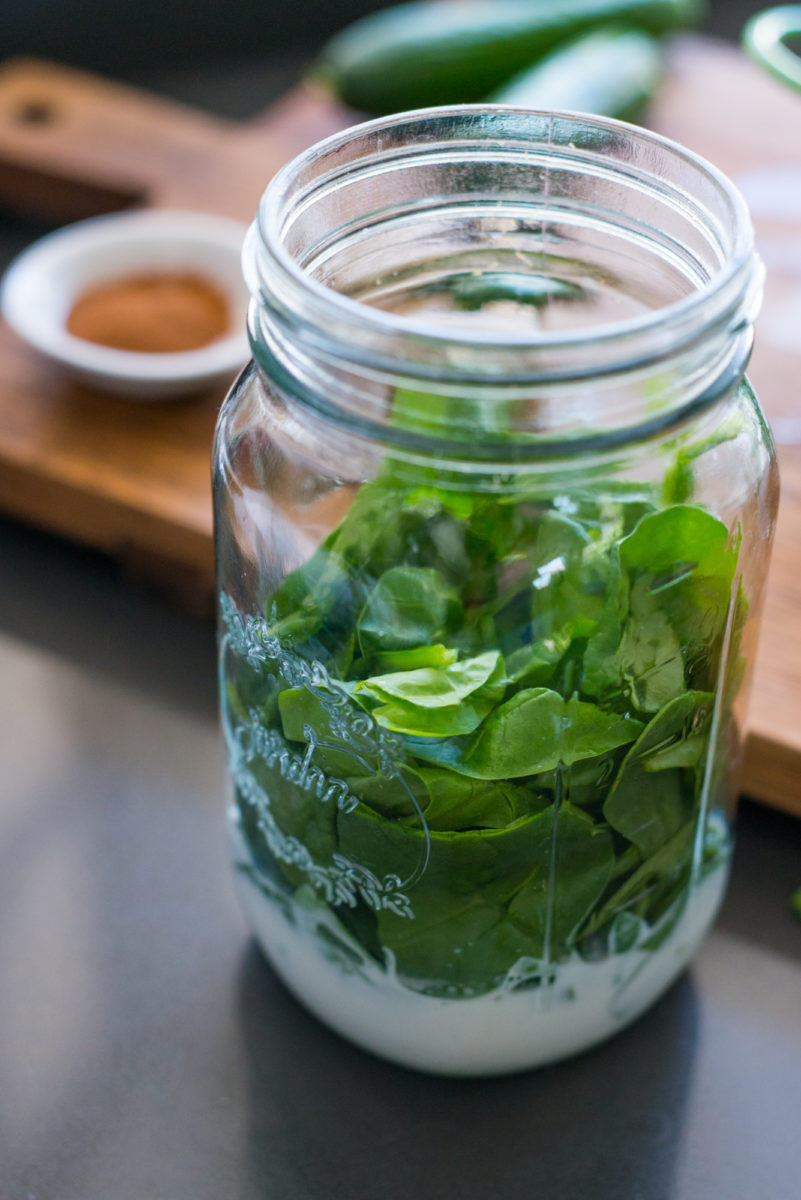 I make my smoothies with an immersion blender in a big ole jar, because I am lazy and hate taking out my blender. But do what you want. Use the blender, or your food processor, or shake it for an hour (JK don’t try that it won’t work. (I’ve tried it in vain)) 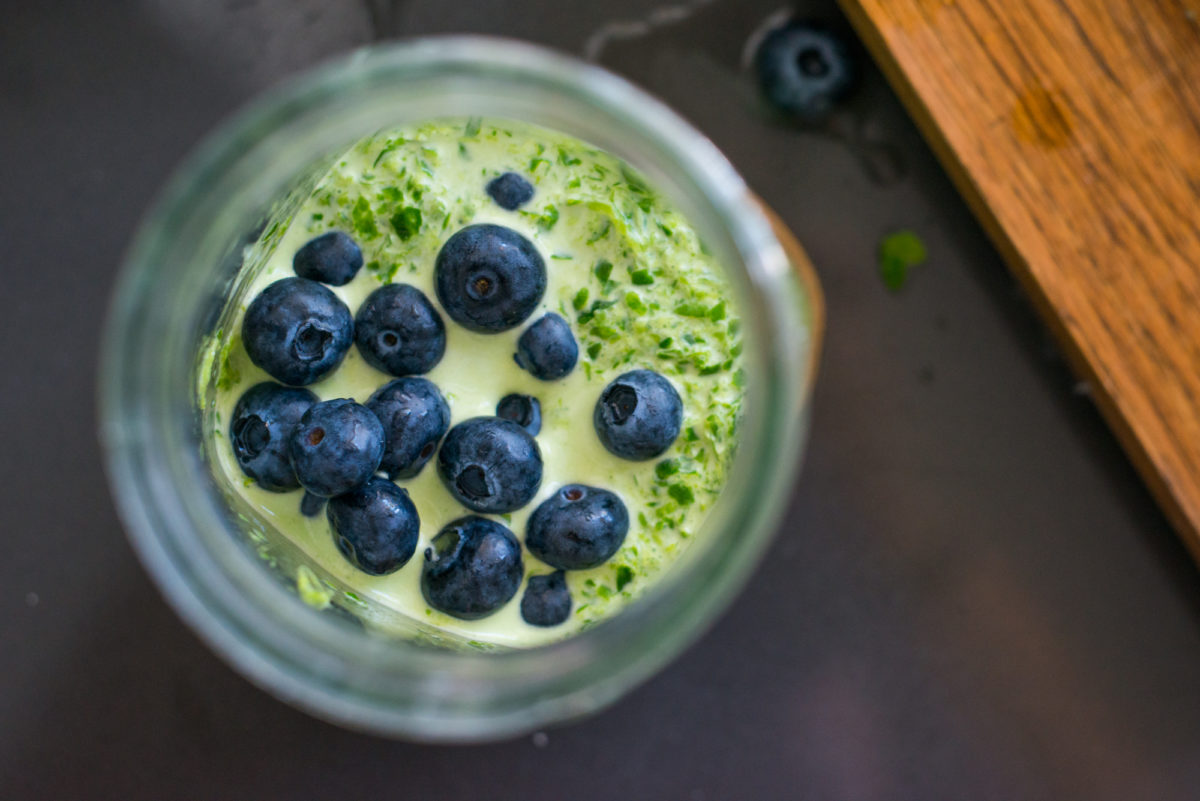 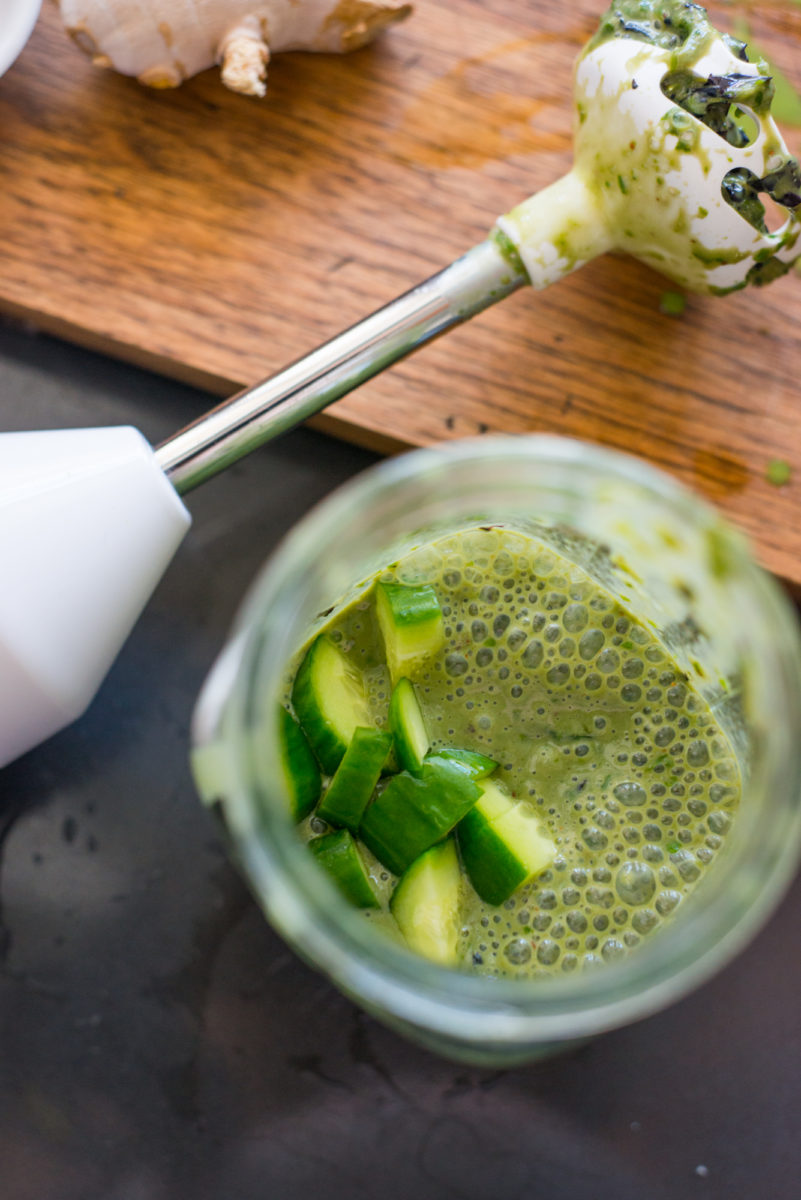 I used those tiny cucumbers that come from TJs, but feel free to use whatever ya got – just balance the cuke and the blueberries so you can taste both, with that dash of cinnamon. Also if you’ve got one, I’d recommend adding a lemon because let me tell you lemon juice does something magical to all smoothies.

Recipe below for guidance, but feel free to use this as a suggestion and create a great smoothie from what you’ve got lying around. Happy smoothie-ing, folks, and happy Friday! 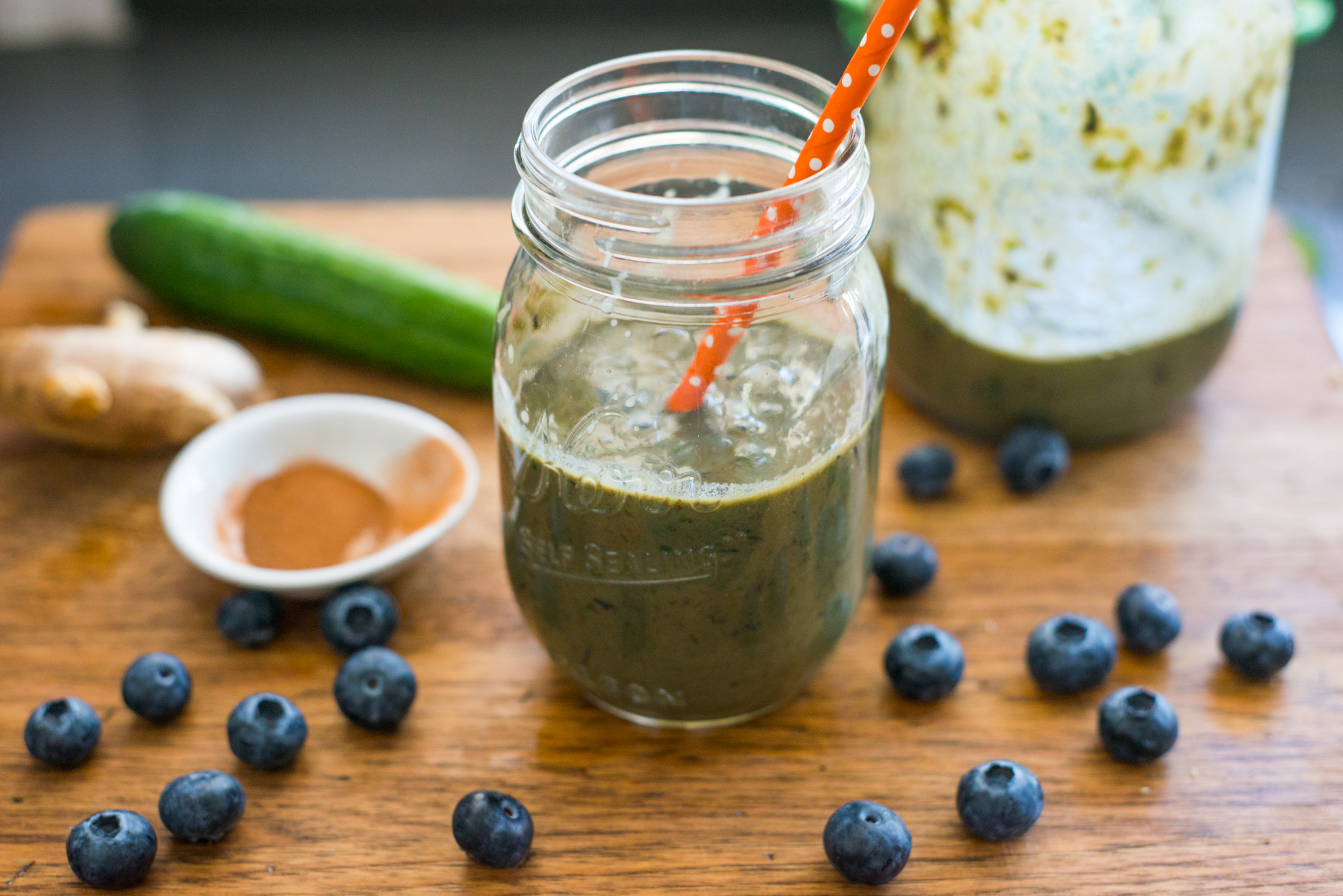