A lesson in Pioneer Woman and film sets.

A few weekends ago, Andrew and Jeff were shooting Andrew’s movie. In Corelyn’s apartment. Which obviously left us no choice but to hang out all day. So we did what any good wife/girlfriend would do: made mocha brownies (from our PW challenge) for the boys.

The boys, lately, have been disenchanted with PW after the “This doesn’t take like meatloaf I’m used to” debacle. So we wanted to redeem. (Which we did, last night, with mashed potatoes, steak sandwiches, and tomato soup, but that’s another post.)

There was only one problem. They were shooting. Downstairs. We made the joke that we’d merely “sit in the kitchen, then.” Boy, did we not realize how accurate that was going to be. Sunday morning found us sitting in the kitchen, barely moving, deciding what we could cook. Mocha brownies. We could do that.

Ohhhhhhhhhhhh but a mixer. Hmm. Now, most people would probably stopped here, said “Screw it!” and gone to the library or the coffee shop or on a walk. Not us, though. We plowed through. Just like the PW would do. 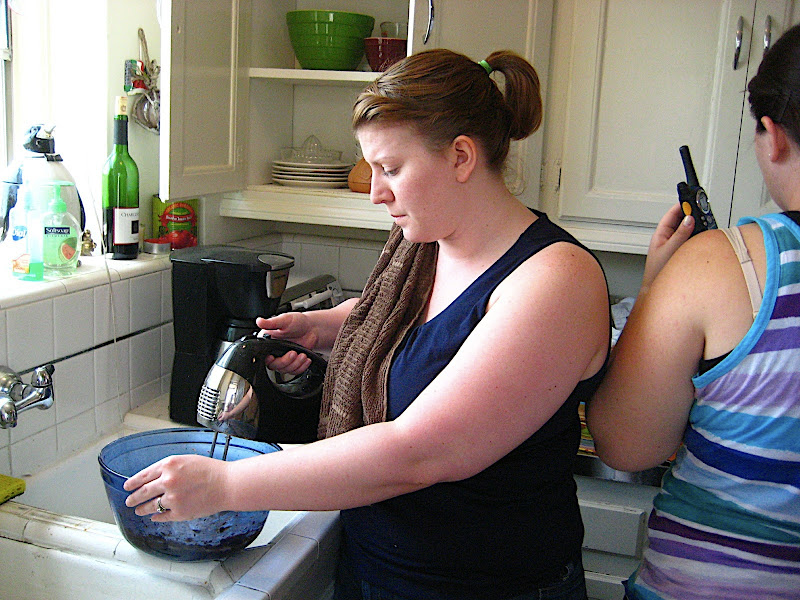 Luckily, we had a plan. Jeff had given us a walkie-talkie. So, clearly, we were just going to listen in, until they said “cut” and then we would use the mixed until they said “camera ready lights ready something else ready that Jennie can’t hear because she’s too busy telling corelyn to CUT THE MIXER.” 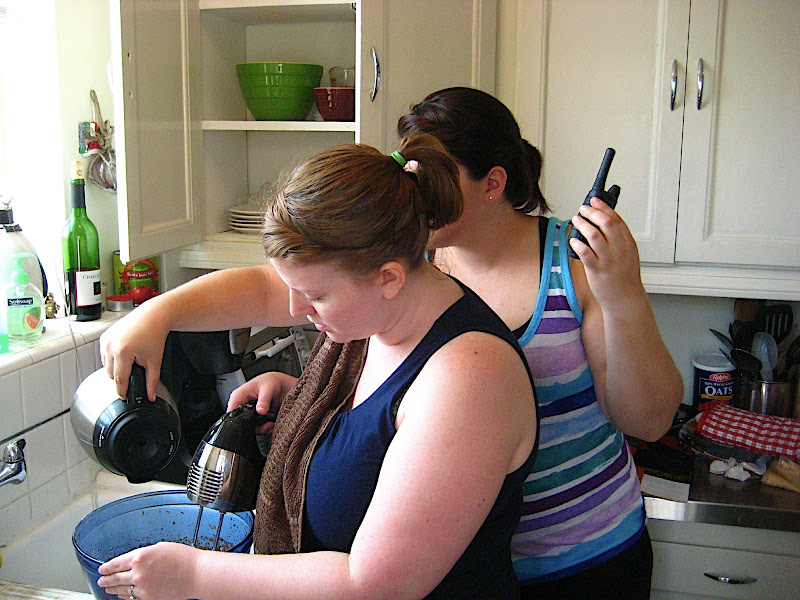 I added coffee while listening. 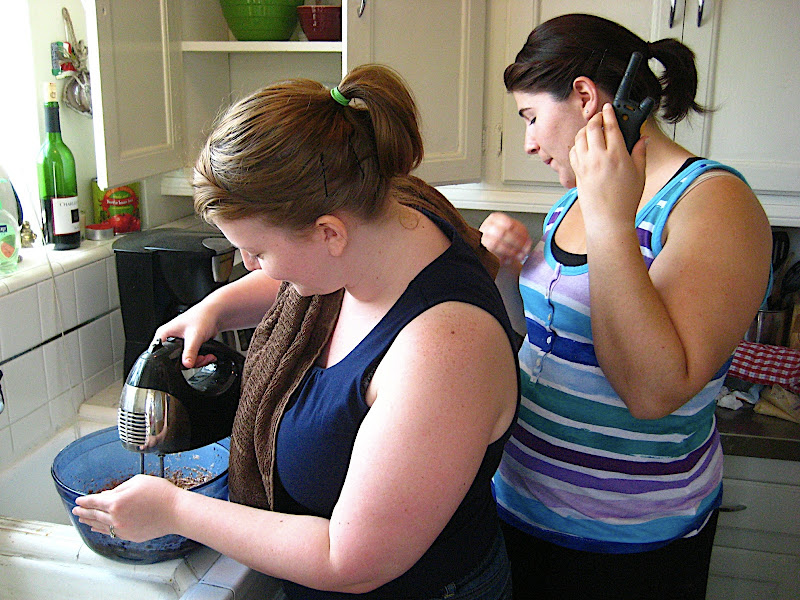 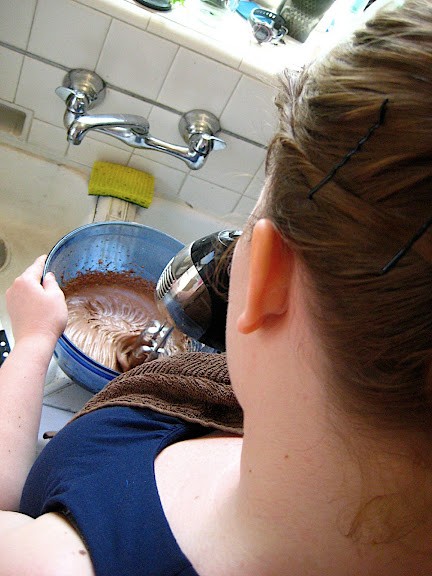 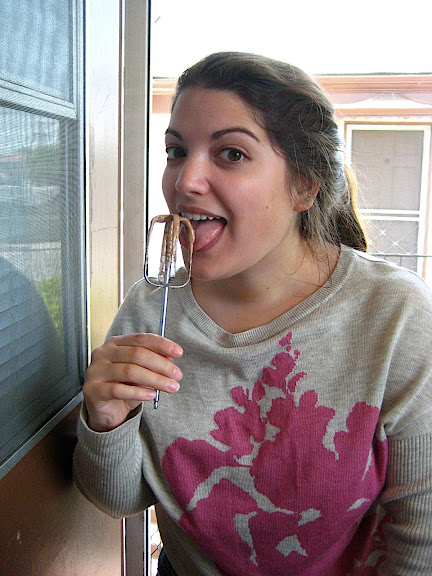 Ellen was there, too. We had convinced her to skip yoga and come over to make brownies, and then we went for a walk, instead. And after our walk, the brownies were cool enough to frost. 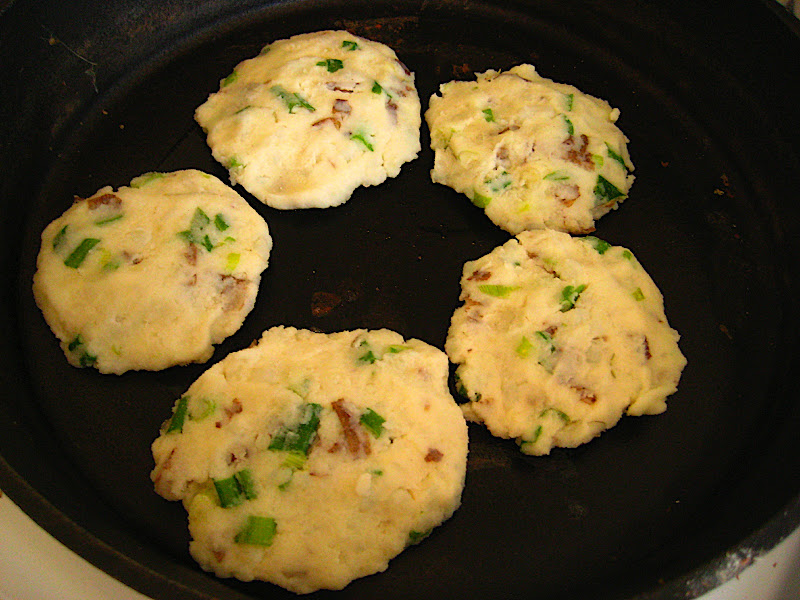 Also, we made potato pancakes while we waited. 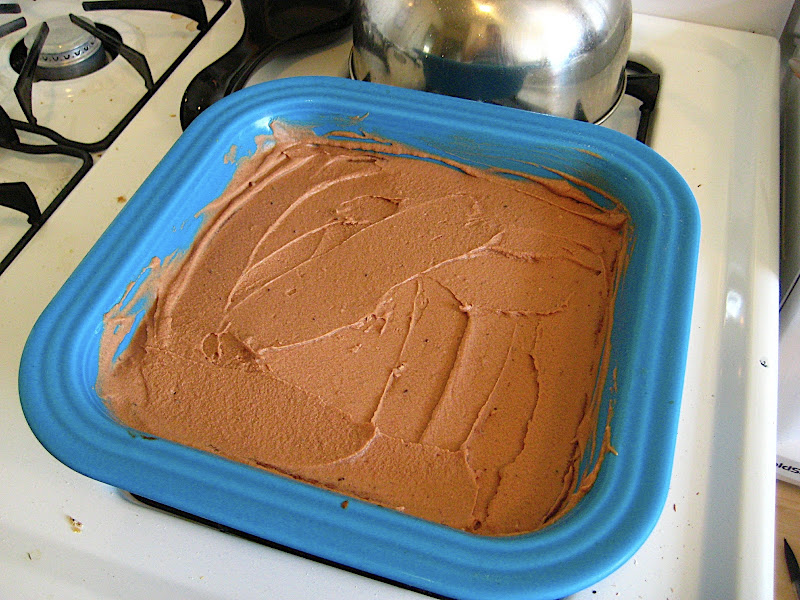 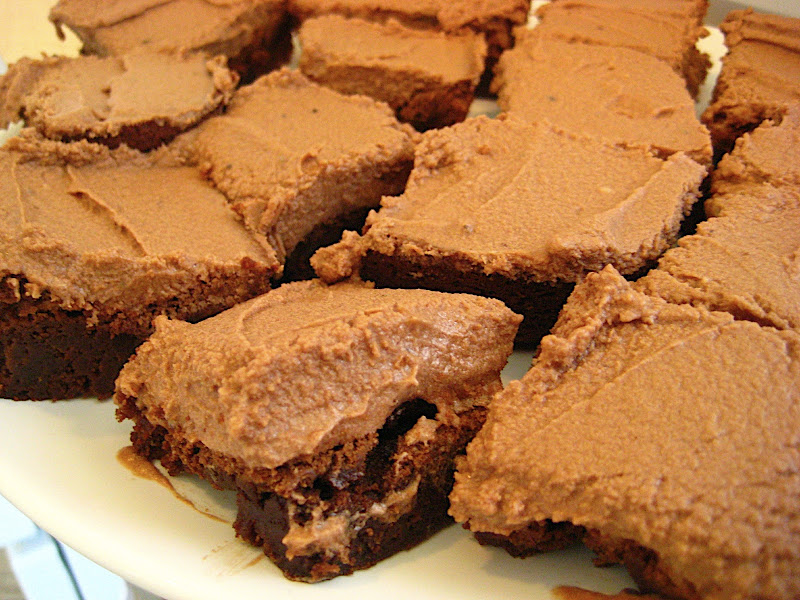